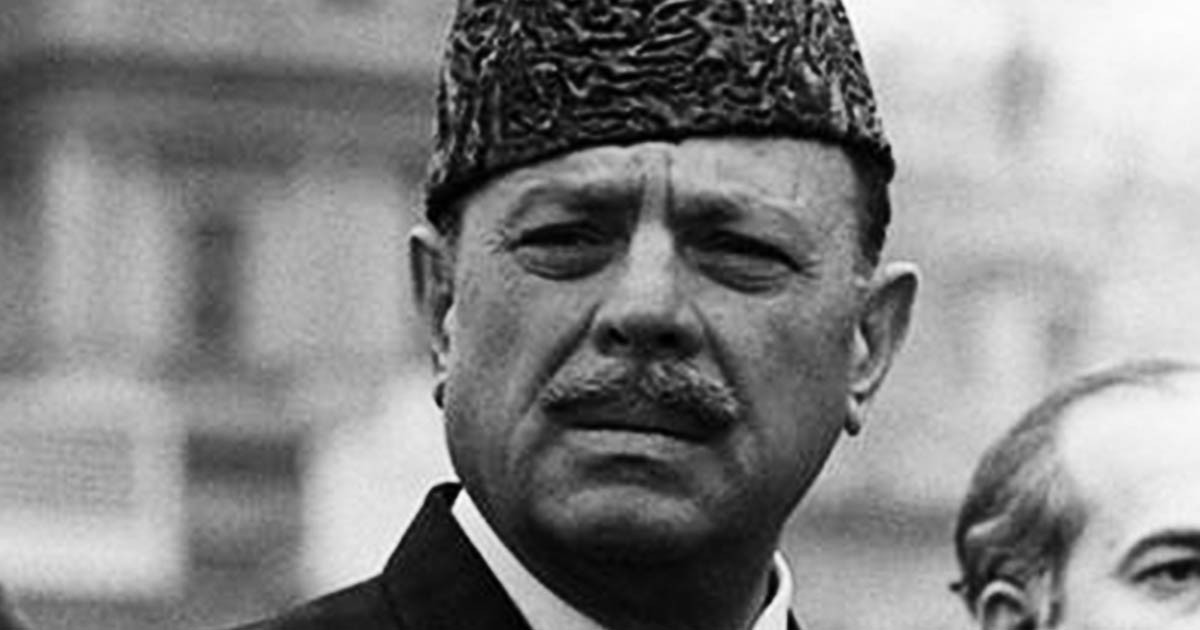 As the first generation of Pakistan, our journey has been very painful because we have seen both the rise and fall of our own country in our lifetime. We started off well but then lost our way. With weak political structures, the administration took control. A new concept of stealing elections was introduced. Instead of voters, the administrators became important.

Today vampires rule over us. As a Muslim League child growing up amongst the workers and leaders of the freedom movement, the pain is even deeper. For my father the Tehreek-e-Pakistan Gold Medalist, the stakes were even higher. He would always fight back for corrective mechanisms, was unwilling to be a disinterested observer while the society collapsed around him.

The lawyers’ movement in 2007 brought the Tehreek into the mainstream of politics. For the first time, the corruption-ridden two-party system (PPP, PML-N) was challenged.

The British ruled over the Indian Subcontinent through very effective administrative structures. Even the Indian National Congress (INC) party came out of this set-up as a subservient political platform. Quaid-e-Azam entered politics through INC and worked tirelessly for Hindu – Muslim unity.

Being fed-up with the hypocrisy and double standards of the Hindu leadership he decided to leave politics to focus on his legal practice in the United Kingdom. It was the visionary Allama Iqbal who convinced him to return and lead the Muslim League which was a genuine political entity formed for the uplift of the Muslims in December 1906 at Dhaka.

In the last elections under the ‘Raj’ in 1946, the All India Muslim League polled over 85% of the Muslim votes. Jinnah succeeded in carving out a new state for the Muslims of India but inherited the viscous colonial administrative structure. The founding fathers had the vision to govern the new land. There was both will and honesty of purpose. Pakistan and its people had to be served. ‘Khadims’ not ‘Sahibs’ were required.

The murder of the first Prime Minister (PM) Liaquat Ali Khan changed the scenario. Khawaja Nazimuddin the Governor-General had to step down to become PM. Baboo Ghulam Muhammad (Gamma) replaced him, Ayub Khan became a cabinet member in uniform while his brother continued at Police Chief, the murder mystery of the PM was never resolved.

Unlike the All India Muslim League (AIML) the ‘Sarkari Leagues’ (PML-N, PML-Q, CML etc) were organized with the help of the administrative machinery as such real politics became subservient to the administration. Massive recruitment was carried out against merit to accommodate loyalists in important departments like Police, Education, and Revenue. People and their welfare became unimportant. Loyalty became the driving force.

Ayub Khan’s EBDO (Elected Bodies Disqualification Ordinance) was the final blow to politics. Political heavyweights who could lead the nation towards freedom were pushed aside. Hussain Shaheed Suhrawardy valiantly fought back. He was exonerated by the Military Tribunal, as such his party remained intact in the Eastern Wing while a huge political vacuum was created in the West. In order to avoid the wrath of the establishment, Suhrawardy Sahib went into self-exile to Beirut where he was later found dead in a hotel room where he was staying.

People’s power is needed to build nations exercised through organized, functional and responsive civilian institutions which unfortunately the Islamic Republic of Pakistan does not have.

As Ayub Khan’s minister Zulfiqar Ali Bhutto (ZAB) sensed the divide between the administrative and political structures. He launched his people’s Party in 1967 and organized it at the grass root level. After 1946 when the first free and fair elections were held in 1970 the ‘Sarkari Leagues’ were wiped out. Suhrawardi’s Awami Party now led by Mujib-ur-Rehman, ZAB’s People’s Party and Qayum League emerged as genuine political forces that challenged the hegemony of the establishment exercised through administrative structures for decades.

In 1996 when the political circus was at its peak, Imran Khan decided to launch his Tehreek-e-Insaf(PTI). Around the year 2006 Comrade Ahsan Rashid one of the founding members of the party was given the task of re-organizing the party at the grassroots level. The lawyers’ movement in 2007 brought the Tehreek into the mainstream of politics. For the first time, the corruption-ridden two-party system (PPP, PML-N) was challenged. PTI is now in power while the corrupt are facing political annihilation through effective accountability.

Politics cannot prosper without political structures. Elected representatives of the people have to lead while the administration has to serve the masses. When Baboo Ghulam Muhammad became the Head of State there was a serious setback for the democratic forces. In the seventies, ZAB tried to strengthen political structures and so did Benazir in the nineties. Now the mantle is with the Kaptaan to bring back and strengthen real politics in the country. The task is not simple. The administrative structures in the country are well entrenched and lethal while the political forces are in disarray. People of the Islamic Republic continue to suffer while power remains with the administration.

After the Lawyers Movement of 2007, the judiciary has started to play its role but there is still a long way to go. People’s power is needed to build nations exercised through organized, functional and responsive civilian institutions which unfortunately the Islamic Republic of Pakistan does not have.

Will the WTO survive Trump?

Modi-care first won him Indian hearts and then, India