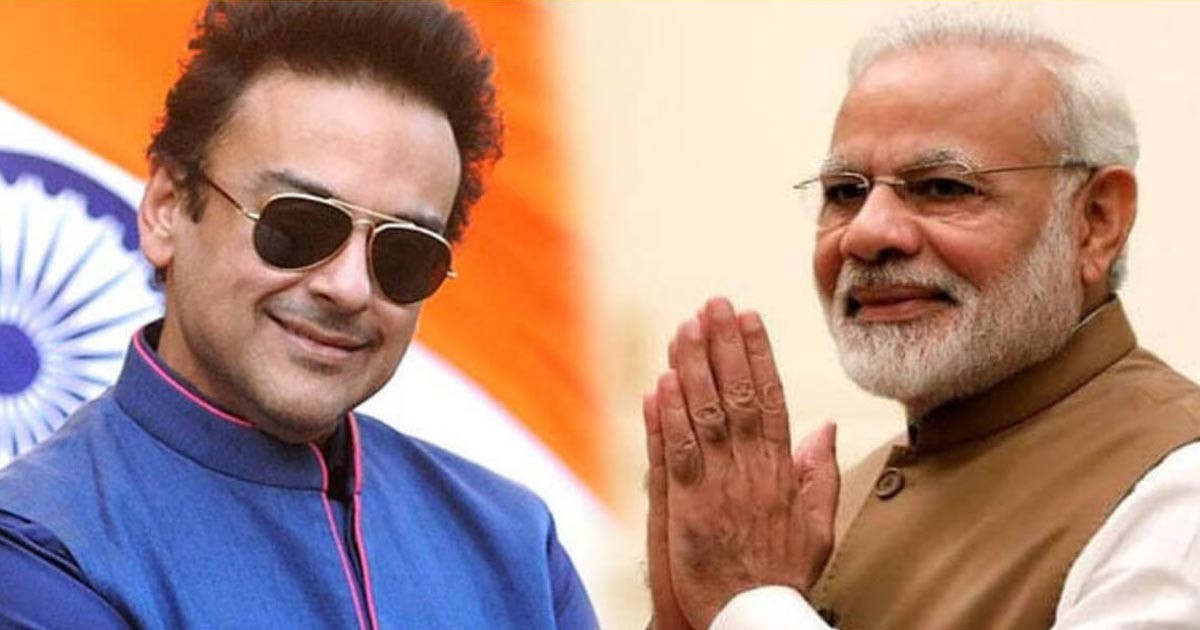 The award recognized Sami’s services for art in India.
The announcement spurred a whirlwind of criticism, a score of Indian social media users including Congress lawmakers, rebuked and scowled at BJP and Prime Minister Narendra Modi for honouring Adnan Sami with Padma Shri.

Congratulations to all those who have been conferred the Padma Awards. The awardees include extraordinary individuals who have made exceptional contributions to our society, nation and humanity. https://t.co/POdpBsPtq4

Adnan Sami called it a ‘great’ moment of his 34-year long musical career in a tweet. He is elated to be honored by his government for his services.

But a score of Indians are unhappy and questioned making him stand at par with Indian high achievers. They slammed PM Modi for awarding Adnan Sami-son of a Pakistani PAF war veteran who fought against India in wars and even crashed Indian jets in the 1965 war, Padma Shri.

The Padma award for Adnan Sami has foxed, even flummoxed a lot of people. But I think he himself had in a song long ago described the feeling: "Kaise kaison ko diya hai, aise waison ko diya hai."

Another Indian user rebuked BJP for undermining the prestigious Padma Shri award by giving it to a man who has in credits excessively denigrating Pakistan lately.

He strongly rebutted Congress’s diatribe against him. He argued children should not be grilled for the mistake of parents. However, Adnan Sami has already declared his father an Indian amid an argument with a Pakistani Twitter user in August last year.

Adnan Sami and Pakistani Twitter users traded extreme sarcasm when the former celebrated India’s Independence Day. Pakistani users accused him of betraying his motherland-Pakistan and asserted that they are happy they got rid of him. Adnan Sami, retorted to his critics, said he walked away because he was undervalued in Pakistan.

#LIVE on #ProudToBeIndian | Tune in to watch Padma Shri-awardee Adnan Sami's musical response to his critics, as he speaks to Arnab on the special #RepublicDay broadcast, on-air, here – https://t.co/rGQJsiKgt2 pic.twitter.com/CTJhWRiEWL

Amid the exchange of fiery remarks, a twitter user asked Adnan Sami about the origins of his father-where he was born and where he died. Adnan Sami gave an interesting reply stating that his father was born in India in 1942 and died in India in 2009. He, however, twisted the question and escaped from having to speak about the details of his father’s life, Arshad Sami Khan, and gave the impression that his father was an Indian too.

His response sent a shockwave through Pakistani Twitter users, as many of them came forth and shared the details of his father’s services to Pakistan. His father, Arshad Sami Khan, was a valiant Pakistan Air Force fighter pilot who fought against Indian Air Force in the 1965 war and was awarded Sitara-e-Jurat. He was later taken to India for treatment where he died in 2009.

Adnan Sami has been living in India since 2001 and was granted Indian citizenship in 2016. The Home Ministry confirmed his citizenship post his appeal to legalize his stay in India.

He is under extreme dissension from Pakistani Twitter users ever since he was spotted cheering the Indian Air Force and Prime Minister Narendra Modi in February.

To mock him, memesters and Pakistani Twitter users even declared him an undercover ISI agent in India.