Afghan citizens burned to death in Iran recently, after Iranian police shot at their vehicle and caused it to catch fire. This comes only weeks after multiple Afghan migrants drowned in Iran, as border police forced them to cross the river at gunpoint. 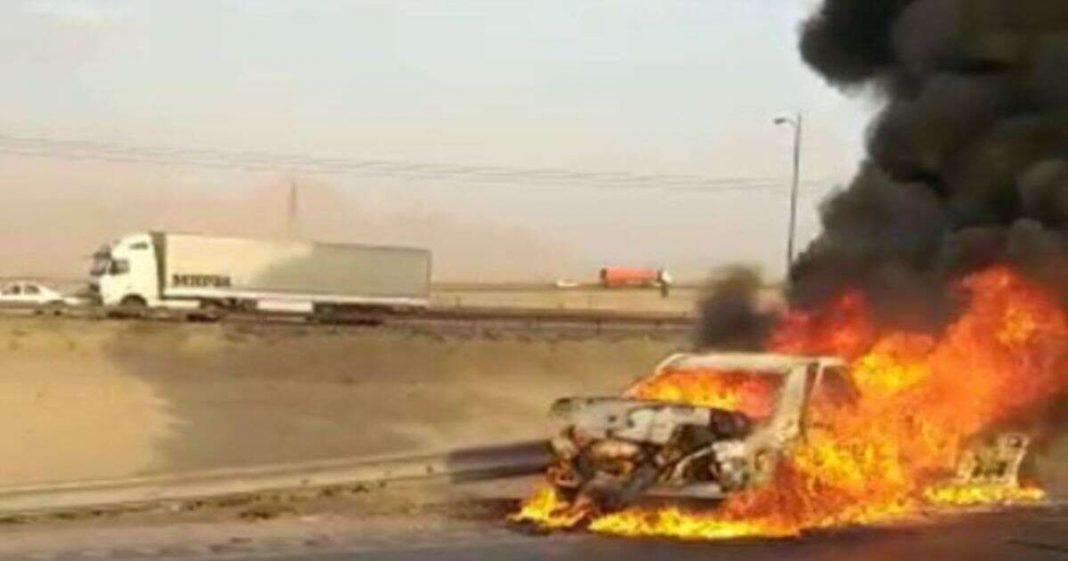 Afghanistan has called for a probe into the burning to death of three of its citizens in Iran, weeks after an alleged drowning of Afghan refugees by the Iranian forces in a river.

In a statement, the Afghan Foreign Ministry said it is closely monitoring, investigating and evaluating the burning of a car carrying Afghan citizens in Yazd, which resulted in three deaths and several injuries.

It said that Ghafoor Lewal, the Afghan ambassador to Tehran, arrived in Yazd on Friday to visit the victims of the incident and to discuss with local officials reasons for the alleged shooting by the police at the vehicle and ways to prosecute the perpetrators.

The Afghan foreign ministry confirms 3 Afghans were killed and 4 were wounded in vehicle carrying 13 total involved in traffic accident in Iran.

The ministry says an Afghan delegation has been sent from Tehran to Yazd province to probe the incident. pic.twitter.com/M3FLdtHhue

“The Ministry of Foreign Affairs will take the necessary decisions based on the results of the probe,” the ministry said.

Earlier, Iran’s Tasnim news agency reported three deaths in the incident, citing police. According to Iranian media reports, police in Yazd province confirmed that the vehicle was shot by security forces after it did not stop at a checkpoint.

The world is so desensitized to Afghan suffering that literally no one cares. Afghans themselves do not care. Everywhere our Afghans go they are oppressed. Theyre not safe in their own country and are burned alive in neighboring countries like Iran. When will our people see peace

Video footage posted on social media showed a boy escaping from the blazing car with burns on parts of his body and begging for water. The ministry said the video was genuine and Afghans in Iran were trying to identify the victims.

The boy’s plea of “give me some water, I am burning” was widely circulated on social media and taken up by rights group demanding justice.

“Iran has no right to kill Afghan refugees, they can seal their borders, expel all Afghans but not kill them,” said Ali Noori, a lawyer and rights activist said on Facebook.

Last month, an Iranian diplomatic mission visited Kabul in connection with the infamous drowning case of dozens of Afghan migrants that stirred a diplomatic row between the two countries.

Afghanistan’s Independent Human Rights Commission, after talking to survivors, had confirmed the beating, torturing and drowning of several Afghan refugees by Iranian border guards, a claim rejected by Tehran.

The Afghan Independent Human Rights Commission (AIHRC) on Wednesday urged Iran to identify and punish those border guards who coerced a group of Afghan migrants to cross a river at gunpoint, resulting in a number of them drowning.

“The government of Iran needs to identify the perpetrators of this human rights violation as soon as possible and ensure justice,” AIHRC spokesman Zabihullah Farhang said.

The migrants “were subjected to inhumane treatment by the Iranian border guards,” said the AIHRC.

Most of the victims were from the western Herat province, which lies near the border with Iran.

In recent years, Iran and Afghanistan have had an uneasy relationship, with Kabul accusing Tehran of using Afghan Shiite migrants to fight its proxy wars in the Middle East, as well as providing cash and arms to Taliban insurgents fighting the Afghan government and US-led troops.

Prime Minister of Pakistan Imran Khan and Iranian President Hassan Rouhani addressed a joint press conference in Tehran in April, where the need for improving cooperation in countering terrorism and improving trade relations were stressed.

Prime Minister Imran said, four decades of war in Afghanistan had affected Pakistan and Iran. Pakistan hosted four million Afghan refugees at one point. I know, Iran has three million refugees. He said that “It is in the interest of both our countries that there is peace in Afghanistan.”

Afghans have for decades sought refuge in Iran from war and poverty in their homeland.
Iran says about 2.5 million Afghan migrants, both legal and undocumented, live there. Facing its own economic problems worsened by international sanctions, Iran has at times tried to send Afghans home.

Previous articlePTI leader Jahangir Tareen answers why he flew to London
Next articleSolidarity from Iraq: “We want to breathe, too”

29 July 2021
Previous articlePTI leader Jahangir Tareen answers why he flew to London
Next articleSolidarity from Iraq: “We want to breathe, too”