Videos showed young men waving Afghan flags ganging up on a person and beating him outside the stadium. 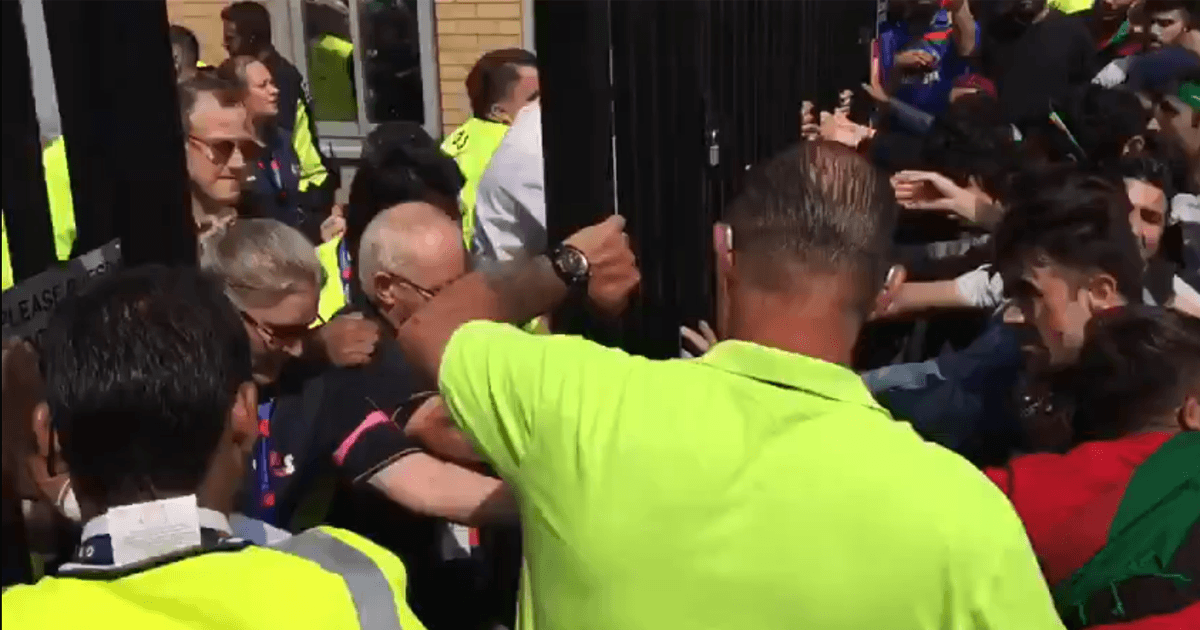 The atmosphere in Pakistan and Afghanistan’s world cup game turned ugly, as Afghan fans created a disturbance outside the stadium.

This is Afghanistan’s first World Cup and their clash with neighbors Pakistan has gained a special importance for both teams. Pakistan must win to grab a spot in the semi-finals after a shaky start to the tournament. On the other hand Afghanistan have failed to win a single match despite some close contests and are playing for pride.

The news of the disturbance caused by Afghan fans outside Leed’s Headingly stadium first surfaced on social media. Videos showed young men waving Afghan flags ganging up on a person and beating him outside the stadium. Another video showed Afghan fans quarrelling with security and trying to force their way into the stadium. TV reports said 2 people had been arrested in connection with the incidents.

While I was making footage of Afghanis attack on Pakistani spectators.The angered crowd manhandled me as well.Tried to snatch mobile phone and pushed me several times.Thanks to security for timely response.Surprised and shocked to see such hatredness towards Pakistanis. pic.twitter.com/zPzCWxlgYW

The news of the disturbance by Afghan fans drew a heavily critical reaction from social media, many people said that such a disturbance had never even been seen at a Pakistan-India match.

I have covered hundreds of international games, never seen such pathetic behaviour, full of hatred and abuses, they even harassed Pakistani journalists, manhandled @makhdoomab outside the ground. Such hostility isn’t seen even in India Pakistan games. https://t.co/yM8UJpgrOQ— Faizan Lakhani (@faizanlakhani) June 29, 2019

A new rivalry in the making?

The charged emotions leading upto to the match could be partly to blame for the behavior of the Afghan fans. CEO of Afghanistan Cricket had recently claimed that his country had outstripped Pakistan’s cricket team. The claim of superiority did not go down well with Pakistan. On the eve of the World Cup clash, former Pakistani fast bowler Shoaib Akhtar put up an aggresive video on his Youtube channel, that further charged the atmosphere.

Shoaib Akhtar's message for Afghanistan and their cricket board ahead of clash with Pakistan. pic.twitter.com/cNynasUWbc— Ashar Jawad (@AsharJawad) June 28, 2019

However, it seemed the atmosphere would calm down as the Afghan captain Gulbadin Naib said that he hoped cricket would improve bilateral ties between the neighbors, in his post match press conference.