The Afghan government and Taliban are all set to hold much-awaited peace talks from mid-June. Pakistan, historically a major player in facilitating Afghan peace talks, is to attend. Pakistan's military and intelligence chiefs have also landed in Kabul ahead of the talks. 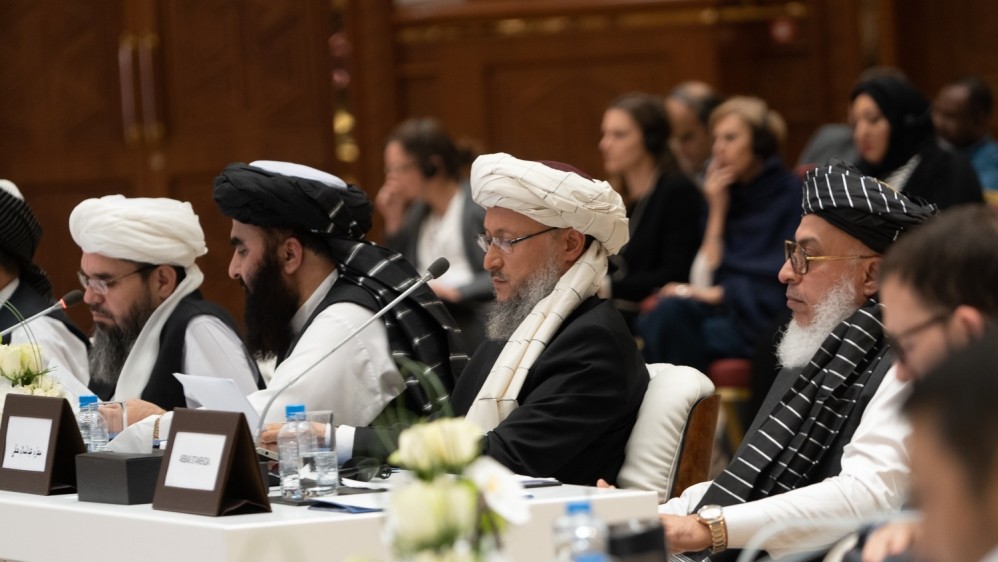 Ahead of crucial intra-Afghan talks between the Taliban and Afghan government, Pakistan’s military and intelligence chiefs landed in Kabul on an unannounced visit on Tuesday, officials confirmed.

Direct negotiations between #Afghan govt and Taliban are expected to begin in July.

Qatar, where Taliban has political office, likely to host.

The talks over permanent ceasefire and power-sharing arrangement expected to be protracted and complex. #Afghanistan pic.twitter.com/7NfTbuche4

According to the Embassy of Pakistan in Kabul, Chief of the Army Staff Gen. Qamar Javed Bajwa and head of the Inter-Services Intelligence Lt. Gen. Faiz Hameed met Afghan President Ashraf Ghani at the presidential palace.

On Monday, the Afghan Foreign Ministry hailed the appointment of Mohammad Sadiq Khan, who had served as Pakistan’s ambassador to Afghanistan from 2008 to 2014, as special envoy for Afghanistan.

Mohammad Sadiq Khan, who had served as Pakistan’s ambassador to Afghanistan from 2008 to 2014, called on Foreign Minister Shah Mehmood Qureshi soon after the announcement of his new assignment in capital Islamabad, a statement from the Foreign Ministry said on Saturday.

Foreign Minister, Shah Mahmood Qureshi says lasting peace and stability in Afghanistan is indispensable for construction and development of the entire region.

Talking to Special Envoy of Pakistan to Afghanistan Ambassador Muhammad Sadiq in Islamabad on today, he said Pakistan sincerely played its constructive role in Afghan peace process, which is now being acknowledged by the world community as well.

In an official handout, the ministry hoped the appointment of Khan would help bolster bilateral ties and bring peace in Afghanistan.

His appointment last week coincided with desperate attempts from Islamabad’s longtime ally, Washington, to court the warring Taliban to hold direct talks with Kabul government — a key component of a historic peace deal struck between the US and the Taliban in February.

The United States Afghan peace envoy and Pakistan’s army chief have held talks to discuss the commencement of a peace process between the Afghan government and the Taliban, according to a statement, as violence has recommenced after a brief ceasefire was announced two weeks ago.

US Special Representative for Afghan Reconciliation Zalmay Khalilzad met with Pakistani army chief General Qamar Javed Bajwa in Islamabad on Sunday, the US and Pakistan’s military said in separate statements.

In December 2018, Pakistan arranged rare direct talks between Washington and the Taliban, paving the way for the Doha peace deal between the two sides.

In April, two months after the US and the Taliban signed a deal Washington heralded as the way to end Afghanistan’s war, violence was spiralling out of control and experts say a fragile peace process risks collapse.

Dozens of Afghan security forces and Taliban fighters had been dying almost daily with civilian casualties rising across the country as both sides ramped up operations.

The insurgents have been emboldened by Afghan deal that gave them many concessions in exchange for few commitments, fuelling their surge of attacks in recent weeks, analysts say.

An Afghan official said that on average, the Taliban have launched 55 attacks each day since the Afghan deal signing in Doha on February 29, while a UN agency reported that Afghan forces are causing more child deaths than the insurgents — mainly from airstrikes and shelling.

Analysts say the bloodshed was predictable — or inevitable — given the wording of the deal and the sweeping concessions the US granted its foe of more than 18 years.

Titled the “Agreement for Bringing Peace to Afghanistan”, the accord promises a full withdrawal of US and foreign forces without the Taliban committing to a ceasefire or even any reduction in violence.

Thus, talks between the Afghan government and Taliban are imperative in order to achieve peace in the region.

US general praises Taliban’s effective, efficient fight against IS