India's Hybrid War plans to exploit Afghanistan as a terrorist-spewing proxy against Pakistan have become more complicated following the nascent Afghan-Pakistani rapprochement of the past week. 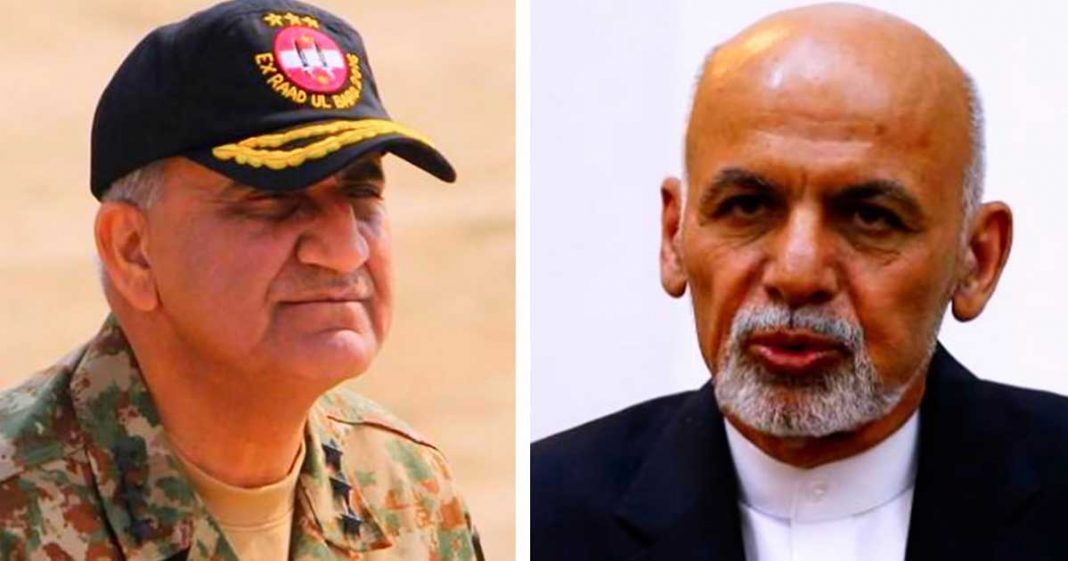 A surprise development took place earlier this week after Pakistani Chief Of Army Staff (COAS) Bajwa visited the Afghan capital of Kabul for talks with its leadership as part of his country’s efforts to facilitate the ongoing peace process in the neighboring state. Pakistan’s Inter-Services Public Relations (ISPR) media wing of its armed forces published a press release about their meeting, but it should also be added that it was about much more than just the concise summary that they shared.

Pakistan believes that Kabul’s reluctance to release the 5,000 Taliban prisoners that was previously agreed to is dangerously threatening the nascent peace process, hence why COAS Bajwa must have presumably emphasized the necessity of complying with this clause to his hosts. He would have also assured them of his country’s assistance in supporting a peaceful political solution to the long-running conflict in coordination with all of the neighboring stakeholders.

After all, Pakistan is the obvious solution to Afghanistan’s economic problems, but bilateral trade can only surge upon the stabilization of their border. Once that’s achieved, and the prerogative rests with Kabul for doing so after Islamabad already fulfilled its responsibilities in this respect, then the several million Afghan refugees in Pakistan can have an early and honorable return to their homeland. Afterwards, people-to-people ties can flourish and more meaningful COVID aid can be disbursed.

What’s important to take note of amidst all of this is that India’s Hybrid War plans to exploit Afghanistan as a terrorist-spewing proxy against Pakistan have become more complicated following the nascent Afghan-Pakistani rapprochement of the past week. That development reduces, but crucially doesn’t completely eliminate, India’s ability to continue waging its campaign of terror against Pakistan from the landlocked country that its policymakers regard as providing them with so-called “strategic depth”.

This couldn’t have been possible without the US’ support, strongly suggesting that it’s decided to limit its Indian ally’s involvement in Afghanistan for the sake of protecting its strategic relations with Pakistan in pursuit of their much more closely aligned goals in that third country. So as to better understand the motivation behind the US encouraging its Afghan political proxies to reciprocate Pakistan’s peacemaking outreach to the point of their current rapprochement, here’s a simplified breakdown of all three main players’ interests in that country:

– Exploit refugees as “Weapons of Mass Migration” against Pakistan

– “Contain/Isolate” Pakistan from the rest of the region

– Rely on Pakistan to diplomatically assist the Afghan peace process

The US’ goals in relation to India are the first and fourth ones whereas those of pertinence to Pakistan are the second and the third. Considering that America allowed its Afghan proxies to enter into their current rapprochement with Pakistan, it can be concluded that its grand strategic goals in the contemporary context are best advanced by aligning closer with Pakistan’s than India’s.

This insight reveals that India’s US-backed role in Afghanistan might soon diminish since America wouldn’t need India in this respect to economically “contain” China through Chabahar if it actively invests in N-CPEC+ with this intention (even if that said intention isn’t shared by Pakistan which might only regard the US’ role as an apolitical investment). Nor, for that matter, would the US actively support Indian-backed terrorist groups there since they could endanger the safety of any of the its forthcoming N-CPEC+ investments in Pakistan.

Looking forward, Pakistan proverbially won a strategic battle with India in Afghanistan but has yet to win the war there since New Delhi’s pernicious influence is still pervasive. Nevertheless, the credible presumption that the US supports the Afghan-Pakistani rapprochement gives rise to cautious optimism that India’s new patron is reconsidering the wisdom of its prior assistance to its proxy there upon recalibrating its regional strategy in order to accommodate it to new realities.

US Army will not Serve as Law Enforcement: Trump seeks Withdrawal from Afghanistan