The future of Indo-Pak hybrid wars

The security paradigm of South Asia is fast transforming which limits India’s options as now it does not enjoy a wide range of conventional choices to intimidate Pakistan. 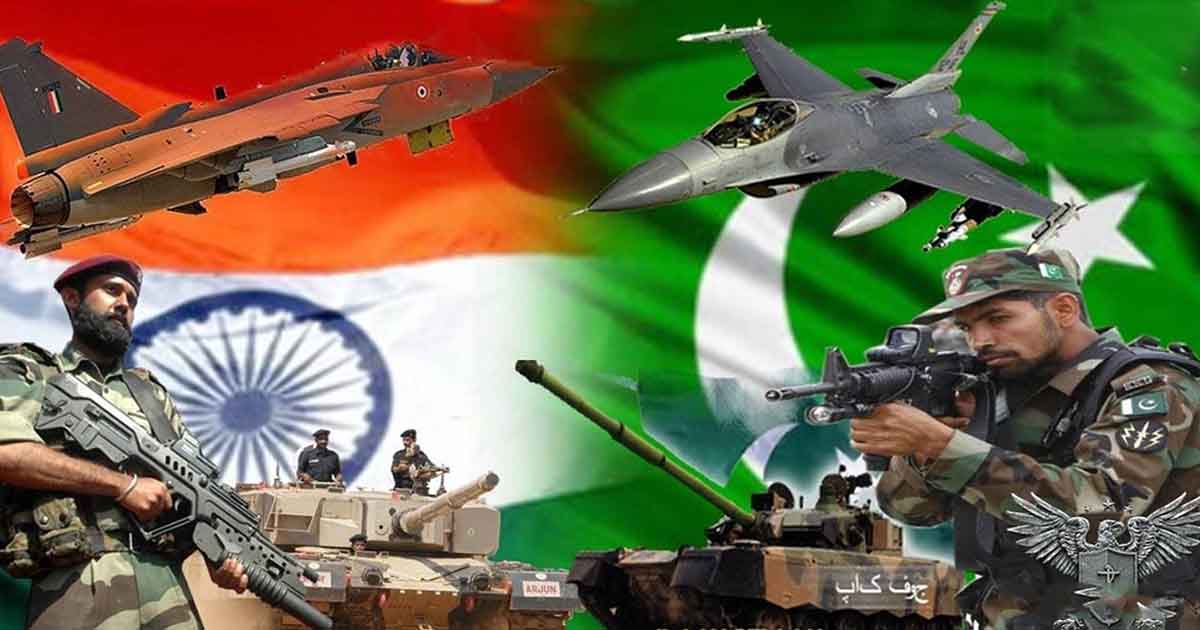 Hybrid Warfare is not a new phenomenon. For centuries it has been used in combination with conventional and symmetric combats to target the enemy at various levels. The purpose remains to make the target internally bleed leading to comparative or complete advantage in the conventional field. Insurgencies, terrorism, bioterrorism, have been very common tactics in the hybrid war strategy. Currently, as the complete war is losing its international acceptability hybrid warfare has assumed various new forms to penetrate the target.

The latest literature on hybrid wars discusses the angle of social disruption excessively. This tactic has much potential to engage the enemy internally with the probable advantage of coercing through other means too, including massive pressure on borders.

Hybrid warfare between Pakistan and India

This case perfectly fits in on what is going on between Pakistan and India for the last few years. Since 1971, Pakistan has focused on its comprehensive defence against India bringing it to the ebb of current conventional military and nuclear capabilities. India was well aware of Pakistan’s growing capabilities. For the last one decade, India has directly been involved in Balochistan; the major fault line of Pakistan’s politics and society. This decade following 9/11 and US involvement in Afghanistan, India was provided with adequate space on Afghan land to sponsor and facilitate asymmetric incursions into Pakistan.

A very important recent addition to the literature on security matrix of Pakistan and India is “Not War, Not Peace” By George Perkovich and Toby Dalton. That book explicitly develops the case for India that the security paradigm of South Asia is fast transforming which limits India’s options against Pakistan as it does not enjoy a wide range of conventional choices to intimidate Pakistan.

Furthermore, massive border incursions, airpower, naval power are no more effective against nuclear Pakistan. Economic sanctioning, diplomatic pressures are also limited options owing to various other factors. The recommendations plausibly put up the options of targeting Karachi and Balochistan, the major and potential economic hubs and social creeks of Pakistan. This book justifies its recommendations on the ground of threats India might have from terrorist groups in Pakistan like Lashkar e Taiba.

Pakistan has long been raising voice against Indian involvement in Balochistan which left no doubt after Kulbashan Yadav case. The changing global political landscape has transformed South Asian security matrix too deeply. Emerging China with the vision of BRI offered Pakistan CPEC which elevates Pakistan to a position of clear advantage over India. With rising opportunities threats and limitations are also attached. Same is the case of Pakistan.

Why is India failing to isolate Pakistan?

India’s efforts during the last few years to isolate Pakistan diplomatically are fading out due to Pakistan’s active role internationally. Its unchallenged importance to the US in Afghan dialogue has further limited India’s options. Pakistan’s security-centric approach has widely been criticized within and without, but last year’s Pakistan-India standoff deterministically established that this approach paid off. Post Pulwama attack crisis further limited India’s military options against Pakistan through the determination of the latter’s conventional superiority.

The revocation of Article 370 of the Indian Constitution and elimination of the special status of Indian Occupied Kashmir speaks of the frustration Modi administration is facing in the wake of rapidly transforming security matrix in South Asia. India has been using various excuses to unleash nonconventional threats against Pakistan which may socially disrupt and cripple it. As in 2016, Modi administration has equivocally considered revoking the Indus Water Treaty which it could not do due to the obligation it has under the signed treaty. But since then the rhetoric in India puts forward its position to dismantle Pakistan’s water security to trigger social disruption.

Gilgit Baltistan which is integral to CPEC due to its northern artery is the target of Indian policy statements claiming it part of Indian territory. India’s claim further exacerbated with the very recent groundbreaking of Diamir Bhasha Dam in the region. Despite the unprecedented global crisis in the wake of Covid-19, India has heightened the tensions on the border to engage the military already on the frontline in relief activities.

Read more: The beginning of the Bengal hybrid war

The social problems Pakistan faces in Gilgit Baltistan may provide India with a ripened opportunity to unleash a hybrid war against Pakistan by fueling the social disruption. No one can deny that the people of Gilgit Baltistan and Balochistan face severe economic, political and social disparity which is augmented by racial and sectarian politics.

The biggest challenge we face is of political instability and poor governance which are clearly in play during the days of fighting the Covid-19. The centre-province rivalry, mismanagement, unsatisfactory health system and economic meltdown deepen the social woes of the population. This situation provides with ample opportunity to socially disrupt the state as the society in Pakistan is already stronger than the state.

The social disruption may be caused in Pakistan through various means. We live in the age of information not that of knowledge. The social media is an active weapon of social disruption. Economic crisis amid the lockdown has hit the already underprivileged parts of Pakistan much hard giving rise to social disturbance highlighting the vulnerabilities of the social and political system much more than ever before. There is an immediate need to address these problems and shift the focus of security to the grass-root level of society through administrative and political redressing.

Zainab Ahmed is a PhD Scholar at the Department of Political Science, University of Punjab, Lahore. Her areas of interest are national security, Water security and regional security. The views expressed in this article are the author’s own and do not necessarily reflect the editorial policy of Global Village Space.

Previous articleEid Prayer called off in Turkey as country hits over 150,000 corona cases
Next article‘Do you ask me for a license to kill children?’ LHC rejects plea to open parks on Eid

29 July 2021
Previous articleEid Prayer called off in Turkey as country hits over 150,000 corona cases
Next article‘Do you ask me for a license to kill children?’ LHC rejects plea to open parks on Eid

Urbanization and declining agriculture: How to balance them off?

Foreign diplomats visiting GB blown away by its natural beauty

China in praises for Pakistani doctor volunteering to fight Coronavirus