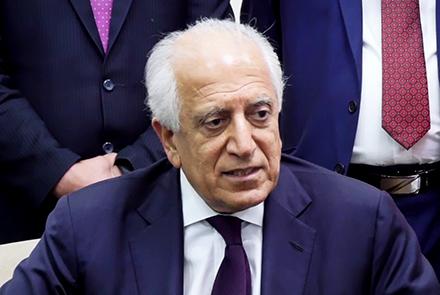 The first all-Afghan meeting regarding the future of their country scheduled in Doha has been cancelled due to reasons which vary depending upon which side is being asked. President Ashraf Ghani administration believes that it was sponsors and the Taliban who wanted some of the prolific names to be excluded from the delegation representing the Afghan society. These people, the Afghan officials say, have been vocal about the atrocities committed by the Taliban regime during the rule 1996-2001.
Peace Delegation or Wedding party?

On the other hand, sponsors of the talks said that the size of delegation (more than 200 participants) which Afghan government wanted to participate was not possible to accommodate due to logistical constraints. “Despite tireless and well-intentioned efforts of all parties, a shared understanding on how to achieve inclusivity could not be reached,” tweeted Sultan Barakat, a scholar in Doha whose institute organized the talks. “This doesn’t reflect a lack of will to deliver #peace but clearly the moment is not yet right.”

So far, the biggest hurdle towards a major breakthrough in the dialogue process has been inflexibility shown by the Taliban over inclusion of the Afghan government.

Taliban had earlier ridiculed the delegation announced by Ghani administration saying that it resembles more a wedding ceremony being held in Kabul instead of talks pertaining to serious matters at hand.

They said that so far the negotiation process with the United States of America has been quite organized and smooth, contrary to what is most likely to happen with the Afghan delegation. Responding to these comments, some members of the announced delegation voluntarily withdrew their names in protest of the humiliation which was intended under the pretext of these remarks.
Taliban: Direct talks only with the United States, the real power in Afghanistan

Taliban have seen this large delegation both as a nuisance and an attempt by Ashraf Ghani government to directly engage Taliban by including several members of the current government in the delegation who were apparently coming in their private capacity. However Taliban are adamant from the beginning of talks that they see Kabul regime as mere puppet and the real power in Afghanistan is not Kabul government but the occupying US forces. Taliban thus insist that they only need to have direct talks with the United States which are continuing.

(1/2) I'm disappointed Qatar's intra-Afghan initiative has been delayed. We're in touch with all parties and encouraged that everyone remains committed to dialogue and the #AfghanPeaceProcess. pic.twitter.com/iCaHqf8vyw

US Special Envoy Zalmay Khalilzad expressed his disappointment via a tweet saying, “I’m disappointed Qatar’s intra-Afghan initiative has been delayed. I urge all sides to seize the moment and put things back on track by agreeing to a participant list that speaks for all Afghans.”
Read more: Afghan peace would fall apart without Taliban reintegration into society

Though the organizers are still hopeful that the significant meeting has not been cancelled altogether rather postponed since the environment was not feasible, but it is least likely to occur anytime soon. So far, the biggest hurdle toward a major breakthrough in the dialogue process has been inflexibility shown by Taliban over inclusion of Afghan government.

The electoral process in Afghan is rigged at several levels still Kabul regime is closest to what could be said as representation of the aspiration of overall Afghan society but Taliban have been adamant that Afghan parliamentarians are nothing but stooges acting on behalf of foreign forces. The United States has tried for a long time for an Afghan-led peace solution before finally giving up and getting involved in direct talks with Taliban insurgents after no other option remain viable.

Unfortunately, as far as the Ghani administration is concerned, it has been abandoned and left to figure out a course of its own by the United States in more than one way.

Another unprecedented development regarding the cancelled meeting was women delegates endorsing Taliban’s narratives, as announced by the spokesperson few days ago. It would have been an alien site in which women were sitting alongside Taliban members to represent the group.

Not only it would have allowed both factions of Afghan society to interact, but it could have served as a test case scenario about how a violence-driven society can be taken forward via dialogue instead. But evidently, it is a remote possibility as both sides still despise each other underscoring the assertion that deep-down resentments are going to end up in another civil war.

So far other than the guarantee which the United States has been able to secure for itself that Afghanistan will not be allowed to be used against any other country especially the US, negotiations have not resulted in significant gains on ground.
Read more: Ghani announces “Big Opportunity” for Afghan peace amidst US-NSA rift

Taliban have a clear advantage on the battleground and they are smartly using it for their benefit on the table. Unfortunately, as far as the Ghani administration is concerned, it has been abandoned and left to figure out a course of its own by the United States in more than one way.