Ashraf Ghani has been made more or less redundant by the Peace Agreement signed in Doha between the Trump Administration and the Afghan Taliban, he is now playing hard at the dangerous edge to make himself relevant. Could his hard ball be encouraged by the Indian Establishment? India had invested heavily to buy controlling influence in Afghanistan and Indian Foreign Secretary visited Kabul when peace deal was being signed in Doha. Who stands behind Ashraf Ghani? 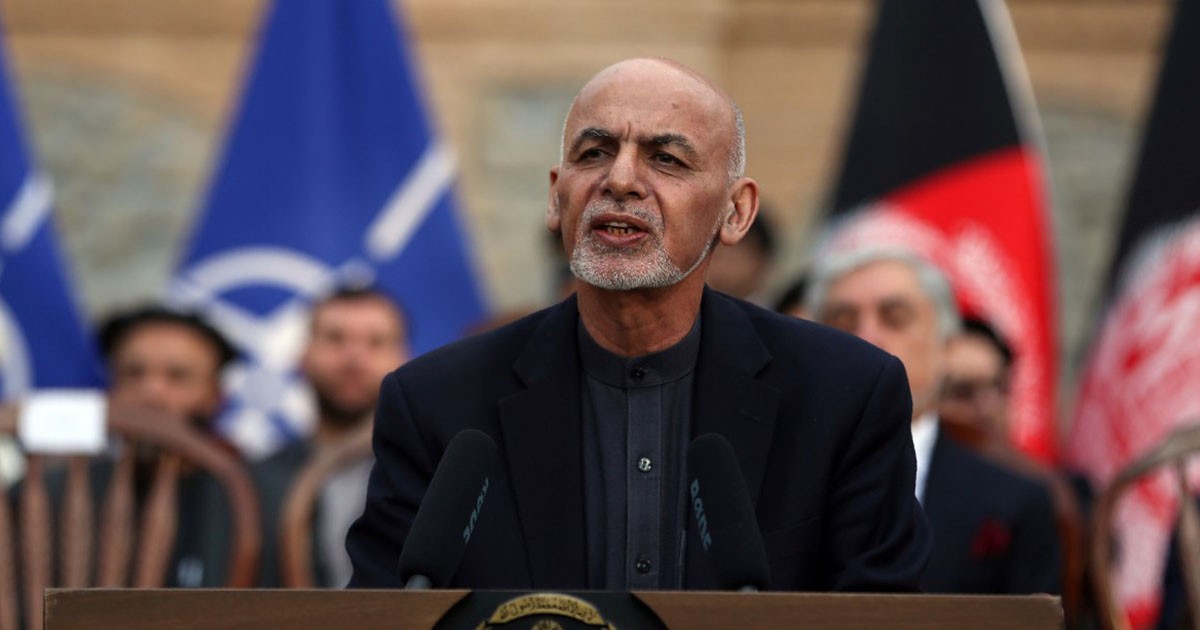 Addressing a public gathering in the eastern Nangarhar province, Ghani said the Afghan Taliban could not justify their insurgency after inking a peace deal with the US.

“You [Taliban leaders] have made peace with the foreigners so what does your jihad mean now … killing of fellow Afghans is a crime,” said Ghani, who has expressed reservations over the peace agreement.

“You [Taliban leaders] have made peace with the foreigners so what does your jihad mean now … killing of fellow Afghans is a crime,” says Ashraf Ghani.https://t.co/d7d9HOTWqY

“If the Taliban have set release of their prisoners as a condition for intra-Afghan talks, we also have conditions; they should tell me when are they going to leave [break ties with] Pakistan.”

The landmark deal signed in Doha, Qatar on Feb 29 lays out a timetable for a full troop withdrawal from Afghanistan within 14 months.
The agreement is expected to lead to dialogue between the Taliban and the Kabul government, seeking an end to the armed conflict that began in 2001.

The Taliban agreed to halt attacks in the war-torn country in return for a prisoner swap and the US lifting sanctions against them.

Ghani has objected to these arrangements that would see the Afghan government releasing 5,000 Taliban prisoners as a condition for direct talks between the two sides.

The Taliban, meanwhile, announced it was resuming attacks on Afghan forces after implementing a 7-day “Reduction in Violence” pact last week.

Taliban spokesperson Suhail Shaheen told Anadolu Agency that the proposed intra-Afghan talks would only begin once their prisoners were freed.

Meanwhile, hundreds of Afghan citizens took to the streets in various cities to protest the Taliban announcement.

Islamabad, which played a key role in brokering the deal, has urged Kabul and the Afghan Taliban to show flexibility and move forward with the peace deal

The UN, EU, and the US, on the other hand, urged the insurgents to abide by the peace agreement that was reached after years of negotiations between multiple stakeholders, including Pakistan.

“Following the Taliban’s reported resumption of military operations, the UN calls for continued reduced violence to maintain & enhance an environment conducive to the start of intra-Afghan negotiations, which should lead to a permanent ceasefire and a lasting political settlement,” said the UN Assistance Mission in Afghanistan.

Islamabad, which played a key role in brokering the deal, has urged Kabul and the Afghan Taliban to show flexibility and move forward with the peace deal.

In a statement, Foreign Minister Shah Mahmood Qureshi said the Afghan president should “ask America for an explanation” of the clause of the deal on the exchange of prisoners.

“The Government of Afghanistan believes that relying on policies of good-neighborliness, Pakistan needs to take practical steps towards enhancing bilateral ties in various areas and refrain from making such irresponsible statements regarding the internal affairs of Afghanistan,” it said.

Where does our recent history stand on delivering justice to Pakistani people ?