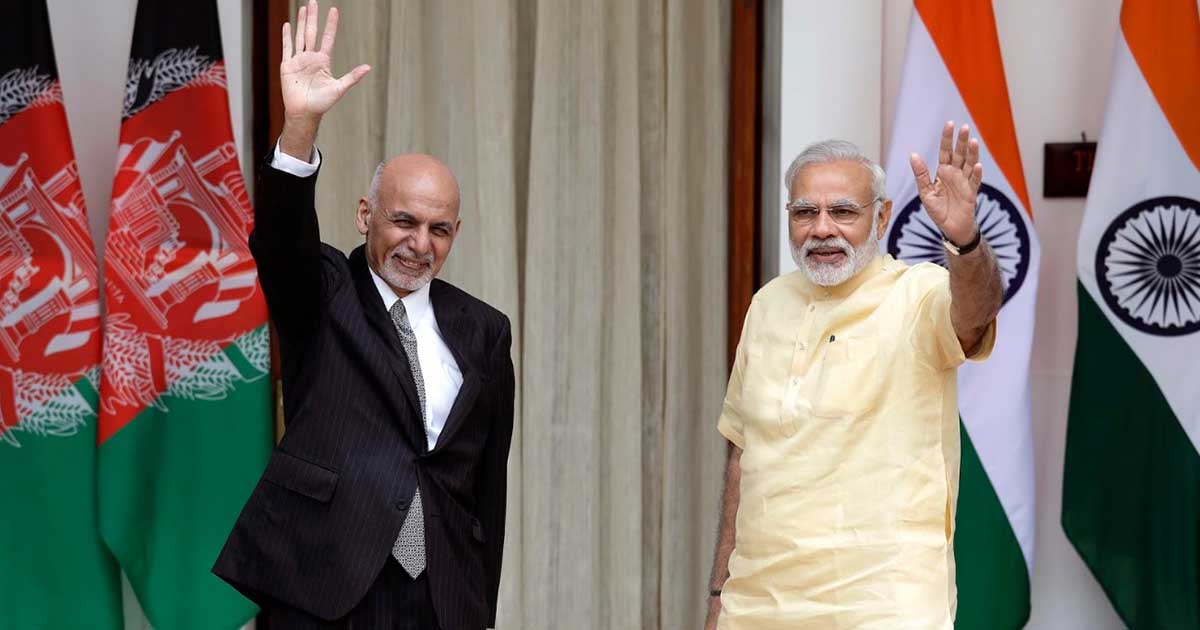 As Doha talks have entered into a very crucial phase, there are signs of some critical issues defying the consensus between the Taliban and the US. What are those sticking points and where are the hurdles in these talks? Here is a reality check:

Pakistan will have no option but to be part of the coercive efforts of community, sending out a message to Taliban: “if you do not listen to us, we will treat you like the TTP”.

The Afghani government is lightly taking the historic window of opportunity to end the conflict through negotiations. It still does not understand how the violence has deeply impacted the Afghan Psych. The usual lens view from Kabul remains: the Taliban offense is likely to be bloody; the US will continue to prevent any moves of the Taliban to take over city centers; more bloodshed may even strengthen their position. The people will get fed up by the Taliban and the US will also eventually start treating them as part of the problem rather than the solution.

However, the fact remains that Afghan forces are weak to counter the Taliban kinetically as it will further weaken the Govt’s capacity to sustain itself. In return, it will give pretext to Ashraf Ghani to harden attitude against Pakistan, laying the blame at Islamabad’s door.

It makes sense for Ashraf Ghani’s personal ambition to undermine the pro-peace, pro-talk and pro-reconciliation narrative and will promote a hostile account (i.e. he would like to follow the footsteps of former Afghan President, Karzai, rejecting all Pakistani overtures by blaming Islamabad’s attitude). Ghani wants to stall even the baby steps towards intra-Afghan reconciliation being facilitated by Pakistan.

The assumption in Kabul is a failure in reconciliation talks and could push Washington to come down heavy on Islamabad for such an eventuality. This is why it serves vested interests of the Afghan government to help reduce public space for pro-peace camp to curtail supportive narrative.

This is another sticking point between the US and the Taliban. The US wants a ceasefire after inking the provisional agreement to end violence and pave way for implementation.

The Taliban believe that any lingering ceasefire means dilution of their leverage on the battlefield and hence on the table. The most they are willing to offer is a ceasefire for a week and a week’s fighting till they are ensured of implementing all the goal posts agreed in the final settlement. The Taliban also believe if they take the fighting soldiers off the field then they cannot easily be back to resume fighting if needed. There are signs for the first time the Taliban commanders want to listen to their political commission to stop fighting for what they believe is on verge of defeating the US.

Delhi is now publicity promoting a negative narrative and divergence—one being that it should do all in its power to prevent any influence of Pakistan in Afghanistan.

Washington is now proposing a period of at least three to six months for a ceasefire to the Taliban. However, the latest round of talks between the US and the Taliban will ensure some sort of understanding on ceasefire as both parties do not want to see a complete rapture in talks.

Regional countries still have divergence on how best to protect their interests.

1) India: Delhi is really feeling left out and has started to play a spoiler role. It has always supported the Kabul government but is now considering all eventualities. One option relied upon is the support for ISIS in Afghanistan to undermine the NATO and any Taliban inclusive government. The second strategy is pursued by RAW right now, which is to create a parallel proxy Taliban group to play the classic divide and rule game with the help of their Iranian counterparts.

Delhi is now publicity promoting a negative narrative and divergence—one being that it should do all in its power to prevent any influence of Pakistan in Afghanistan. For example, circumventing Pakistan through the Chabahar project was a leverage India felt to have secured in the form of Afghanistan’s dependence on Iran then Pakistan. However, it now feels all its equities in Afghanistan being threatened.

Read more: US withdrawal from Afghanistan focus of next talks: Taliban

2) Iran: as tensions between the US and Tehran rise, the fear is that Iran will be playing a spoiler’s role in Afghanistan. Unless it has a formal seat, Tehran may not allow smooth transition to the Taliban, inclusive of the Afghan government. How to take board Tehran and Delhi on board is a serious headache for the US, as it hardly has any leverage lift to limit their spoiling effects on Afghan’s reconciliation.

3) Russia: the US, as the main stake holder, has also so far failed to acknowledge the strategic space to Russia on Afghanistan by taking them in the loop and giving them some hints that, in Afghanistan, they are not up against the US role as in Syria and that US and Russian interests converge in  Afghanistan. Russia clearly links stability in Afghanistan as prerequisite to stability in Central Asia, hence has legitimate security interests in Afghanistan.

4) Pressure on Pakistan: The US, instead of acknowledging the spoiling role of other countries, want Pakistan to make all the heavy lifting: Washington earlier wanted a public commitment from Pakistan to acknowledge defending population centers from Taliban’s spring offensive: some sort of language sending a message to the Taliban that no matter how powerful they are we “as regional countries” will not let them capture, say, Helmand or any other population centre.

The elephant in the room remains above the sticking points to thrash out. Still, as long as the Taliban feel like paving their way for political ascendency and International legitimacy through these talks, they will stick to negotiations.

The US also keeps pressure on Islamabad to show what Washington perceives as a clear resolve that if the window of opportunity for talks is closed by the International community (read US), Pakistan will have no option but to be part of the coercive efforts of community, sending out a message to Taliban: “if you do not listen to us, we will treat you like the TTP”.

Whereas Pakistan’s position is clear, it can facilitate but cannot make them (the Taliban) compromise; It does not want to make the enemy out of the Afghan Taliban and is not Islamabad’s war which is being fought in its backyard.

There are many slips between the sip and the cup, as almost the final round of talks is to rescue in Doha very soon. The US and the Taliban have to fill in few sub details to their broader agreement on drawdown of the NATO/US troops. Pakistan has removed the thin veneer between the Taliban and the US and facilitated them to the table.

The elephant in the room remains above the sticking points to thrash out. Still, as long as the Taliban feel like paving their way for political ascendency and International legitimacy through these talks, they will stick to negotiations. However, no talks and commitment to talks can mitigate the spoiling effects of other players who are seeking zero-sum outcome.

Jan Achakzai is a geopolitical analyst, a politician from Baluchistan, an ex-advisor to the Baluchistan Government on media and strategic communication. He remained associated with BBC World Service. The views expressed in this article are the author’s own and do not necessarily reflect the editorial policy of Global Village Space

US, Pakistan and Afghanistan: A Peace Deal that ALMOST happened

Afghan exports to India will resume through Pakistan