US withdrawal from Afghanistan focus of next talks: Taliban 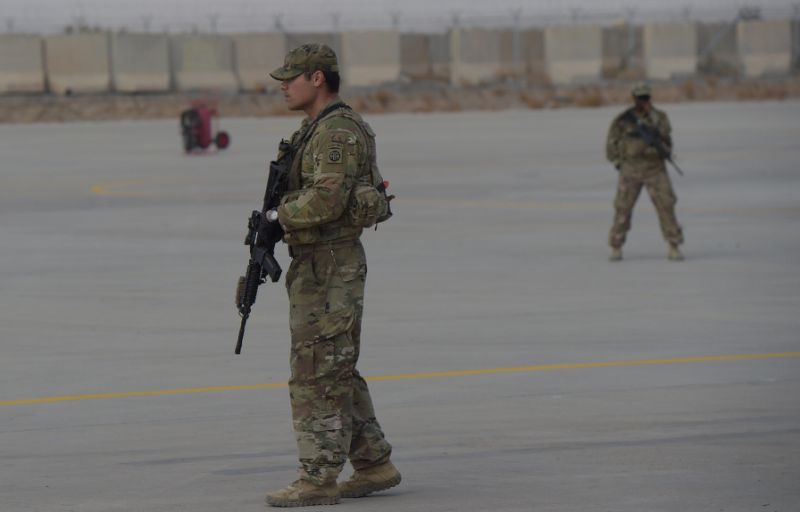 Upcoming talks between the Taliban and the United States will focus on the timetable for pulling all foreign forces from Afghanistan, according to a senior Taliban member. In an interview with AFP, the Taliban’s political spokesman Suhail Shaheen said previous negotiations with Washington saw the two sides agree to a total withdrawal, with only the details needing to be fleshed out.

“In our last round of talks with the US side, we agreed with them on withdrawal of all foreign forces from Afghanistan,” Shaheen said late Saturday in Doha. In return for a withdrawal, he said the Taliban have committed to preventing terror groups using Afghanistan as a safe haven or for launching attacks on other countries.

Shaheen spoke to AFP in Qatari capital Doha, which has become the main hub for Afghanistan peace talks and once hosted a political office for the Taliban.

US special envoy Zalmay Khalilzad, who is leading the talks for Washington, said after the latest round ended that “real strides” had been made, but he insisted no agreement was reached on when the US and other countries might leave Afghanistan.

He spoke of an agreement “in draft” on the issues of counter-terrorism, assurances from the Taliban and troop withdrawal, and suggested the next phases would be intra-Afghan dialogue and a ceasefire but stressed that nothing was finalised. Khalilzad has also said that “nothing is agreed to until everything has been agreed to.”

A summit between the Taliban and Afghan politicians and representatives that was due to take place over the weekend collapsed amid bickering about Kabul’s lengthy list of delegates, which initially comprised 250 people. The conference would have been separate from main US-Taliban peace talks.

Taliban and the United States will focus on the timetable for pulling all foreign forces from Afghanistan, according to a senior Taliban member.

The main delegation did not meet with the Taliban, but women’s rights organisation Women for Afghan Women (WAW) said two of its members had been present at a meeting that included about two dozen Taliban officials. Talks so far have faced fierce criticism in Afghanistan and internationally for their lack of women participants.

“WAW expressed concerns for women’s future role in society, noting the tremendous strides they have made since 2001,” the group said in a statement. While in power from 1996-2001, the Taliban banned girls’ education, shredded any Western notion of women’s rights and executed women on flimsy allegations of adultery.

The militants now say they support some access to education for girls, though this would be along religious lines in segregated schools. Shaheen spoke to AFP in the Qatari capital Doha, which has become the main hub for Afghanistan peace talks and once hosted a political office for the Taliban.

That facility was closed down after protests by Kabul, which said the Taliban were using the office as a de facto embassy. “Right now, we do not have any office,” Shaheen said.

“We need an office in order to issue statements, to hold the press conferences in order to give information out to the media about peace and to our own people on a daily basis”.