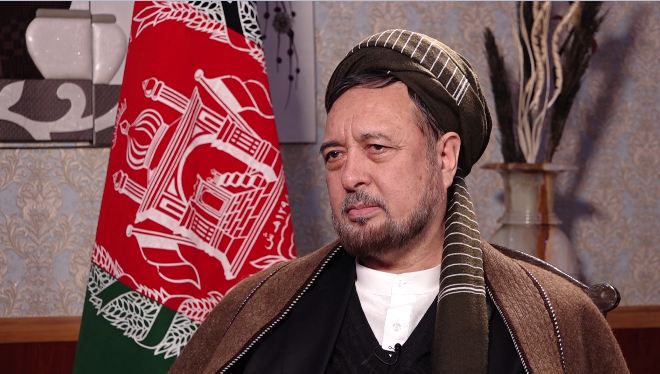 Imran Khan has said that the current government of Dr. Ashraf Ghani is an impediment in peace talks and as such should be replaced by an interim set up. This is indeed not the personal opinion of Prime Minister Imran Khan but a consensus view of Pakistani state institutions. It is also my considered opinion that this view has been consulted upon with the US and agreed upon with Washington.

The so-called National Unity Government (NUG) of Afghanistan has already been made irrelevant. It is powerless and even the US has isolated it—the current spate between its National Security Advisor (NSA) Hamdullah Mohib and the US State Department is case in point as Washington has refused to deal with him after his personal attack on Ambassador Zalmay Khalilzad.

Another technocratic set up internationally agreed upon should take over and implement the peace deal; by the way, such government through a peace deal will not be an elected government.

The US has clearly conveyed to Ashraf Ghani that it is beyond his career and if he continues to insist on presidential elections it will hamper the peace deal. Even Afghan politicians like Hanif Atmar and Commander Ata has said that it (NUG) has lost its mandate and will no longer be legitimate after May 21. Yes, peace deal can be inked with belligerent Ashraf Ghani government but it cannot be implemented through a belligerent government.

An Interim government is a sequel to any peace talks agreement. Imran Khan is right when he says this government should complete its term and leave. Another technocratic set up internationally agreed upon should take over and implement the peace deal; by the way, such government through a peace deal will not be an elected government. It will have a legitimacy and will be empowered (though irrespective of elections or no elections in the run-up to this arrangement); its result will be “defined” just like the Bonn Conference resulted in Hamid Karzai’s appointment as the head of the then interim government after 2001 by the US.

In other words, Washington already knew it that they had to bring in Mr. Karzai through Bonn Conference; when Karzai did not perform according to the US expectations, Ashraf Ghani was brought in. Interestingly, Dr. Abdulllah Abdullah was never let to be the main contender for power by the Americans as he was not considered the “right” candidate who could fit the bill.

Special Representative for Afghanistan Reconciliation Ambassador Zalmay Khalilzad who will be traveling to Afghanistan, the United Kingdom, Belgium, Pakistan, Uzbekistan, Jordan and Qatar March 25-April 10, has expressed reservations on PM Khan’s statement saying, “it did not contribute constructively”. Notwithstanding, Ambassador Khalilzad has to give a lollipop to Ghani government; he and Afghan politicians know very well it (Ghani government) will not allow a new government to take place hence part of the problem.

The stakes are high for all stakeholders. Individual ambitious of Afghan politicians’ careers do not matter if the choice is a final peace settlement leading to lasting peace in Afghanistan.

The bottom line is: the stumbling block is indeed the government of Ashraf Ghani. It is the obdurate party in the conflict, sooner it is recognized, the better.

Imran Khan has given a policy statement and after Zalmay Khalilzad’s statement of expressing reservation on his statement, the US will unlikely publicly follow the statement but will adhere to what is normally to be a sequence to the goal post of the eventual peace settlement.

However, the stakes are high for all stakeholders. Individual ambitious of Afghan politicians’ careers do not matter if the choice is a final peace settlement leading to lasting peace in Afghanistan.

Again it is a matter of semantics: asking Pakistan to facilitate peace efforts but preventing Islamabad not to pinpoint what is the main hurdle towards a peace settlement. Islamabad should stick to its guns—an interim set up is the only logical step to any peace process after the final deal.

Jan Achakzai is a geopolitical analyst, a politician from Baluchistan, and ex-advisor to the Baluchistan Government on media and strategic communication. He remained associated with BBC World Service. The views expressed in this article are the author’s own and do not necessarily reflect the editorial policy of Global Village Space.

US seeking to ease tensions with Iran by cutting forces in...