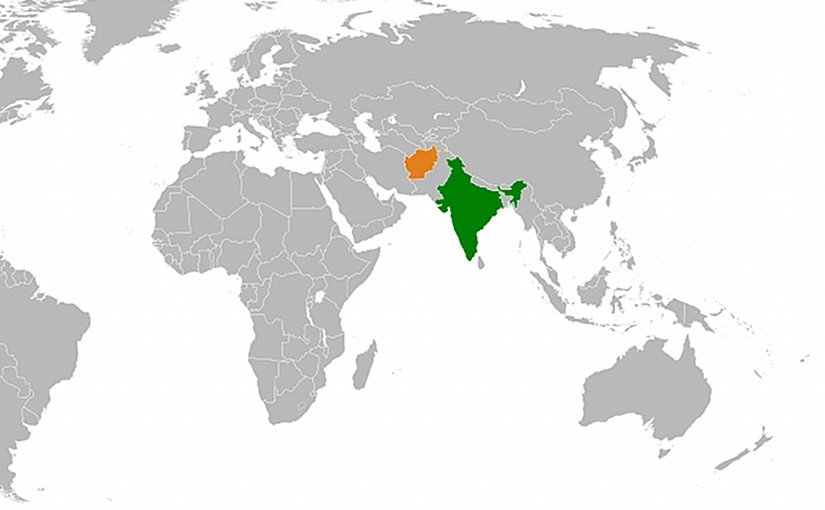 Back in the 1970s and 80, when the people of Afghanistan needed liberation from the Soviet oppression, Pakistan stood by their side. Apart from the military help, Pakistan let in millions of Afghan refugees, irrespective of its frail economy. India, in those times, was a Soviet ally and chose to stay quiet in this regard.

Afghanistan must foresee what the future holds for this region and do away with helping in the terrorist activities inside Pakistan.

Almost four decades from that incident, Afghanistan once again needs Pakistan’s help. But, instead of understanding who its true allies are, it is seeking Indian support. India cannot help Afghanistan in getting out of this predicament, rather Afghanistan might be pushed further into the quagmire, as a result of this “coalition”. Afghanistan should not be bought at the cost of a few million dollar Investments by the Indian government.

India’s Intentions as benign as they appear?

India is not out to help Afghanistan but its true intent is to drive strategic benefits at the expense of Afghanistan’s peace. India’s primary target is Pakistan; and, Afghanistan’s permeable borders are being used to perpetrate terrorism in Pakistan.

NDS (Afghan intelligence agency) is playing in the hands of RAW (Indian intelligence agency) with the latter benefitting to the greater degree. Indian consulates across the border from Pakistan play a vital role in promoting cross-border terrorism within Pakistan. The recent capture of Indian agents within Pakistan, with malicious intent, show clear evidence of such Indian intentions.

Afghanistan, by being India’s puppet and hurting Pakistan, will only deteriorate its state and prolong this war on terror in the region.

India’s desperate efforts to destabilize its neighbor using terror is increasing in light of Pakistan’s prospective development. The initiation of China-Pakistan Economic Corridor (CPEC) and the expected regional cooperations hold promises for a stabilized Pakistan economy, which India does not want to happen since it threatens its regional hegemony. Additionally, by focusing on so-called terrorism emanating from Pakistan, India wants to divert the attention of the rest of the world from the atrocities it is carrying out in Kashmir.

Afghanistan, by being India’s puppet and hurting Pakistan, will only deteriorate its state and prolong this war on terror in the region. It will, as a result, hurt itself for the long haul as the coming Afghan generations take up arms because of instability in the country.

India cannot help Afghanistan in getting out of this predicament, rather it might be pushed further into the quagmire, as a result of this “coalition”.

Pakistan is on the road to get into a regional cooperation with China, Russia, and Iran. There is a very good chance that other Central Asian countries will also be tempted to join this newly emerging, but promising, regional cooperation. Poor ties with Pakistan will hurt Afghanistan in the future, and it might stand isolated.

There can be a Better Future for Afghanistan

Afghanistan must foresee what the future holds for this region and do away with helping in the terrorist activities inside Pakistan. It should, instead, make use of this opportunity for its own economic prosperity which will result in a better life for the Afghan people.

The government of Pakistan and its foreign missions need to work steadfastly to ensure that the safety of this region is not being compromised. It is important to understand that in order to have peace in the region, and globally for that matter, Afghanistan must be taken out of the grasp of India and sits down with Pakistan to sort out bilateral differences.

Dr. Shahzad Latif is a Ph.D. in Political Economics. His research interests include the economy, politics, and foreign policy of Pakistan. The views expressed in this article are the author’s own and do not necessarily reflect Global Village Space’s editorial policy.