Israeli forces shot and brutally killed a mentally disabled Palestinians who they "thought" was carrying a gun. The incident comes amid heightened tensions between Palestine and it's parasitic conjoined twin Israel after the recent announcement by Israeli PM Netanyahu of plans to annex West Bank, which is Palestinian territory. 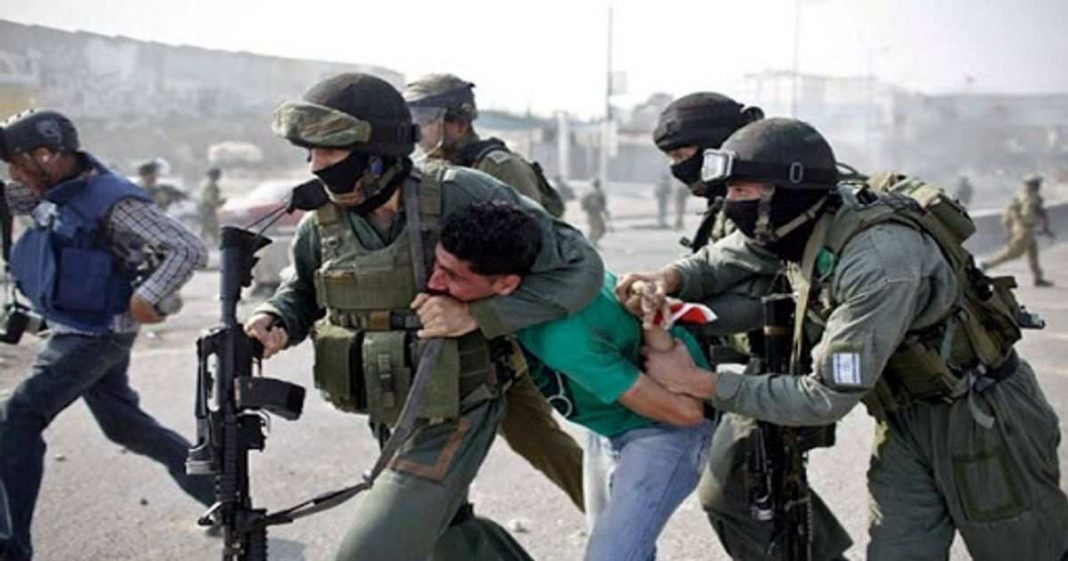 In another chapter in the book of Israeli brutality, Israeli forces shot dead a mentally disabled Palestinian in East Jerusalem on Saturday, according to Israeli media. This is a related development of the Israeli reaction to the protests by Palestinians over the proposed West Bank annexation by Israel.

Reports indicate that the alleged ‘terrorist’ was a mentally disabled man who was killed by Israeli border forces upon suspicion of wielding a gun.

Border police officers opened fire on a man in Jerusalem’s Old City after they suspected he had a gun, The Times of Israel newspaper reported.

In a statement, police said the Palestinian man was carrying “a suspicious object that looked like a pistol” and ran away when ordered to stop.

According to Israeli media, the man, who was found to be unarmed, was shot dead during the chase.

The family of the young man, who was identified as Iyad Elkhalak, a resident of East Jerusalem’s neighborhood of Wadi Joz, has a mental disability.

The shooting came a day after Israeli forces killed a Palestinian in the occupied West Bank for allegedly attempting to ram them with his vehicle. No Israelis were wounded in either incident.

Tensions have risen in recent weeks as Israel has pressed ahead with plans to annex large parts of the occupied West Bank in line with President Donald Trump’s Middle East plan, which strongly favors Israel and was rejected by the Palestinians.

Israeli Prime Minister Benjamin Netanyahu pledged to annex parts of the occupied West Bank in the coming months, vowing to move ahead with the explosive plan despite a growing chorus of condemnations by key allies.

The Palestinians, with wide international backing, seek the entire West Bank as the heartland of a future independent state. Annexing large chunks of this territory would all but destroy the faint remaining hopes of a two-state solution. The proposed move to annex the West Bank has had international support, most notably from the EU.

The parliamentary motion demanding sanctions against Israel if its annexes the West Bank now has the support of 69 MPs. I'm amazed that a whole 10.6% of British MPs can support such a concept. Next, they'll be opposing illegal foreign wars. https://t.co/pQ2gMqLnu1 pic.twitter.com/dO5noXJ511

In an apparent reference to the friendly administration of President Donald Trump, Netanyahu said Israel had a “historic opportunity” to redraw the Mideast map that could not be missed. Israeli media quoted him as saying he would act in July.

“This is an opportunity that we will not let pass,” he told members of his conservative Likud party. He added that the “historic opportunity” to annex the West Bank had never before occurred since Israel’s founding in 1948.

Palestine cuts all ties with US and Israel

The Palestinians have suspended contacts with the CIA after announcing an end to security coordination with Israel and the United States in protest at Israeli proposals to annex territory in the occupied West Bank, a Palestinian official said on Thursday.

Saeb Erekat, secretary general of the Palestine Liberation Organization, said Washington had been told of the move after Palestinian President Mahmoud Abbas said earlier that his administration was no longer committed to agreements with Israel and the United States, including on security coordination.

On cooperation with the US Central Intelligence Agency, Erekat told reporters in a video call: “It stopped as of the end of the (Palestinian) president’s speech.”

Intelligence cooperation with the CIA continued even after the Palestinians began boycotting US peace efforts led by President Donald Trump in 2017, with the sides working together on heading off violence in the Israeli-occupied West Bank, where the Palestinian Authority is based.

Abbas had threatened before to end security ties, without following through. Israeli officials say he needs Israel’s support in the face of domestic challenges from the Palestinian group Hamas.

But Erekat said: “Things change and we have decided it is time now to change.”

“Security cooperation with the United States is no more. Security coordination with Israel is no more,” said Erekat. “We are going to maintain public order and the rule of law, alone.”

What does the West Bank annexation by Israel entail?

Netanyahu has pledged to put Jewish settlements and the Jordan Valley in the West Bank under Israeli sovereignty. He has set July 1 as a starting date for cabinet discussions on the issue, which has also raised alarm within the European Union.

The plan is also controversial for its inclusion of the Jordan Valley in the proposed territory to be annexed, which may lead Israel into direct conflict with Jordan.

It will see Israel gaining a large amount of territory, at the expense of Palestine and neighbouring Jordan.

Lone Palestinian freedom fighters with no clear links to groups have carried out a series of  attacks in recent years to lodge their protests on the de-facto control of West Bank by Israel. The PA is not allowed to operate in east Jerusalem or the areas in the West Bank where most attacks have occurred.

Rights groups have accused Israeli security forces of using excessive force in some cases, either by killing individuals who could have been arrested or using lethal force when their lives were not in danger.