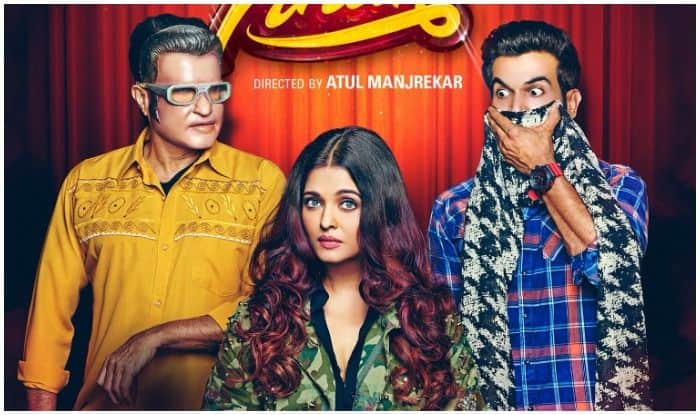 Fanney Khan: Crew member injured in accident on set of Aishwarya Rai, Anil Kapoor-starrer in Mumbai *** As the shoot of a scene from Fanney Khan, an upcoming film starring Aishwarya Rai and Anil Kapoor, was in progress on 5 November in the Flora Fountain area of Mumbai, a crew member suffered injuries as a result of an accident. The scene was being shot on the road, and a motorbike crashed into a crew member — a third assistant director — while she was crossing the road. Aishwarya Rai Bachchan on the sets of Fanney Khan moments after the accident occurred. Firstpost image/ Sachin Gokhale She fell to the ground and was rushed to the hospital. As she was plugged in to the headphones connected to her walkie talkie, she could not hear the sound of the bike which was approaching. This particular shot involved Aishwarya Rai Bachchan hailing a taxi, and the actress rushed to the spot of the accident but was prevented from going close by the security guards on location. Fanney Khan tells the story of a doting father and aspiring singer played by Anil Kapoor. It will see Aishwarya Rai in the role of a glamourous singing sensation. This musical comedy marks the directorial debut of Atul Manjrekar, and stars Rajkummar Rao in the role of Rai Bachchan’s love interest. Slated to release on 13 April 2018, this film is an official adaptation of Everybody’s Famous!, a Dutch film which was nominated at the Oscars. Rakeysh Omprakash Mehra and Prernaa Arora are the producers of this film. #AishwaryaRaiBachchan #LorealParis #AishwaryaRai #themostbeautifulgirlintheworld #Photoshoot #themostbeautifulwomanintheworld #timelessbeauty #missworld #mostbeautifuleyes #lipstick #beautygoals #goals #lifegoals #beautyqueen #beautyforapurpose #celebrity #makeup #makeupgoals #hairporn #hairgoals #loreal #lorealista #bestactress #bollywood #hollywood #india #france #sexy #kriarjentertainment #FanneyKhan

The 44-year old actress is busy shooting her upcoming movie these days where she plays a successful singer. The movie is expected to release on April 13th, 2018.

‘Fanney Khan’ also features Anil Kapoor and Rajkumar Rao in the leading roles. Atul Manjrekar makes his directorial debut for this film. The movie is an Indian remake of the Dutch film ‘Everybody’s Famous.’ Aishwarya joins her father-in-law’s singing career in movies by making her own singing debut in this feature film.

The movie addresses the important issue of body shaming, which has become a heated topic of discussion in Pakistan in the past few years.

The movie is about a struggling singer Fanney Khan, played by Anil Kapoor, who wants his daughter to make it big in the music industry. Aishwarya Rai is a well established and popular singer, who is kidnapped by Anil so that she can meet his daughter, who is her fan. The movie shows that his daughter is able to achieve her dream to become a great singer, but has to tackle problems like obesity, that prevent her from popularity as a female singer.

Sources say Rai is given more importance in the script than the actress from the original version, Thekla Reuten.

The actress refrained from commenting on her enhanced role in the movie. However, she elaborated on her work plans and arrangements besides her motherly duty.

“I was very sure that whenever I decided to work after my daughter’s birth, it would have to be only when I can concentrate fully on my work. I didn’t want to be distracted or divided. It’s always a hundred percent of me in whatever I do.”

The actress has become picky in her roles with time and has often said that she prefers quality over quantity while picking roles for movies, since her marriage.

Aishwarya has also said that she will do only one film at a time. “Because that’s about all I can do justice to, given that my priority is my daughter.”

Asia Bibi opens up on her ordeal in autobiography, “Free at last”