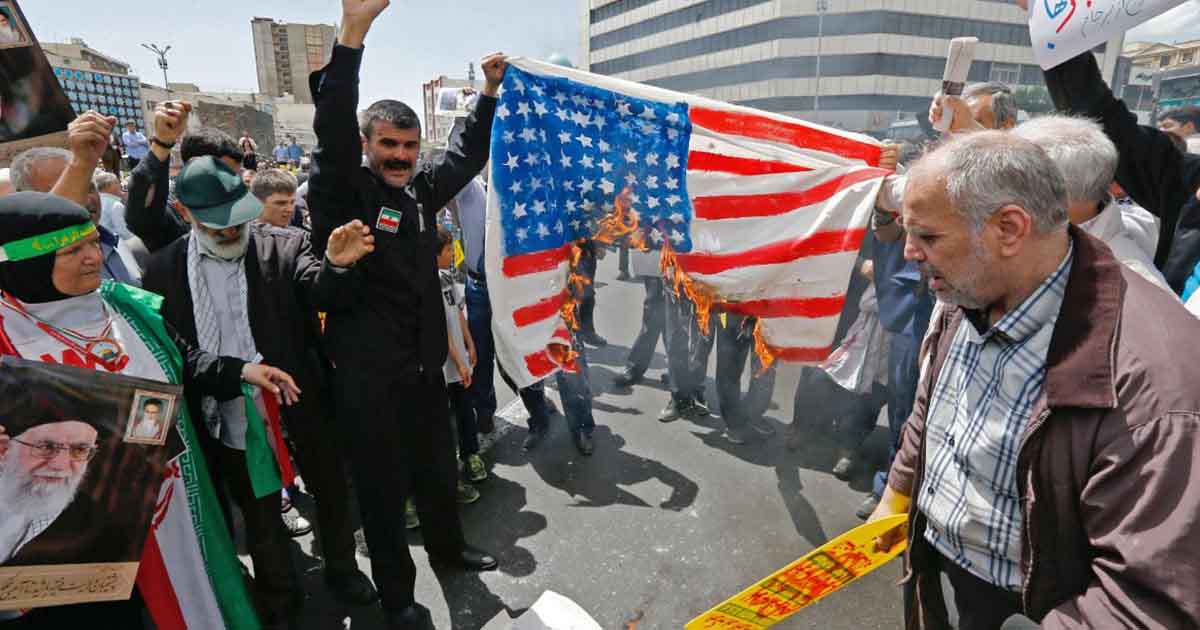 President Donald Trump has been stating Iran nuclear and missile program to vindicate his diplomatic actions against the country and recent United States military deployments in the region. In reality, he is intended to alter Iran’s political system and limits Tehran’s increasing influence in the Middle East. He also desires to ensure the electoral support of the anti-Iran groups or pro-Israel lobby in the next presidential election scheduled in 2020.

Since his election campaign in 2016, President Donald Trump has been criticizing the 2015 Joint Comprehensive Plan of Action (JCPOA) as one-sided and entirely in favour of Iran. He claimed: “The fact is, this was a horrible one-sided deal that should have never, ever been made. It didn’t bring calm. It didn’t bring peace and it never will.” Conversely, the Europeans, Chinese and Russians consider the JCPOA crucial for stopping Tehran from acquiring nuclear weapons and also preventing a nuclear arms race in the region.

Last month, Trump Administration designated the Revolutionary Guards as a terror organization, which was ‘the first time the United States had made that move against a part of another nation’s government.’ It was a smart move to malign Iran and simultaneously discredit its one of the most reliable military units.

Interestingly, Tehran is doing its best to avoid a war with the United States and also shield itself from the destabilizing economic sanctions, but it is disinclined to compromise on its ballistic missile program.

A recent attack on four commercial vessels including two Saudi oil tankers, offshore from the UAE emirate of Fujairah just outside the Strait of Hormuz also reinforces the United States case against the Iranian Revolutionary Guards. The Trump administration holds the Iranians accountable for the said attacks. The United States deployed an aircraft carrier strike group and B-52 bombers in the vicinity of Iran to threaten it militarily.

Notwithstanding, President Trump’s aggressive behaviour, the Iranian ruling elite is responding judiciously. On 14 May, Iranian Supreme Leader Ayatollah Ali Khamenei reiterated Iran does not seek war with the United States. He said, “There won’t be any war. The Iranian nation has chosen the path of resistance.” He added, “We don’t seek a war, and they don’t either. They know it’s not in their interests.”

Undeniably, war is not in the interest of Iran. However, it is debatable whether it serves the political objectives of President Trump or not. Interestingly, Tehran is doing its best to avoid a war with the United States and also shield itself from the destabilizing economic sanctions, but it is disinclined to compromise on its ballistic missile program. It rejected negotiations, which are meant to roll-back its ballistic missile program.

Read more: ‘Repercussions’ of the US bid to isolate Iran!

However, the United States can use its military might in the Persian Gulf against Iran, a non-nuclear weapons state and member of the nuclear non-proliferation treaty (NPT) to demonstrate its military might in Asia. Indeed, military action against Iran qualifies the nuclear optimists’ argument that nuclear weapons are essential for solidifying the defensive fence of the militarily insecure state(s).

Washington’s military intimidating certainly invigorate the pro-nuclear weapons forces in Iran. Therefore, the European powers are worried due to the probability of Iran’s exiting the NPT. Even though the United States pull out of the 2015 JCPOA in May 2018, they are struggling to prevent the demise of the accord so that Tehran does not resume banned atomic activities.

The safety of sea lines of communication does matter to both developed and developing nations. The conflict between Iran and the United States will disturb the maritime traffic in the Persian Gulf and the Arabian Sea.

German Foreign Minister Heiko Maas argued, “We in Europe agree that this treaty is necessary for our security. Nobody wants Iran to get possession of an atomic bomb and that’s been achieved so far.” British Foreign Secretary Jeremy Hunt concurred his German counterpart by stating “if Iran becomes a nuclear power, its neighbours are likely to want to become nuclear powers.

This is already the most unstable region in the world. This would be a massive step in the wrong direction.” The Iranian national economy heavily relies on the export of crude oil. The Trump Administration is aiming to force Iranian crude oil exports to zero. It announced the cancellation of waivers, which were saving the importers of the Iranian crude oil from US sanctions.

Therefore, the Iranian ruling elite is frustrated and is contemplating various options including signalling about the withdrawal from the NPT to avoid sanctions on its crude oil exports. The safety of sea lines of communication does matter to both developed and developing nations. The conflict between Iran and the United States will disturb the maritime traffic in the Persian Gulf and the Arabian Sea.

Therefore, many western and regional nations are frightened due to the increasing tension between Iran and the United States. To conclude, Washington has been using diplomatic, economic and military means to coerce Tehran, which is alarming for the regional and international security.

Iran vs US: Can Qatar help prevent war in the Gulf?