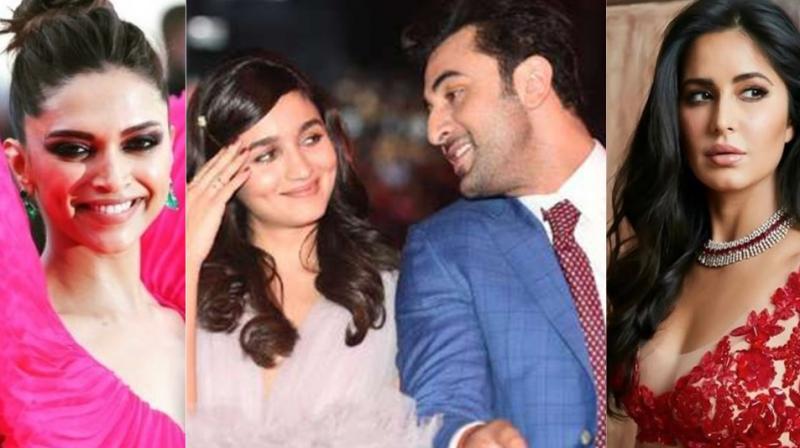 After much speculations, Ranbir Kapoor has finally confirmed his relationship with Alia Bhatt.

Both the Bollywood starlets were first spotted together at Sonam Kapoor- Anand Ahuja wedding reception. Their joint entry to the reception raised eyebrows and soon the couple became the talk of the town.

Ranbir in an interview to a publication confirmed that the relationship is at its budding phase and time is required to solidify the connection.

Ranbir Kapoor has astounded the followers with his spectacular performance in the trailers of his upcoming movie ‘Sanju’. The latest release of Alia Bhatt’s ‘Raazi’ has also garnered bright response on the box-office. Both the actors will be seen together for the first time in Karan Johar’s next film ‘Brahmastra’.

“It’s really new right now, and I don’t want to overspeak. It needs time to breathe and it needs space. As an actor, as a person, Alia is – what’s the right word? – flowing right now. When I see her work, when I see her act, even in life, what she gives is something that I’m aspiring to for myself. It’s new for us, so let it cook a bit,” Ranbir stated.

“It always comes with a lot of excitement. It’s a new person, it comes with new beats. Old tricks become new tricks again – you know, being charming and romantic, all of that. I think I’m more balanced today. I value relationships more. I can appreciate hurt and what it does to a person much more than I could a couple years back,” he added.

Both Ranbir and Alia have expressed their admiration for each other but none of them openly spoke about their relationship. This is the first time Ranbir Kapoor has confirmed the rumors.

The fans and followers expect the relationships to blossom soon. Unlike Deepika and Ranveer’s confused relationship status, people are glad Ranbir came forward and offered an explanation.

Ranveer Kapoor was earlier dating Deepika Padukone and Alia Bhat was dating his Student of the Year co-star Siddharth Malhotra.

Divas of Bollywood slammed on Social Media for Cosmetic Surgery

Disheartened SRK takes a jibe on his consecutive flops

Will continue supporting #MeToo despite allegations against father: Nandita Das