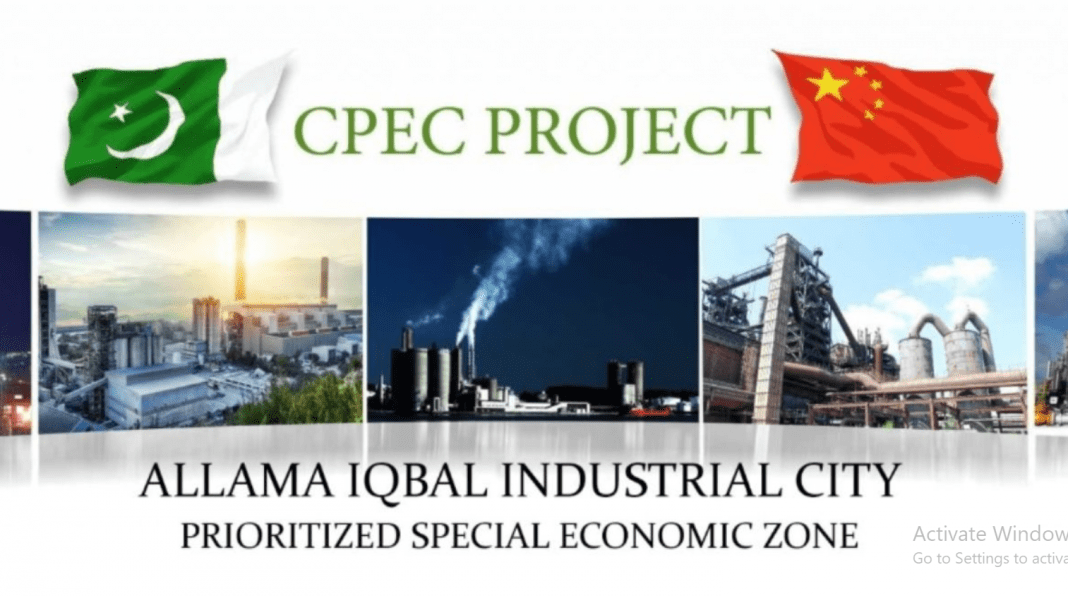 A spokesman for FIEDMC estimated the investment to touch $630 million. The MoU of said venture states that the Chinese companies will be responsible for financing it, while the FIEDMC would provide land on lease or equity.

FIEDMC signed the Memorandum of Understanding with Henan Zhonghui Electric Power Engineering and Consulting Company and Power China Jiangxi Electric Power Construction Company, a subsidiary of Power China. According to the Board of Investment officials, FIEDMC will complete this project in three phases – that is, dependent on the electricity demand of the special economic zones.

Recently, Chairman FIEDMC, Mian Kashif Ashfaq, met Italian Ambassador HE Andreas Ferrarias at his office in Islamabad. While briefing on Allama Iqbal Industrial City, he told Ferrarias that the first phase of the industrial estate would be completed by January 2021.

As development is in full swing, industrialists from all over the world are buying land in Allama Iqbal Industrial City to set up their plants. In the prioritized SEZ of Allama Iqbal Industrial City, income tax will be free for ten years while import of missionary will also be duty free. Shedding more light on AIIC, Mian Kashif shared that they are building the SEZ under a comprehensive plan with the best infrastructure.

Allama Iqbal Industrial City will take Punjab towards #IndustrialRevival which we promised in our manifesto.

The biggest Special Economic Zone will create 3 Lac direct and 1 Million indirect job opportunities, 400 billion investment with a capacity of 557 plus industries. pic.twitter.com/q2DxgQwFhh

Moreover, security staff will be present round the clock. There will be 24/7 supply of electricity and gas as per the requirement of the industry; while in case of any emergency, modern rescue ambulances and firefighter vehicles will also be on standby. To further this cause, FIEDMC is also constructing a modern hospital in the SEZ.

The Chairman further iterated FIEDMC’s completion of projects Value Addition City and M3 Industrial City. Here, local and international industrialists, including Korea, China, England, France, Saudi Arabia have constructed their operational units. These units manufacture products to be sold not only in Pakistan but all over the world.

Mian Kashif Ashfaq then invited the Italian Ambassador to visit Allama Iqbal Industrial City, which he accepted. Ferrarias acknowledged that FIEDMC is systematically building industrial cities which will play an important role in the development of Pakistan.

Faisalabad Industrial Estate Development and Management Company (FIEDMC) is a Public-Private Partnership (PPP) entity; that is, between the Punjab government and the Faisalabad business community. The Government of Punjab set up this entity in 2004 as a public listed company. Jahangir Khan Tareen undertook this whole operation during his tenure as ‘Adviser to CM Punjab on Special Initiatives’.

Allama Iqbal Industrial City saw its groundbreaking at the hands of Prime Minister Imran Khan, on Friday 3rd January 2020. It expands over an area of 3200 acres and is the first prioritized CPEC special economic zone. The economic zone is strategically located opposite M-3 Industrial City and interconnected through flyover at Sahianwala Interchange, Motorway M-4, Faisalabad.