Amazon rainforest being cut down at record pace under Bolsonaro

President Jair Bolsonaro has adopted a stance similar to Donald Trump in denying the severity and credibility of the monumental threat that is climate change. He has placed climate change skeptics in key posts in his government. 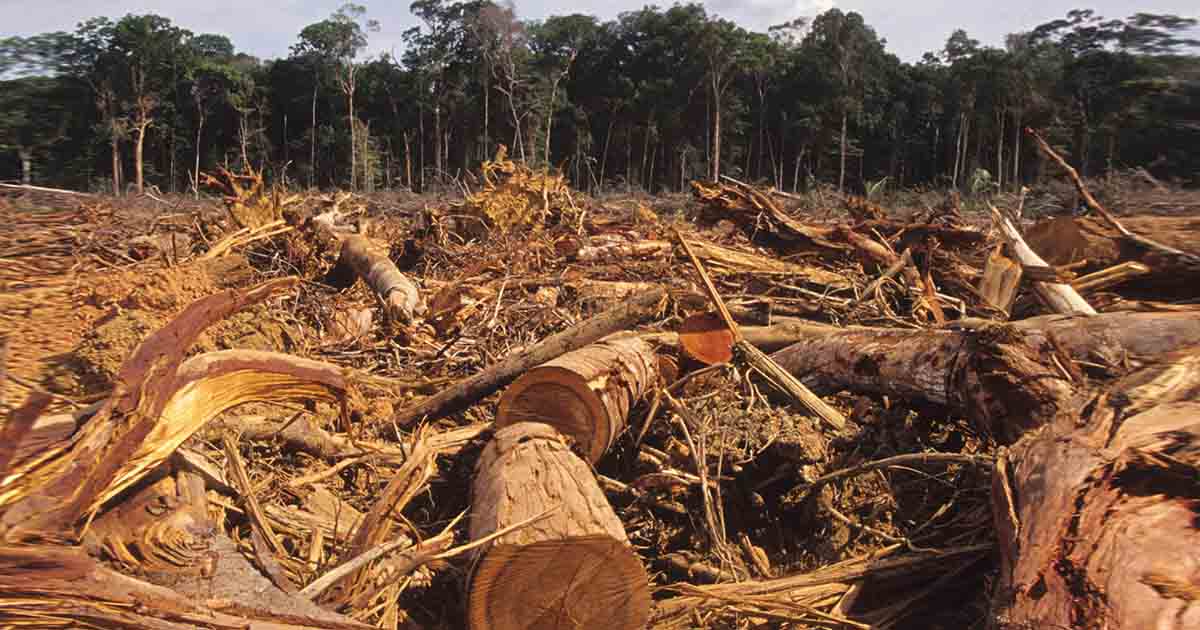 In July, the rate of deforestation in the Amazon rainforest was more than twice as much as it has ever been before. It is estimated that an area the size of Manhattan is being cut down every single day. The newfound vigor in deforestation in Brazil, a country that was a global leader in climate change policy until Bolsonaro ascended to the Presidential office, is worrying to say the least.

The 2,254 sq. km of the Amazon, an area roughly two-thirds the size of Karachi, was cut down in July alone. This represents a 278% increase in deforestation compared to July last year which saw a relatively meagre 596.6 sq. km of destroyed forest cover.

Brazil’s president has pushed pause on monitoring industries in protected areas of the Amazon.

But let us be clear: forest protection should NOT be optional. #SaveTheAmazonhttps://t.co/5OJvnfxqCf— Greenpeace (@Greenpeace) August 4, 2019

The Amazon rainforest is known as the “lungs of the earth” for good reason: at 8 million sq. km, it is roughly the size of the entire United States. It contains a third of all plant and animal species on earth, and the Amazon river, the world’s largest river, runs through its heart. It contains nearly 400 billion trees and is central in cleaning the air of the earth by removing carbon dioxide from it. Two-thirds of this immense forest is located in Brazil and the new President and his supporters are geared more towards accruing economic benefits from the forest rather than utilizing it sustainably. In the heavily-deforested western border province of Rondõnia, Bolosonaro was shown to have 78% support in pre-election polls.

Last week, Bolsonaro sacked Ricardo Galvao who was an internationally renowned scientist heading the Brazilian National Institute for Space Research (Inpe). He publicly humiliated the expert after he published a worrying report about the seriousness of growing deforestation in the Amazon. Bolsonaro attempted to sow doubt over the credibility of the report at a conference with foreign journalists. He accused Galvao of “peddling lies.”

“There is no doubt about it. They have much closer relations with the loggers [than previous governments] … The president has said explicitly that he wants to make deals with American companies to exploit minerals in indigenous reserves. It is a negative plan with the intention of reducing control over the Amazon … because they believe that by exploiting the Amazon, they will achieve much faster economic development of the region … This is completely mistaken,” said Galvao in an interview with The Guardian.

This is what is happening with the Amazon forest since 1984. imagine now that Bolsonaro is preventing IBAMA overseeing loggers and imposing fines. pic.twitter.com/ByWTz2bikd

Bolsonaro’s regressive actions are reversing 14 years of progress on deforestation. Deforestation in the Amazon rainforest had been on a trend of steady decline since 2004, mostly due to the falling deforestation rate in Brazil. Previous governments took a vast and comprehensive range of preventative and curative measures, including the designation of new protected areas and indigenous territories, improving law enforcement and monitoring deforestation through satellite imagery.

External factors such as pressure from powerful environmental lobbies and NGOs, favorable macroeconomic trends and global trends like the Paris Climate Change agreement created an atmosphere conducive to environmental activism. The private sector in Brazil also played a role by funding campaigns and extensive self-regulation. All of this is now changing.

The Bolsonaro Government on Climate Change

In Bolsonaro’s Brazil, the new minister for science, innovation and technology denies that climate change is a problem and that it can be attributed to people in the first place. The new foreign minister believes that the whole idea of climate change is a “Marxist plot” and consequently the world community has seen a clear downgrading of climate diplomacy by Brazil. The environment minister, Ricardo Salles, is being probed by the Sao Paulo state government since 2017 for tailoring the management plan of a protected area by the Tiete river with “clear intentions of benefitting economic sectors.” Bolsonaro himself has repeatedly threatened to pull out of the historic Paris agreement before and after his successful election campaign.

Bolsonaro has proposed incredibly destructive ideas for the Amazon and the Brazilian environment in general. He has approved the construction of a highly controversial hydro-electric dam, the Bel-Monte dam on the Xingu River, a tributary of the Amazon. He wants to halt the demarcation of new protected zones, strip environmental agencies of all meaningful powers and according to Nabhan Garcia, his top agricultural advisor, plans to cut fines for those farmers who break environmental laws. Illegal squatters, loggers and gold miners in protected areas all voted for Bolsonaro in the hope that he would whiten their businesses.

An insider explains how the #Bolsonaro government is actively trying to destroy the #Amazonrainforest. Main beneficiaries are the agribusiness – especially cattle ranching – lobby that helped the president get elected. @Global_Witness https://t.co/dDNY8WXrEu— Mike Davis (@michaelpmdavis) July 2, 2019

33 NGOs have jointly warned the President that his proposals represent “concrete and irreversible risks” to Brazil’s forests, biodiversity and Brazil’s agricultural credibility. However, as the blue-eyed boy of the powerful Brazilian farming lobby, Bolsonaro is unlikely to have a change of heart in such issues. Considering that cattle ranching alone accounts for around 70% of deforestation in the Amazon rainforest, Bolsonaro’s corporate leanings are not encouraging for those who care about the environment.

Brazil's president has threatened a journalist, stood up France's foreign minister and denounced data on Amazon deforestation. “I'm like that,'' he says https://t.co/3KsLkae820— Bloomberg (@business) August 3, 2019

When the President was called out by Angela Merkel and Emannuel Macron over his reckless environmental stances, he mocked them in return, commenting that they must realize that Brazil is now under “new management.” After the 2,254 sq. km of forest destroyed in July alone, Bolsonaro has had to ward off the label of “Captain Chainsaw”, referring to his past as an Army Captain.

Has “Mamnoon Hussain” become an “insult” in Pakistani lexicon?