America: The dictatress of the world 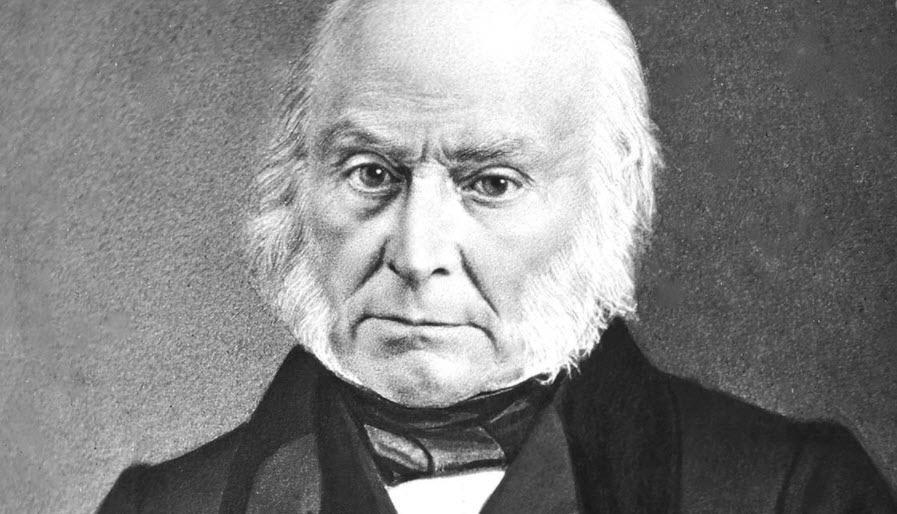 On July 4, 1821, John Quincy Adams delivered a speech that summarized America’s founding foreign policy of noninterventionism. Having gone down in history with the title “In Search of Monsters to Destroy,” Adams pointed out that one of the best things about the United States was that the U.S. government did not embroil itself or meddle in the affairs of other nations.

Adams issued an interesting warning. He said that if America were ever to abandon her founding principle of noninterventionism, she would become “the dictatress of the world.” One nation that can certainly attest to the reality of that phenomenon is Iran, which is currently experiencing the full force of the world’s dictatress.

In a speech on Iran delivered to the conservative Heritage Foundation, Secretary of State Mike Pompeo, the CIA director who recently took control over the State Department, manifested the classic attributes of a dictator. According to the New York Times, Pompeo issued orders to Iran to not engage in nuclear enrichment programs, admit that it had military purposes for its now-dead nuclear weapons program, end its support for Hezbollah, Hamas, and Yemen’s Houthis, and withdraw all its forces from Syria.

The wily Roosevelt had gotten what he wanted with his sanctions and humiliating orders and dictates issued against Japan. Will CIA Director-turned-Secretary of State Pompeo be as successful with Iran as FDR was with Japan and Germany?

It was quite a laundry list of dictates and commands, as Pompeo himself acknowledged. What happens if Iran doesn’t comply with Pompeo’s orders? Two things: First, the U.S. government will resume and expand on its system of brutal sanctions, which is designed to produce massive economic suffering, including death, among the Iranian populace. Second, the possibility of a U.S. military attack, especially if Iran resumes its nuclear program in the wake of President Trump’s abrogation of the agreement between the United States, Europe, and Iran by which Iran gave up its nuclear program in return for the U.S. government’s promise to lift sanctions.

What is a dictatress or a dictator? It is someone who wields omnipotent power and issues dictates and orders to people enforced by that power. Recipients of the dictates or orders are expected to comply or else suffer the forceful wrath of the dictator or dictatress. When we think of dictatorships, don’t we also think about things like arbitrary arrests, indefinite detention, torture chambers, executions, and assassinations?

Read more: Update on that invasion of the United States

It is undeniable that Adams has been proven right. While the Iranian regime is obviously a dictatorship within Iran, no one can reasonably deny that the U.S. government, as a result of having abandoned America’s founding foreign policy of noninterventionism, has become the dictatress of the world. The Times wrote that Iran described Pompeo’s speech as “the type of American arrogance and bullying behavior that has alienated other nations, not just the Iranians.” Iranian President Hassan Rouhani put it well. Referring to the dictatress, he asked, “Who are you to decide for Iran and the world?”

What is Pompeo really up to with his humiliating orders, dictates, and demands on Iran? He’s obviously taking a page out of President Franklin Roosevelt’s playbook by trying his best to provoke a war with Iran, just as FDR did with Germany and Japan and, for that matters, just as U.S. officials did with Iraq.

In a speech on Iran delivered to the conservative Heritage Foundation, Secretary of State Mike Pompeo, the CIA director who recently took control over the State Department, manifested the classic attributes of a dictator.

Let’s face it: The U.S. national-security establishment has never forgiven the Iranian people for what they did in 1979, when they ousted their U.S.-installed dictator, the Shah of Iran, from power. After all, the CIA had gone to a lot of trouble to secretly initiate the 1953 coup in which Iran’s democratically elected prime minister, Mohammad Mossadegh, was ousted from power and replaced by the CIA’s dictator, the Shah of Iran. Over the next 25 years, the CIA invested a lot of time, money, and effort into supporting, training, and fortifying the Shah’s brutal tyranny over the Iranian people.

U.S. officials have hated Iranians ever since they ousted the Shah from power, which is why they have done everything they can to destroy the Iranian populace economically and even kill them with one of the most brutal systems of sanctions in history. What U.S. officials are hell-bent in achieving in Iran is what they were hell-bent on achieving in Iraq with their sanctions there (which contributed to the deaths of hundreds of thousands of Iraqi children): regime change, one that will bring another pro-U.S. tyrant to rule Iran, like the Shah, one who will agree to follow the orders and dictates issued by the world’s dictatress, who, in turn, will help the pro-U.S.

Read more: What happened to that ‘invasion’ of America?

dictator maintain his tyrannical hold on power within the nation (as U.S. officials did with the Shah and as they currently do with Egypt and, for that matter, as they did in Chile after they installed military tyrant Augusto Pinochet into power). Will U.S. officials succeed in provoking a war with Iran? Well, FDR certainly succeeded in his quest to provoke a war with Japan and Germany.

Knowing that the American people were overwhelmingly opposed to entering the war against Nazi Germany, given the horrific consequences of World War I, Roosevelt schemed and connived to provoke Germany into attacking the United States. But Germany refused to take FDR’s bait, much as Iran has so far.

So FDR went into the Pacific and began provoking Japan, in the hopes that he could get Japan to attack the United States, which would enable him to say: We have been attacked! I am shocked! I had no idea! We are innocent! We were just minding our own business! It’s a day of infamy! Now, give me my declaration of war! Americans now have no choice but to go to war!

The Times wrote that Iran described Pompeo’s speech as “the type of American arrogance and bullying behavior that has alienated other nations, not just the Iranians.” Iranian President Hassan Rouhani put it well. Referring to the dictatress, he asked, “Who are you to decide for Iran and the world?”

FDR used two principal methods to provoke the Japanese into attacking the United States: First, he imposed an oil embargo on Japan and persuaded other nations to comply with it, which was the same thing in principle as the U.S. sanctions on Iran, and, second, FDR issued humiliating demands and orders on Japan, much like the ones that CIA Director turned Secretary of State Pompeo issued against Iran.

FDR’s plan worked brilliantly. The embargo prevented Japan from acquiring oil to fund its military machine in China and there was never any reasonable possibility that proud Japanese officials would comply with FDR’s humiliating dictates. Thus, Japan attacked U.S. Navy vessels at Pearl Harbor not as a first step in an invasion and conquest of the United States, as Americans are taught, but simply as a way to be able to acquire oil in the Dutch East Indies without U.S. Navy interference.

Read more: Has anyone benefited from American interventionism?

FDR knew that it was a virtual certainty that Nazi Germany would come to the aid of Japan, which it immediately did with a declaration of war against the United States. The wily Roosevelt had gotten what he wanted with his sanctions and humiliating orders and dictates issued against Japan.

Will CIA Director-turned-Secretary of State Pompeo be as successful with Iran as FDR was with Japan and Germany? Time will tell. But one thing is indisputable: the prediction that John Quincy Adams issued back in 1821 if America were to abandon its founding principle of noninterventionism has come to pass. The U.S. government has truly become the world’s dictatress.

Previous articleWho is behind Nawaz Sharif’s Disqualification?
Next articleWhite House has deal to lift sanctions on China’s ZTE

18 September 2021
Previous articleWho is behind Nawaz Sharif’s Disqualification?
Next articleWhite House has deal to lift sanctions on China’s ZTE

Is US destroying itself through foreign interventions?

Time to end foreign aid to Israel (and everyone else)