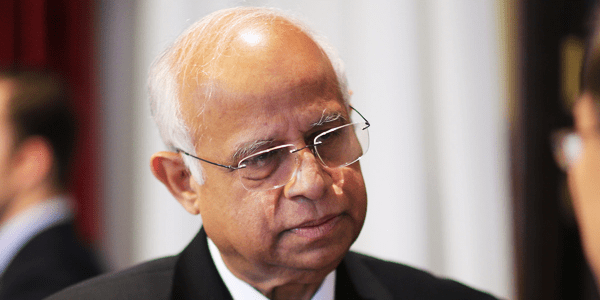 The periodic ups and downs in US-Pakistan relationship, alternating approximately in 10 years cycles since 1971, has had us going from being the “cornerstone” of US foreign policy to being its “gravestone”. Do the decision makers at our highest levels at various institutions of state have a coherent strategy in place that they do not want to share with us or are they being simply complacent?

Former US Ambassador to Pakistan Cameron Munter, who now heads the EastWest Institute (EWI), with Ross Perot Jr as its Chairman, hosted a dinner at the Harvard Club in New York. The guests’ frustration about Pakistan’s policies concerning the Haqqanis was quite apparent, repeated assurances that they or the so-called “Quetta Shura” did not have a safe haven in Pakistan cut no ice with them.

This pervasive skepticism by those genuinely favorable to Pakistan underscoring conviction rather than doubt about Pakistan’s eroding credibility seems to have taken traction in the US among friend and foe alike. During a rather intense week in the US capital, one had candid exchanges over breakfast, lunch and dinner sessions with participants at forums organized by various prestigious think tanks, among them the “America Foreign Policy Council (AFPC)”, the “Stimson Center” and the “Wilson Center”.

At the dinner session with 35 members of the newly formed Pakistan American Press Association (PAPA), one learnt at first hand the problems of Pakistanis living at ground zero of the “trust deficit”. Courtesy my friend, mentor, and teacher, Eurasian and Russian expert Dr. Frederick Starr, Distinguished Fellow at the AFPC, the AFPC Session’s senior Congressional aides from both the Senate and the House as well as distinguished academics.

The Tajik animosity towards Pakistan stems from Ahmad Shah Masood’s Northern Alliance being ousted by the Taliban from Kabul. Describing the adverse mood in Wash DC as Pakistan “Fatigue” is a gross understatement.

Excellently moderated by Hannah Haegeland, the “Stimson Center” breakfast discussion included former US Ambassadors to Pakistan Robin Raphael and Rick Olson, Courtney Cooper of the Council of Foreign Relations, former Ambassadors Teresita Schaffer, Tom Lynch from the NDU, etc.  Both Ambassadors Robin Raphael and Teresita Schaffer also came to the Wilson Center Session professionally conducted by Michael Kugelman, DC’s concern about Pakistan’s eroded standing was openly commented upon by the participants, not with hostility but rather with anguish.

The positive rhetoric during the US-Pakistan love-fest years notwithstanding, this “trust deficit” came to a head in Sep 2011 because of the Haqqanis. Occupying the whole of North Waziristan till December 2013 without any interference and/or intervention from Pakistan, the Haqqanis were neither aided and/or abetted by the ISI or the Army but some of their guerilla attacks within Afghanistan must have emanated on instructions of their leadership from Pakistani territory.

Read more: US sanctions Pakistani companies to set stage for NSG Meeting in…

To maintain the momentum of their successes in Swat and South Waziristan, even Kayani’s battlefield commanders were urging urgent action in North Waziristan, why did Kayani hesitate? Was it because we lacked men and material resources or was he simply apprehensive at the possible “blowback” from the militants in the Pakistani heartland.

After the Haqqani assault on the US Embassy in Kabul Adm Mike Mullen, then US Chairman Joint Chiefs and a true friend of Pakistan cried “foul”, venting his anger and frustration, first in a Press Conference and then before the US Senate, “Pakistan is espousing violent extremism in Afghanistan by allowing the Haqqani network to act  as an arm of the ISI, in choosing to use violent extremism as an instrument of policy the govt of Pakistan, and most especially the Pakistani Army and ISI, are jeopardizing not only the prospect  of our strategic relationship but also Pakistan’s opportunity to be a respected nation with legitimate regional influence”, unquote.

Courtesy my friend, mentor, and teacher, Eurasian and Russian expert Dr. Frederick Starr,  Distinguished Fellow at the AFPC, the AFPC Session’s senior Congressional aides from both the Senate and the House as well as distinguished academics.

The full force of Mullen’s anger became a watershed event marking the rapid decline of US-Pakistan relationship. That Gen Petraeus, both as Commanding General in Afghanistan and then as CIA Chief, observed that he never got any “direct evidence” about Pakistan supporting the Taliban in Afghanistan and that most “evidence” was taken from newspaper reports, was brushed off without comment. By no mean coincidence former Pakistani Ambassador Husain Haqqani fabricating the infamous “Memo” “to save the Zardari regime”, also surfaced during 2011.

An Ambassador meant to primarily safeguard Pakistani’s interests was busy exacerbating all the worst US suspicions about Pakistan. The US is not forgiving when American lives are lost or at risk. When we crossed that fail-safe line we went in short order from being “tolerated friend” to a “possible foe”. Openly aided and abetted by Husain Haqqani, India went into overdrive embellishing the making up of facts defaming Pakistan with outright lies. In December 2013 militants viciously assaulted the Army Public School (APS) in Peshawar leaving over 149 dead including 139 children.

Read more: US is sole superpower due to Pakistan’s positive role in the…

For the record, not a single attacker was Pakistani, they included one Chechen, three Arabs and two Afghanis, and evidence suggested that they had originated from Afghanistan with Afghan NDSI support. Similarly, Mullah Fazlullah who gave the orders to kill Malala has been given refuge in Afghanistan by Afghan govt elements. The Haqqanis ultimately lost their North Waziristan sanctuary when in retaliation to the APS massacre the new COAS Gen Raheel Sharif launched Operation “Zarb-e-Azb” on June 15, 2014, an all-out air and ground assault in North Waziristan.

Till 2011 the US Department of Defence (DOD) had avidly supported Pakistan over the years while the State Department generally was far less tolerant of Pakistan, today 7 years later it is the other way around.  The US failure to build and consolidate their battlefield successes has been because of the inadequacy of the Afghan Army to sustain it. The Afghans find it convenient to consistently blame Pakistan for their own abysmal performance.

The Haqqanis were neither aided and/or abetted by the ISI or the Army but some of their guerilla attacks within Afghanistan must have emanated on instructions of their leadership from Pakistani territory.

With US troops fighting alongside the Afghan Army (consisting a majority of Tajiks, mainly in the officer corps), a whole generation of American soldiers in battlefield camaraderie are subjected to anti-Pakistan propaganda day in and day out. The Tajik animosity towards Pakistan stems from Ahmad Shah Masood’s Northern Alliance being ousted by the Taliban from Kabul.

Read more: Despite daunting past, Pakistan and Russia draw closer amid geopolitical changes

Describing the adverse mood in Wash DC as Pakistan “Fatigue” is a gross understatement.  One has never before witnessed such intense hostility before. The public in Pakistan reciprocates this animosity but they cannot imagine the consequences if this is not only contained but reversed, at least to some extent.  Containing further deterioration in the US-Pakistan relationship must be given priority. To quote Dr. Starr, “the scar tissue one has to deal with is far thicker than assumed, rendering it relatively far more difficult.” Unfortunately, we have too much to lose by doing nothing or too little too late.

Will MQM-P get more ministries in PM Khan’s cabinet?