Amitabh Bachchan spreads positivity with his message of peace

The actor while referring to Sushant Singh had penned a heartfelt note about him stating that it isn’t fair for such a great talent to leave the world so soon. 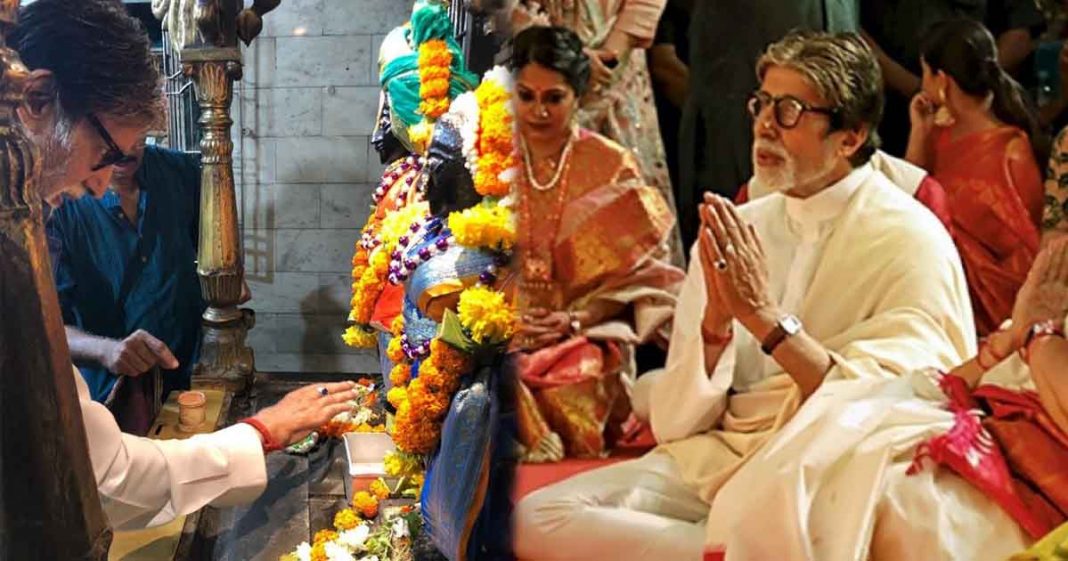 Amitabh Bachchan is a star who has never ceased to be relevant in the past five decades. The superstar has a string of successful films to his name and he has proved time and again one needs to keep evolving with time in order to stay in the industry.

Amitabh is the only actor of his generation who is super active on social media and enjoys feeding his fans with insights from time to time.

Recently, as Sushant Singh Rajput’s death due to suicide came as a blow to one and all, the actor had penned a heartfelt note about him stating that it isn’t fair for such a great talent to leave the world so soon.

In his latest Instagram post, the filmstar wrote: The feet of God; bowing down, divine power refuge; sorrow, dilemma.

Bachchan, born on 11th October 1942, is one of the most iconic film stars in the history of Indian cinema. Instantly recognizable courtesy of his unparalleled `baritone` voice and imposing frame, the superstar is an integral part of Bollywood and Indian television history.

Bachchan, who continues to be one of the most prominent figures of Bollywood is originally from Uttar Pradesh. the actor took the Bollywood industry by storm in the 1970s and early 80s with movies like Anand, Zanjeer, Deewar, and Amar Akbar Anthony. His performances revolutionized the image of protagonists in the industry and Amitabh Bachchan, due to his movie roles, was popularly referred to as “the angry young man” of India.

Amitabh made his Hollywood debut in The Great Gatsby, in 2013.

In 2001, Amitabh Bachchan began hosting the tremendously popular TV show Kaun Banega Crorepati (India`s version of `Who Wants to be a Millionaire`). The show went on to run for several years, with Amitabh Bachchan being one of the key elements that held it together.

The year 2014 saw Amitabh Bachchan debut in a fictional television show- Yudh. The show saw the superstar play the lead role of a businessman who has only a few years to live. Yudh was, however, met largely with mixed and negative reviews.

Soon after, last night Big B posted a picture where he is seen praying in front of God. The actor said that there is so much strength and power in seeking God’s blessing that all worries and troubles seem to feel small. In a tragic situation like this, Big B’s post aimed at spreading positivity and spoke about having strength in tough situations.

Will Sara Ali Khan be in Hindi Medium 2?

US senators vote to end support for Yemen war: What about KSA now?