Indian Journalist Rana Ayyub and The New Yorker’s Dexter Filkins detail the horrific conditions they witnessed in Kashmir to Christiane Amanpour on CNN. 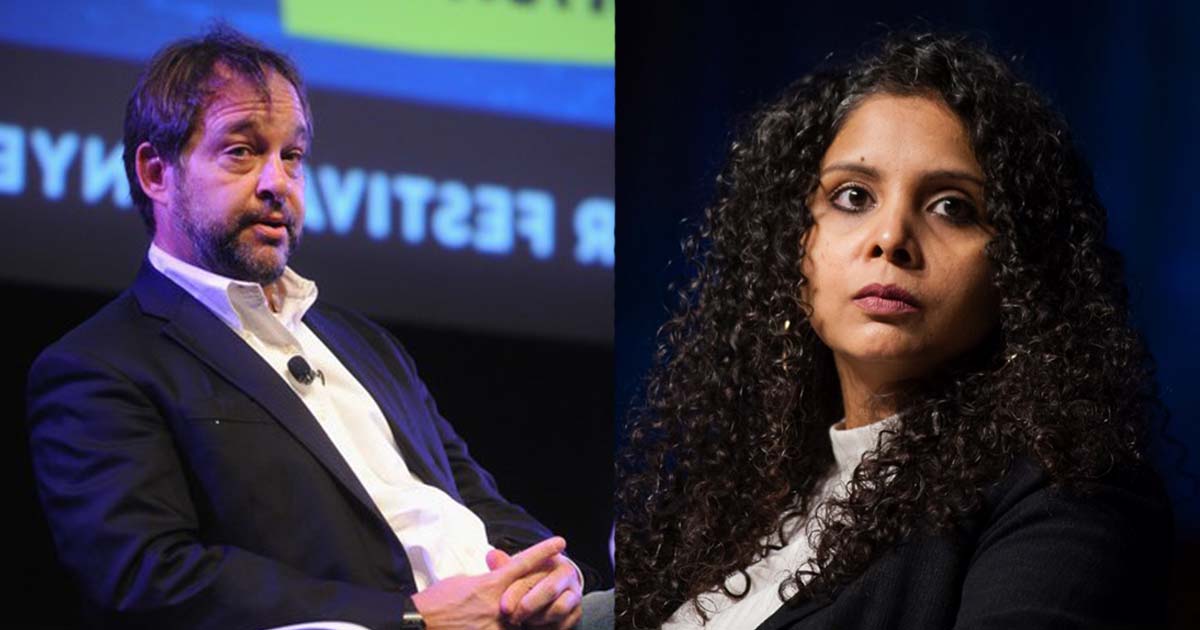 In a latest on Kashmir, Indian Journalist Rana Ayyub and The New Yorker’s Dexter Filkins detail the horrific conditions they witnessed in Kashmir to Christiane Amanpour on CNN.

Filkins said that despite foreigners not being allowed in the territory, he wanted to visit as Kashmir is the largest exhibit of how Hindu nationalism is impacting Muslims in India. Fortunately, they managed to sneak in and to their shock witnessed complete lockdown in Kashmir flooded with soldiers.

.@RanaAyyub and the @NewYorker's Dexter Filkins teamed up and traveled to Kashmir together, all to try and report on what's really going on there. I spoke with them to find out exactly how they did it, and what they found. pic.twitter.com/dz21hJVjOP— Christiane Amanpour (@camanpour) December 10, 2019

Rana Ayyub, who has been critical of Modi’s policies for the last 14 years and witnessed his pro-hindu politics said this was another step towards him establish hindu national supremacy as Kashmir is the only muslim majority state in India.

Filkins and Ayyub met families in Kashmir whose 12-13 year old children, amongst thousands others, have been detained in prisons that are operating well above their capacity levels. Modi’s annexation is a project to humiliate and domesticate Kashmir under the Hindu nationalist dream to unify India and deny Kashmir the special status it rightfully deserves, said Ayyub.

The two journalists managed to sneak into Kashmir two weeks after Modi’s decree as Ayyub suspected the governments story and media reports were self-serving propaganda. “I think the repression is probably worse than it’s ever been” she said to Filkins over the phone.

Read more: Kashmir, the bone of contention: Is there any solution to Indo-Pak border disputes?

They found the reality in Kashmir veered starkly from the picture in the mainstream Indian press. Soldiers stood on every street corner. Machine-gun nests guarded intersections, and shops were shuttered on each block. Apart from the military presence, the streets were lifeless. At Khanqah-e-Moula, the city’s magnificent eighteenth-century mosque, Friday prayers were banned. Schools were closed. Cell-phone and Internet service was cut off.

A Kashmiri doctor visiting their place of residence asked them to check the main hospital where there were young men being treated after security forces fired on them. The police and soldiers were using small-gauge shotguns—called pellet guns by the locals—and some of the victims had been blinded.

At the hospital, they found a scene of barely restrained chaos, with security officers standing guard and families mixing with the sick in corridors. Ayyub and their photographer were detained after being found in the hospital in Srinagar but they asked Flikins to hide as they would face serious repercussions for sneaking in a foreigner. They were released after an hour of questioning and with an admonition, “don’t come back”.

The soldiers had been enraged by young people who throw rocks at their patrols. They dragged Muzaffar down the street toward a mosque. “Throw stones at the mosque like you throw stones at us,” one of the soldiers commanded him

The next morning, they drove to the village of Parigam, near the site of the suicide attack that prompted Modi’s air strikes against Pakistan. In the village, Ayyub stopped the car to chat with locals. Within a few minutes, she’d figured out whom we should talk to first: Shabbir Ahmed, the proprietor of a local bakery. Ahmed told her that during the sweeps, an armored vehicle rumbled up to his home just past midnight one night. A dozen soldiers from the Rashtriya Rifles, an élite counter-insurgency unit of the Indian Army, rushed out and began smashing his windows. When Ahmed and his two sons came outside the soldiers hauled the young men into the street and began beating them. “I was screaming for help, but nobody came out,” Ahmed said. “Everyone was too afraid.”

One of Ahmed’s sons Muzaffar said that the soldiers had been enraged by young people who throw rocks at their patrols. They dragged Muzaffar down the street toward a mosque. “Throw stones at the mosque like you throw stones at us,” one of the soldiers commanded him.

12-14 year old kids are being detained and tortured for weeks by security forces in #Kashmir! https://t.co/ZnqvpCqj1Q— Ashok Swain (@ashoswai) December 3, 2019

Muzaffar said that he and his brother, Ali, were taken to a local base, where the soldiers shackled them to chairs and beat them with bamboo rods. “They kept asking me, ‘Do you know any stone throwers?’—and I kept saying I don’t know any, but they kept beating me,” he said. When Muzaffar fainted, he said, a soldier attached electrodes to his legs and stomach and jolted him with an electrical current. Muzaffar rolled up his pants to reveal patches of burned skin on the back of his leg. It went on like that for some time, he said: he would pass out, and when he regained consciousness the beating started again. “My body was going into spasms,” he said, and began to cry.

After being released, Muzaffar and Ali were taken to the hospital by their father but Muzaffar cried “They have broken my bones, I can no longer prostrate myself before God”

One afternoon they walked through Soura, a hardscrabble neighborhood in Srinagar’s old city which has been the site of several confrontations with security forces. By the time they got there, the police and the Army had withdrawn, evidently deciding that the narrow streets left their men too vulnerable. The locals told them that they regarded Soura as liberated territory and vowed to attack anyone from the government who tried to enter. Every wall seemed plastered with graffiti. One bit of scrawl said, “Demographic change is not acceptable!”

“Nobody has ever asked the people of Kashmir what they want—whether to stay with India or join Pakistan or become independent”, said Yunus, a shop owner who’s 13 year old son had been arrested and beaten. “We have heard so many promises. We have lifted bodies with our hands, lifted heads that are separate, lifted legs that are separate, and put them all together into graves.”

“During earlier restrictions, we would be sometimes allowed to offer evening prayers. But not even once during this time around,” he said. “The closure of the mosque has robbed me of my peace. I’ve been subjected to spiritual torture.” #StandWithKashmir https://t.co/2lueE0AyOn

Back in Srinigar, the journalists met Fahmeeda, a woman whose son Momin was detained, beaten, and then transferred to either the city’s central jail or a prison in Uttar Prasdesh on the other side of the country but no one could confirm.

Fehmeeda said that she was not told what charges had been filed against Momin; Indian antiterrorism law allows the security forces to detain any Kashmiri for any reason, or no reason, for up to two years. In the three decades that Kashmir has been in open rebellion, tens of thousands of men have disappeared, and many have not returned. “I must accept that I will not see him again,” she said.

The R.S.S. and other Hindu nationalists have claimed that the efforts to assuage the Kashmiris created a self-defeating dynamic. The insurgency has stifled economic development, they said; Article 370 was curtailing investment and migration, dooming the place to backwardness. Modi’s decision to revoke the article seemed the logical endpoint of the R.S.S. world view: the Kashmiri deadlock would be broken by overwhelming Hindu power.

A newspaper columnist Pratap Bhanu Mehta wrote that, in Kashmir, “Indian democracy is failing.” He suggested that the country’s Muslims, who have largely resisted radicalization, would conclude that they had nothing else to turn to. “The B.J.P. thinks it is going to Indianise Kashmir,” he wrote. “Instead, what we will see is potentially the Kashmirisation of India: The story of Indian democracy written in blood and betrayal.”

News Desk - 22 April 2021
The Economic Advisory Group (Prime Institute) recognizes the need for achieving a high growth rate, as stated by the new FM. However, the EAG...

Rohingya: The most persecuted minority in the world