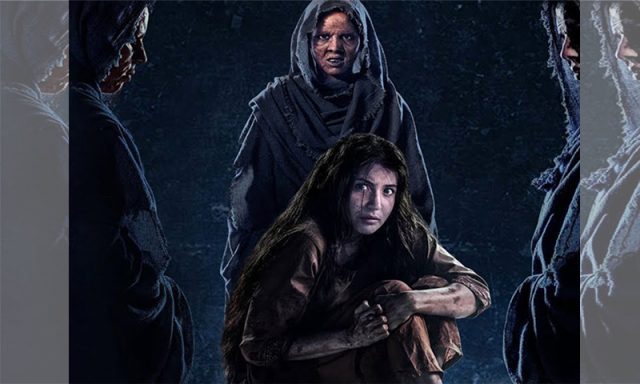 Anushka Sharma’s latest venture, a horror movie ‘Pari’, is reportedly banned all across Pakistan from screening in theatres citing its objectionable content that according to Pakistan’s censor board breaches the existing codes and values.

Just a few hours prior to it’s screening, a popular cinema Nueplex in Karachi, Pakistan, informed their followers on their social media page about the supposed ban on the movie by the Central Censorship Board.

Imported film #Pari has been declared ‘Unfit’ for public exhibition by a panel followed by #CBFC’s Full Board review as it flouts various sections of the existing rules and code of #CBFC. Innumerable dialogues & scenes r against the established religious, social and moral ethos. pic.twitter.com/g6ZGnNnhg6

“We have just been informed that PARI has been banned by the Central Board of Film Censors, Pakistan. Hence the film will not be screened at Nueplex Cinemas,” the post read.They further offered to refund the purchases of tickets made by the buyers.

“Tickets already sold can be refunded from our box office. We apologize for any inconvenience caused,” it further added. Pari is a horror movie that features Anushka Sharma. The movie has been released from her production house.

He said,  “[the movie] flouts various sections of Code of Censorship for Films” and has therefore been banned. The statement claimed that the film contains various scenes black magic with Quranic verses and Hindu mantras being recited together. Hence the unanimous decision of the censor board deemed it inappropriate for public exhibition.

Atrium cinema owner Nadeem Mandviwalla stated that the film was cleared from the Sindh Censor Board, however, Central Board of Film Certification banned it.

“Pari was cleared by the Sindh Board and Punjab Board, however, the Islamabad Board (CBFC) banned it. Although the film could have released in Sindh and Punjab barring Islamabad, the distributors decided to not release it,” Mandviwalla added.

‘Pari’ is the third Indian film to be banned from screening in Pakistan in the last few months. Salman Khan’s ‘Tiger Zinda Hai and Akshay Kumar’s ‘Padman’ being the other two, that confronted bans from Pakistan’s censor board.

Previous articleThe jeopardy of taking others’ opinions seriously
Next articleSC did not strike down any amendment, detailed judgment reveals

20 September 2021
Previous articleThe jeopardy of taking others’ opinions seriously
Next articleSC did not strike down any amendment, detailed judgment reveals

Google honors Noorjehan on her 91st birthday with a doodle