Arab-Israeli ties: The Doom of the Palestinian cause? 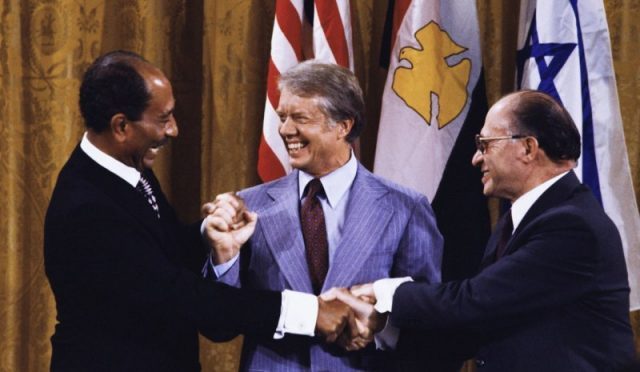 Netanyahu met with Oman’s Sultan Qaboos late Thursday, an encounter that was kept secret until after he returned to Israel, where it was presented as a major coup for the Jewish state’s efforts to bolster ties with the Arab world.

Oman closed those offices in 2000 after the outbreak of the second Palestinian intifada.

“The value system and the Arab political and social pact don’t exist anymore,” said Mohammad Shtayyeh, an adviser to Palestinian president Mahmud Abbas, in a statement.

“It is the start of a public normalisation and the end of the Arab peace initiative”, he added, referring to a 2002 Arab League proposal.

The 2002 initiative affirmed Arab states would restore diplomatic ties with Israel in exchange for a peace settlement creating a Palestinian state that returned all land occupied or annexed in and since the 1967 war.

Deputy speaker of the Palestinian parliament Hassan Khreisheh on Saturday lamented an “unprecedented haste by Arab countries to normalise ties with Israel”.

Netanyahu’s visit to Oman was the first by an Israeli premier since 1996 when acting prime minister Shimon Peres visited and the countries agreed to establish trade representative offices. Oman closed those offices in 2000 after the outbreak of the second Palestinian intifada.

Netanyahu has long sought alliances with other Arab states which, like Israel, face an emboldened Iran, stressing that such ties could enable peace with the Palestinians.

News Desk - 9 April 2021
China on Thursday hoped that India would strictly abide by the signed agreements between the two sides and stabilize the situation in the borders areas with real actions.

Is India cutting ‘off its nose to spite its face’ on OBOR?