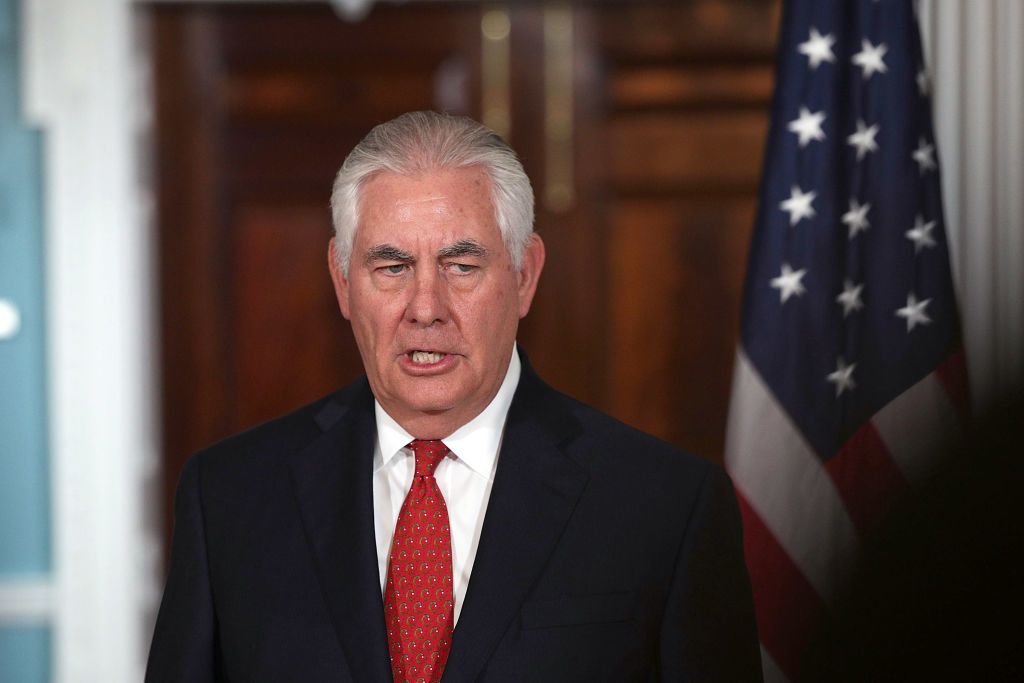 Pakistan has told the United States that it “is not North Korea” and that it was committed to global peace, diplomatic sources said. The latest altercation is the recent addition to a fracturing relationship between the two old allies.

Sources have stated that Pakistan had complained against US Secretary of State Rex Tillerson’s remarks that he did not enjoy dealing with Pakistan and North Korea. The officials said that Pakistan had been making efforts to win the US trust and the recent high-level meetings ended positively.

One official said: “We told them [the US] that such statements created misunderstandings as the two countries tried to mend fences. We have asked them to trust Pakistan to move on.” He added: “The US claimed it was not a policy statement by the secretary of state and the US was sincere in partnership with Pakistan.”

Asif said if the UN Security Council did not act, then the OIC should call for a UN General Assembly emergency session to discuss the issue.

Tillerson, who had met Pakistan’s civil and military leaders during his October visit to Pakistan, contended that the US could not continue dealing with Pakistan “with the way things are” because of its record on terror. However, he said that the US wanted to “expand ties with India because of the importance of its economy as well as shared national security concerns.”

In another address at the 2017 Atlantic Council-Korea Foundation Forum in Washington on Wednesday, Tillerson said: “We are willing to share information with them [Pakistan] and we want them to be successful. But we cannot continue with the status quo, where terrorist organisations are allowed to find safe haven inside of Pakistan.” The secretary of state said he had conveyed to Pakistan that Islamabad’s “policy of terror safe havens” could “backfire”.

This month, US Defence Secretary James Mattis had visited Pakistan and made it clear that his country had not “seen any practical change” in Pakistan’s attitude even after several high-profile visits were exchanged between the uneasy allies to raise the trust level.

Sources have stated that Pakistan had complained against US Secretary of State Rex Tillerson’s remarks that he did not enjoy dealing with Pakistan and North Korea.

Just before Mattis met the Pakistani civil and military leadership, Central Intelligence Agency chief Mike Pompeo had warned Pakistan that his country would do “everything we can” to eliminate the alleged safe havens of the terrorists in Pakistan , if Islamabad failed to act. Washington has long been pressing Pakistan to act against the Haqqani network.

In August, US President Donald Trump accused Pakistan of protecting the “agents of chaos” and warned to end the alliance if Pakistan did not show results. The release of Jamaat-ud-Dawa chief Hafiz Mohammed Saeed – whom the US and India accuse of masterminding the 2008 Mumbai attacks that killed 166 people – also infuriated the US.

Read more: Can Pak-US ties be reconfigured amid hardened positions?

Amid the tension, Pakistan Ambassador to the US Aizaz Ahmed Chaudhry met member of the US Senate Armed Services and Select Intelligence committees Senator Tom Cotton and member of House Foreign Affairs Committee Congressman Mark Meadows in Washington, on Wednesday to discuss the bilateral ties.“ The ambassador briefed them on Pak-US relations and Pakistan’s perspective on the regional situation,” the foreign ministry here said.

Pakistan has told the United States that it “is not North Korea” and that it was committed to global peace, diplomatic sources said.

Asif said if the UN Security Council did not act, then the OIC should call for a UN General Assembly emergency session to discuss the issue. Another official at the foreign ministry said despite the “differences”, Pakistan and the US were on the “right path” towards improving the bilateral ties.

Read more: Of promises, meddling and delusions: the story of Pak-USA ties

“Thanks to anti-Pakistan elements, the trust level has dropped. It is becoming difficult to convince the US about our sincere role in the war on terror,” he said. The official said Pakistan hoped Washington would work jointly with Islamabad for lasting peace in Afghanistan.