A number of high-profile celebrities, like Ariana Grande and Halsey, have marched alongside activists and shared updates from the ground on social media. 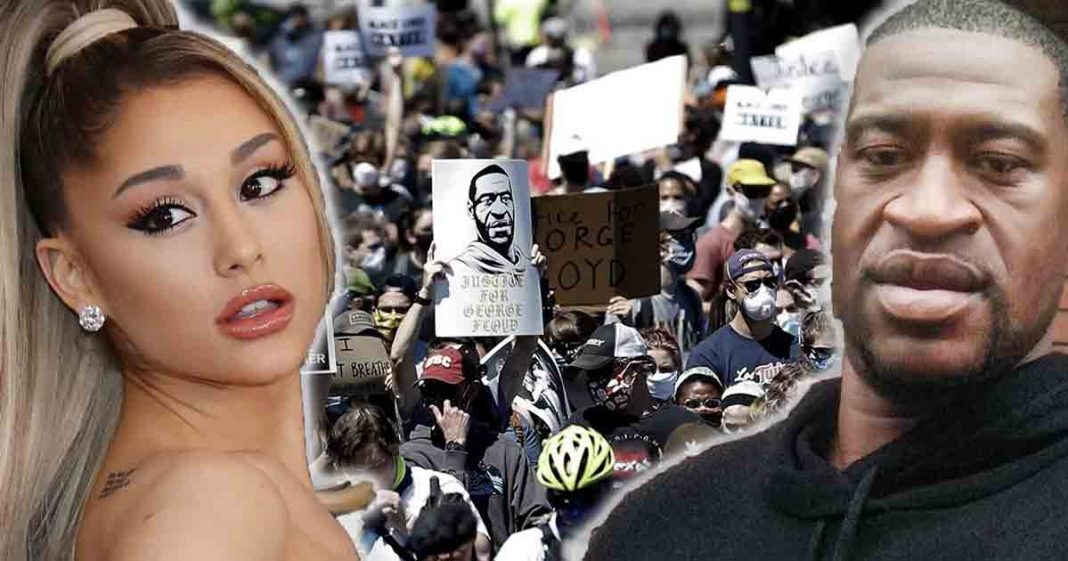 Protests in all states of the US are still ongoing, spurred by the horrific death of George Floyd, an unarmed black man mercilessly killed by white cops. The death spawned a wave of grief throughout the United States and lead to the resurgence of BlackLivesMatter, a hashtag and a movement created to quell the wave of white supremacy in the states. Now, as matters grow worse, the movement is finding some big celebrities who are joining in on the protests.

John Cusak was just one of the few of Hollywood’s big names who joined in the protests. Ben Affleck and new girlfriend Ana De Armas also joined protesters calling for change to be made. At seperate events were stars Ariana Grande, Kristen Stewart, Fiona Apple, Lana Del Ray and Jamie Fox. Halsey was also seen helping out injured protesters giving first aid and earning the respect of millions. Micheal B. Jordan, Timothee Chalamet and Harry Styles have also been seen marching while others like actor Kendrick Sampson and Cole Sprouse were also arrested at the marches.

Elsewhere in Los Angeles on Tuesday, Keke Palmer marched with protesters and urged members of the National Guard, many of which were stationed around the city, to march with her in a show of solidarity. In a widely circulated video, True Jackson VP and Scream Queens star Keke Palmer is seen begging a guardman to march alongside the crowd instead of fending them off.

Many took to social media to join the protest. Billie Eillish in a lengthy post to her more than 63 million Instagram followers penned an open letter expressing her frustration and outrage.

“Society gives you privilege just for being white,” she wrote. “You can be poor, you can be struggling..and still your skin color is giving you more privilege than you even realize and nobody is saying that makes you better than anyone

“After stoking the fires of white supremacy and racism your entire presidency, you have the nerve to feign moral superiority before threatening violence? ‘When the looting starts the shooting starts’??? We will vote you out in November. @realdonaldtrump”

That tweet with more than a million likes has since become her most liked tweet to date. Swift’s friend and fellow singer Selena Gomez also took to Instagram to provide links to help fight against injustice. Gomez also shut down her website with a message stating that right now the only thing that should be everyone’s focus is justice for Floyd.

“We are not staying silent and we are not standing by. The fight against racial inequality, injustice, and straight up racism doesn’t stop with financial donations and words of support. In solidarity with the Black community, our employees, our friends, our families, and our colleagues across industries we are proud to take part in #BlackoutTuesday.”

Read more: TikTok blamed for censoring of hashtags related to US protests

Fellow Singer Beyonce took to Instagram to share a video about a petition that she started, demanding justice for Floyd. “If you want to demand more charges brought on all those involved in the death of George Floyd, click the link in my bio to sign the petition”, the singer captioned her clip.

If you want to demand more charges brought on all those involved in the death of George Floyd, click the link in my bio to sign the petition.

The chorus of voices against the racism in the states and actions taken against the protesters are ever growing. With the tensions between the left and the right at an all time high, the November election is going to be very important to determine the future of the America.