“This is our pandemic. It infects all of us, and in 400 years we’ve yet to find a vaccine," said George Clooney. He even urged people to remove President Donald Trump from the presidential office in the next elections. 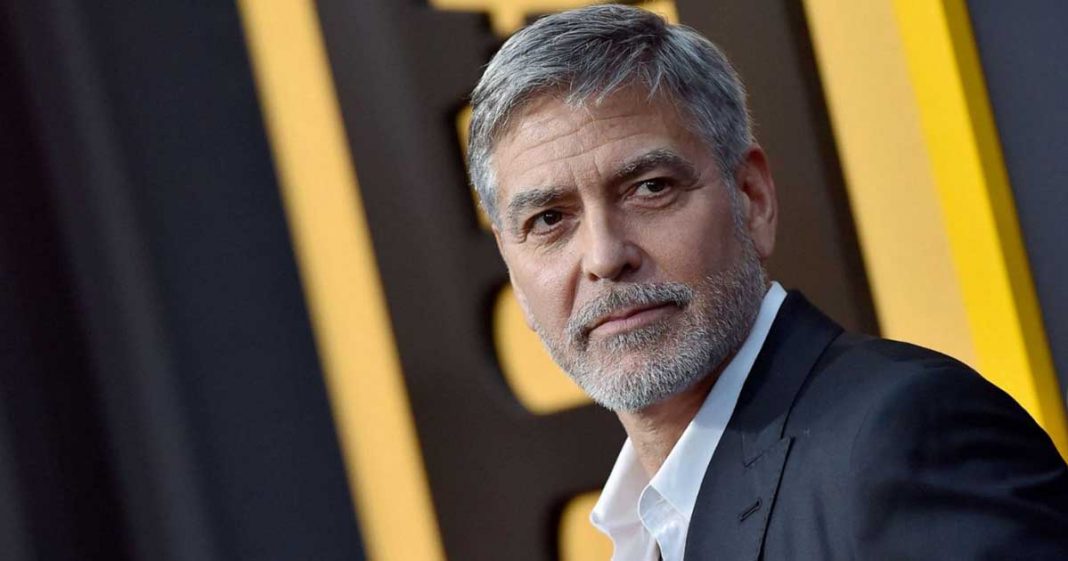 George Clooney, an American actor, and activist believes racism is America’s pandemic. Clooney reacted to the death of George Floyd- a black American in his latest column for the publication Daily Beast.

The death of 40-year-old George Floyd spiked an uncontrollable public outcry across America. Protestors took to streets and vandalized properties. Demonstrators chanted slogans against black racism and demanded to punish the alleged police officers. Protests spread to other countries including London and Paris- furious citizens demanded justice for George Floyd.

The incident stems from white supremacy, racism, and bigotry against Black Americans. Hence, the upset protestors assert that justice is their due right.

A disturbing video shows a white Minneapolis police officer pressing his knee on the neck of George Floyd that caused his death. The video circulated on social media that sparked fury. Also the video shows, a few more police officers stood by the scene and watched George Floyd struggling to breathe.

Actor and activist Clooney joined global outrage against the death of George Floyd. He penned down an instructive analysis of the anti-black racism in the USA.

Clooney called for a “systematic change” of law enforcement, criminal justice, and political leadership style in the USA. He alerted that urgent actions are needed to combat racism in the USA.

“There is little doubt that George Floyd was murdered,” wrote Clooney. He said “We watched as he took his last breath at the hands of four police officers.” George Clooney then praised the “defiant reaction” of millions of people around the world who are taking part in the demonstrations.

“We don’t know when these protests will subside. We hope and pray that no one else will be killed. But we also know that very little will change. The anger and the frustration we see playing out once again in our streets is just a reminder of how little we’ve grown as a country from our original sin of slavery.

“This is our pandemic. It infects all of us, and in 400 years we’ve yet to find a vaccine.” He even urged people to remove President Donald Trump from the presidential office in the next elections.

“We need policymakers and politicians that reflect basic fairness to all of their citizens equally. Not leaders that stoke hatred and violence as if the idea of shooting looters could ever be anything less than a racial dog whistle. “And there is only one way in this country to bring lasting change: Vote.”

Clooney previously criticized Donald Trump for failing to lead the country. Moreover, he accused the president of being” in over his head and incapable”.

While the death of George Floyd by Minneapolis police officers reflects racism it also highlights the culture of police brutality and torture.

Millions of social media users across the world including celebrities expressed their disgust and sorrow on the death of George Floyd under Twitter #BlackLivesMatter- a slogan that calls for humane and just treatment of black minorities.  However, social media users continue to express solidarity with George Floyd and all the other victims of racism with another Twitter trend-#blackoutday or #blackouttuesday. People turned internet black in support of the Black Lives Matter movement that returned to the spotlight after the death of George Floyd.

Singer Selena Gomez also shut down her website in an act of solidarity. The 27-year-old singer wrote: “It’s my hope today you are taking the time to do some introspective thinking about how we can all come together and listen to one another with an open heart and mind.” But “The country is long overdue for meaningful changes to our broken society. Black lives matter”, the singer added.

The mother, Roxie Washington, of the daughter of George Floyd’s six-year-old daughter Gianna demanded justice in an emotional plea. She wants all the police officers to pay for their crimes. She continued to sob while addressing the media. Roxie insisted Floyd was a good man “no matter what anybody thinks”.

“At the end of the day, they get to go home and be with their families. Gianna doesn’t have a father.

Previous articleJoint Declaration in danger says Britain as it cautions China over Hong Kong
Next articleWhy Trump attacks the press, the American people & their Constitution?

27 July 2021
Previous articleJoint Declaration in danger says Britain as it cautions China over Hong Kong
Next articleWhy Trump attacks the press, the American people & their Constitution?

Defund the Police campaign: US cops weigh in on the plan