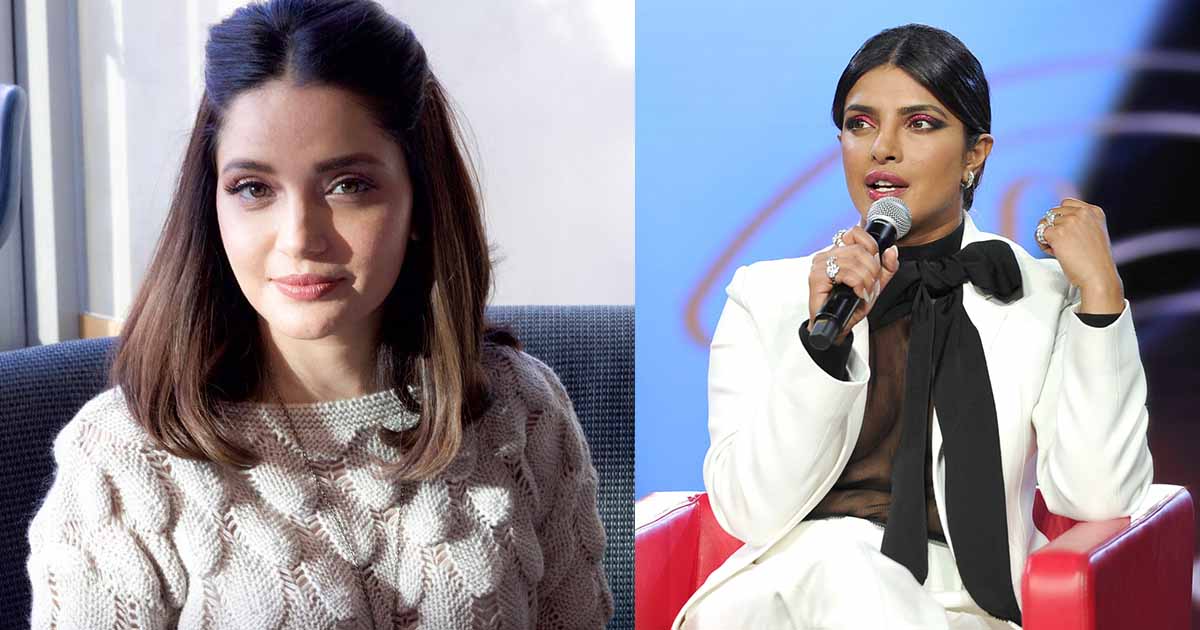 Armeena Khan urged United Nations to revoke Bollywood actress Priyanka Chopra’s status as the organization’s Goodwill ambassador. Chopra came under fire on social media when she snubbed a Pakistani girl who called the actress out on her hypocrisy.

Armeena Khan not only protested on social media but also wrote an open letter to UNICEF’s Executive Director Henrietta H Fore to repeal Priyanka Chopra from her status of a global peace ambassador.

Armeena Khan questioned whether UNICEF would wish to continue their partnership with Priyanka Chopra despite her repeated confessions of supporting the war. Khan wrote that the Pakistani girl’s legitimate question was discarded as ‘venting’.

“With this in mind and the repeated stance of Mrs. Chopra-Jonas, we are sure that we echo the thoughts of many people in asking whether UNICEF endorses Mrs. Chopra-Jonas’ stance on patriotism? Do you think it is acceptable for you to work with partisan partners who support war? May we invite UNICEF to distance itself from ambassadorships that are in-congruent with your organizational values and culture,” Armeena wrote in her letter.

Priyanka Chopra’s remarks prompted a whirlwind of criticism on social media, especially after India’s annexation of Jammu Kashmir following the dissolution of its Article 370 and 35-A.

“Mrs. Chopra-Jonas will be tarnished by her stance going forward, as will those associating themselves with her. Ultimately it is your responsibility, as Executive Director to act promptly in safeguarding the reputation of UNICEF,” added Armeena.

Also mentioning that “This was about power, reflecting exactly the response that the Kashmiri people meet from the Indian State. It is clear Mrs. Chopra-Jonas deprecates peace in favor of her patriotism at any cost, including human rights, children, war, or UNICEF’s values.”

People of Pakistan would distance themselves from the UNICEF if the organization failed to comply by the demands of removing the actress from her status of a peace ambassador.

*** LET ME FIX THIS HEADLINE*** After Priyanka Chopra is royally SHUT down BY A Pakistani woman at US event, Pak actress Armeena Khan urges UNICEF to remove her as peace ambassador AND RIGHTFULLY SO ❤️ https://t.co/SbB4Kwyjc0— Armeena 🦋 (@ArmeenaRK) August 14, 2019

*** LET ME FIX THIS HEADLINE*** After Priyanka Chopra is royally SHUT down BY A Pakistani woman at US event, Pak actress Armeena Khan urges UNICEF to remove her as peace ambassador AND RIGHTFULLY SO ❤️ https://t.co/SbB4Kwyjc0

UNICEF needs to take action immed or it will make a mockery of all such positions! https://t.co/8BiHtQjVPf— Shireen Mazari (@ShireenMazari1) August 12, 2019

Pantene, Gap, Pepsi, Nokia, Garnier, TAG Heuer, Nirav Modi, Appy Fizz, Schmitten Luxury Chocolates, Lux, Bru, & Nikon are some of the brands @priyankachopra endorses, but they & @unicef should be pressured to drop her. More power to @Spishaa for breaking silence on this— Usama Khilji (@UsamaKhilji) August 12, 2019

This is not what you call walking on a middle ground it’s a choice it’s a mindset. Today I am so proud that I belong to a country where people and their artists don’t choose diplomatic middle grounds over humanity #WeStandWithKashmir #pakistanZindabaad 🇵🇰 #humanityfirst 2/2— Mirza Gohar Rasheed (@GoharRsd) August 12, 2019

The conversation between the two women was caught on camera and released on social media, which unfolded into a global controversy.

“You are a United Nations Goodwill ambassador for peace and you are encouraging nuclear war in Pakistan. There is no way you are in this… As a Pakistani, millions of people, like me, have supported you in your business,” Malik said at the event.

The actor responded to Malik’s query by stating that she has ample friends from Pakistan but she is also patriotic. Adding, “So I’m sorry if I hurt sentiments of people who do love me and have loved me. But I think that all of us have a sort of a middle ground that we all have to walk. Just like you probably do as well. The way that you came at me right now… girl, don’t yell. We’re all here for love.”

Priyanka Chopra’s remarks prompted a whirlwind of criticism on social media, especially after India’s annexation of Jammu Kashmir following the dissolution of its Article 370 and 35-A.

Priyanka Chopra tweeted during a time when we were this 👌🏽 close to sending nukes to one another. Instead of advocating for peace she tweeted in support of the Indian army pic.twitter.com/LhbMkOW59v— Ayesha Malik (@Spishaa) August 11, 2019

This is how your favorite celebrities look under corona lockdown

Iran oil sanctions: US threatens with no exemptions to any country