A UN report says that arms used in the attacks on Saudi Arabia last year were of Iranian origin, including certain components. However, Iran has categorically denied this charge, and instead feels that the US has sinister intentions to cause conflict between Iran and Saudi Arabia. 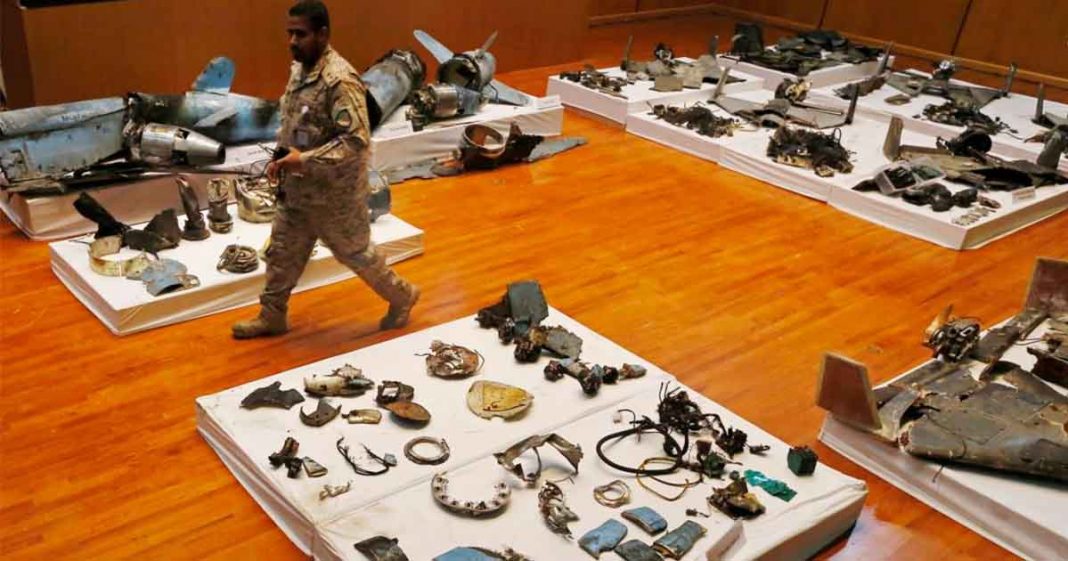 Cruise missiles and drones used in attacks last year on Saudi Arabia were “of Iranian origin,” including components that had been made in Iran or exported there, according to a report by the UN Secretary-General.

The document, which covers the implementation of the 2015 UN nuclear accord with Iran and was seen by AFP on Friday, offers a detailed examination of debris from the weapons used in the attacks.

The strikes targeted a Saudi oil facility in Afif in May, the international airport at Abha in June and August and state oil giant Aramco’s processing facilities in Khurais and Abqaiq in September.

“The Secretariat assesses that the cruise missiles and/or parts thereof used in the four attacks are of Iranian origin,” the report by UN chief Antonio Guterres said.

The document, submitted Thursday to the Security Council, added that the drones used in the May and September attacks were entirely or partially from Iran.

The devastating multi-pronged strikes against Aramco caused extensive damage and briefly interrupted production of half of the country’s oil output.

France, Germany and Britain joined the United States in September last year in accusing Iran of carrying out the attacks.

The report draws on weapons seized by the United States off the coast of Yemen in November 2019 and February of this year which were likely destined for the country’s Huthi rebels.

The evidence of Iran's arming of Houthis & Iraqi militias against Saudi Arabia & other targets has been so overwhelming, that even the UN, which had tried to conceal the origin of the missiles in the past, has had to admit Iran's role in these attacks.https://t.co/mEPNPRKLfc

Those weapons, or parts of them, were “of Iranian origin,” such as anti-tank missiles, or had been “delivered to the Islamic Republic of Iran,” such as optical weapons sights, the report said.

Items may have been transferred “in a manner inconsistent with resolution 2231” of 2015, the secretary-general said, noting that some of the seized weapons were identical or similar to parts recovered from the 2019 missile and drone attacks.

In a letter addressed to Guterres from Iran’s UN delegation and dated May 22, Tehran said it had not been policy to export weapons “in violation of relevant arms embargoes of the Security Council.”

But the letter also insisted that the 2015 resolution “does not prohibit the transfer of arms from Iran.”

The Iranian mission to the UN stated in February issued an statement. “Just hours after the attack on Saudi oil facilities on September 14, 2019, the US baselessly attributed it to Iran, but has failed so far to present any shred of evidence. Now, it clutches at every straw to seemingly prove its allegation,” Iran responded to the US mission doubling down on the White House’s claim that Iran was involved in the September 14 twin attacks on facilities owned by Saudi oil giant Aramco in Abqaiq and Khureys.

In September last year, Yemeni Houthis took the responsibility for the attacks. It disrupted operations at the largest oil processing facility in the world namely, Abqaiq oil plant. Since 2015, Houthis are engaged in war with the ousted President Abdrabbuh Mansur Hadi backed by the Saudi-led coalition. Immediately after the attacks took place, the US pointed the finger at Tehran without waiting for any fact-finding mission to be sent to the sites.

Iran rejected the finding on Friday, saying the UN report contained “a number of serious flaws, inaccuracies and discrepancies.”

“The UN Secretariat lacks the capacity, expertise and knowledge to conduct such a sophisticated and sensitive investigation,” the Iranian delegation said.

Iran points the finger at the US

Iranians believe that US attacked the oil refineries of Saudi to provoke a fight between Iran and Saudi Arabia. A twitter user said Bush would have made more destructive attacks on oils facilities.

The US mission reiterated its allegations framing the report’s findings as a foregone conclusion. US mission says the recently released UN Yemen panel report concludes that Houthi forces were “unlikely” responsible for the bombing since the operation was too “complex” and the “estimated” range of weaponry the militants supposedly possess would not have allowed for such launches from the rebel-held territory.

Interestingly, the Secretariat’s report coincides with the US’ move to propose a dangerous draft resolution that paves the way for extension of arms restrictions on Iran in an illegal way; and yet more surprisingly, the content of this report is used by the US two weeks prior to its official release. The aforementioned fact creates the impression that the report has been prepared under direction of the United States and to be used in the efforts of that State in the Security Council against Iran.

Iran urges US as lifting sanctions a must for reviving JCPOA