Army condemns detailed Judgement as being against religion and humanity

Maj Gen Asif Ghafoor, DG (ISPR), addressed a press conference on Thursday evening, in which he deemed the detailed judgment in the high treason case against former army chief Gen Pervez Musharraf to be against humanity and religion". 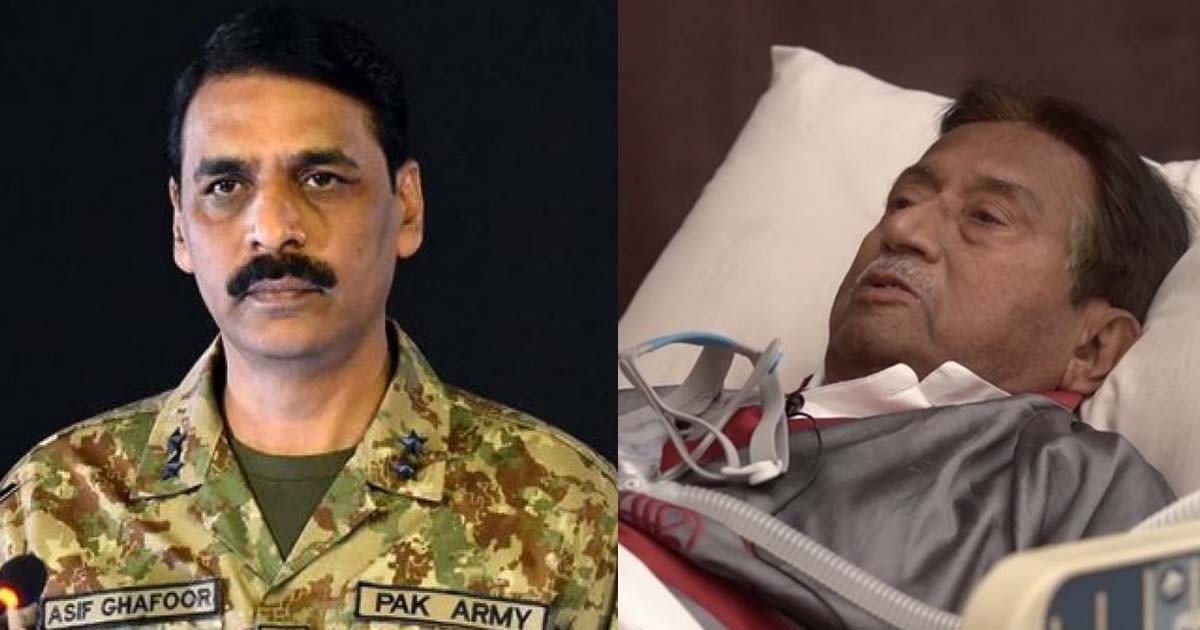 DG ISPR Maj Gen Asif Ghafoor expressed the army’s shock over the words used in the high treason case judgment against former Army chief Gen Pervaiz Musharaff, deeming them as being against humanity, civility, and religion.

He addressed a press conference on Thursday evening after the detailed judgment came out earlier in the day. Maj Gen Ghafoor started by saying that the military had on December 17 already expressed its reservations after General Pervaiz Musharraf was sentenced to death by the special court for high treason. “Today’s detailed judgment in the case against Musharraf showed that those reservations are proving to be true”.

He went on to say that the verdict issued today — especially the words used in the written order — “transgresses humanity, religion, culture, and other values”.

The DG ISPR said the country is currently facing internal and external threats “Some people want to provoke us through internal and external attacks into fighting amongst ourselves in the current circumstances, and are dreaming of defeating Pakistan in this manner. He cited the recent statement by the Indian Army Chief.

He continued: “The Pakistan Army is not just an institution. It is a family. We are armed forces of the people [and] are strengthened by the people’s support.

“We know how to defend the country and also know very well how to defend the respect and dignity of the institution. But for us, the country comes first and the institution second.” He explained that PM Khan and General Bajwa were on the same page and had discussed the detailed judgment and how to go forward after the verdict keeping in view the “sentiments of the armed forces” and of patriotic Pakistanis.

After the detailed verdict was announced earlier in the day by the Special Court, it met with furor over social media, with many notable personalities condemning the language one judge used in the verdict.

The verdict read “We direct the law enforcement agencies to strive their level best to apprehend the fugitive/convict and to ensure that the punishment is inflicted as per law and if found dead, his corpse be dragged to D-Chowk, Islamabad, Pakistan and be hanged for 3 days”

Gen. Musharraf’s former advocate Faisal Ch. said he was shocked with the wordings judge used against Musharraf. The judgment seems to be coming from a 20th century judge against someone he really dislikes. Media & legal experts have condemned the wording and hold the notion that judges have marred the verdict and made it look vindictive.

What does the future hold for Caucasus?