The Chinese army deployed medical specialists Saturday to the epicentre of a spiralling viral outbreak that has already killed 41 people and spread around the world, as millions spent their normally festive Lunar New Year holiday under lockdown. 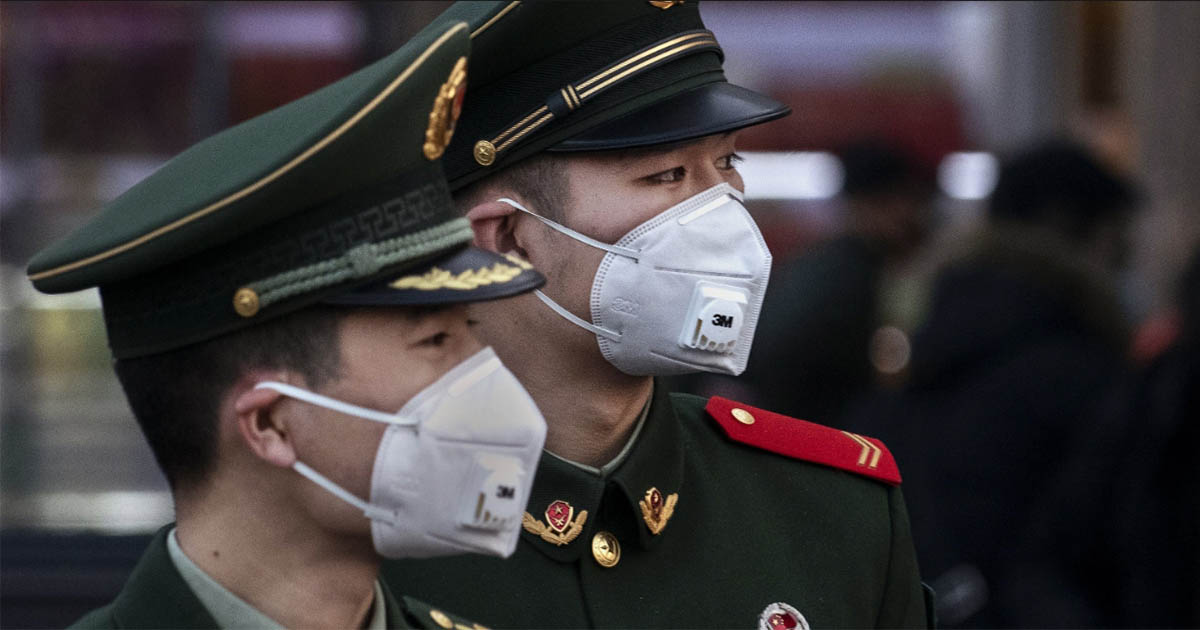 In China, army deployed medical specialists Saturday to the epicentre of a spiralling viral outbreak that has already killed 41 people and spread around the world, as millions spent their normally festive Lunar New Year holiday under lockdown.

The country’s most important celebration has been all-but cancelled for people in a dozen cities who have been ordered to hunker down.

On Saturday, when they should have been celebrating, citizens of Wuhan stood in line at a pharmacy to buy masks from employees in full-body protective suits and surgical gloves.

#BreakingNews #NSTworld: A doctor at a hospital in #China’s #Hubei province, the centre of the #coronavirus outbreak, has died from the #virus.https://t.co/Xg2jNon1bI#wuhan

China has launched a massive quarantine effort across much of Hubei province, affecting more than 40 million people.

On the eastern outskirts of Wuhan — Hubei’s capital and the original source of the previously unknown 2019 Novel Coronavirus (2019-nCoV) – police manning a roadblock turned away a handful of vehicles trying to escape the city.

Read more: US stocks steady as WHO says new China virus not an emergency

“Nobody can leave,” an officer told AFP.

But the respiratory contagion continues to spread.

China has been working very hard to contain the Coronavirus,The United States greatly appreciates their efforts and transparency, It will all work out well

The nationwide death toll has now jumped to 41, the government said Saturday, after 15 more people died in Wuhan.

Confirmed cases of infection nationwide also surged, to 1,287, up from 830 reported 24 hours earlier. Most of the deaths and overall cases have been in Hubei.

The medics, who arrived on military aircraft late Friday, include doctors with experience combating SARS or Ebola and will be dispatched to hospitals that are reportedly short on beds due to a crush of infected patients and worried locals.

“Everyone is just trying to protect themselves,” said a man in a surgical mask at a store where customers were stocking up on protective gear.

But the man, who declined to give his name, expressed confidence in Chinese authorities.

“The government is in control of this. It’s not a problem.”

The virus has caused global concern because of its similarity to SARS (Severe Acute Respiratory Syndrome), which killed hundreds across mainland China and Hong Kong in 2002-2003 and spread to a number of other countries.

It has now been reported nationwide and in a dozen other countries, with France on Friday saying three cases had been confirmed there — the first known infections in Europe.

Australia and Malaysia on Saturday became the latest countries to confirm infections.

Beijing’s Forbidden City, Shanghai Disneyland, and a section of the Great Wall are among many attractions that have closed until the coast is clear.

“Usually we celebrate as a family. Now, because of the virus I’m not even visiting my parents,” said Wang Fang, a 49-year-old Wuhan native.

“It’ll be great just to be able to make it through (the outbreak).”

China’s aggressive response has won praise internationally, especially compared to its handling of SARS, when it was accused of a sluggish response and stonewalling the international community.

“China has been working very hard to contain the Coronavirus,” US President Donald Trump tweeted, hours after the United States confirmed its second case.

“The United States greatly appreciates their efforts and transparency,” he added.

“It will all work out well.”

The virus has struck at a bad time for containment, with hundreds of millions of Chinese rushing home for the festival.

The timing could limit the economic impact, however, since much of China normally shuts down anyway during the week-long break.

The outbreak emerged in late December and has been traced to a Wuhan seafood and live animal market that sold a vast range of exotic animals and other bushmeat.

The World Health Organization on Thursday stopped short of declaring a global health emergency, which would have prompted greater international cooperation, including possible trade and travel restrictions.

Wuhan, however, now resembles a ghost town due to the clampdown, but hospitals bustled with worried patients being screened by staff wearing full-body protective suits.

Wuhan’s Guiyuang Temple is normally thronged for the Lunar New Year with tens of thousands of devotees paying respects to a deity associated with wealth.

Work begins to build a hospital in 10 days.

China rushing to build a new hospital in Hubei province in a staggering 10 days to treat patients at the epicentre of a deadly virus outbreak https://t.co/t28YZJZo56 pic.twitter.com/lie4q5kDp4

But police manning a roadblock on the way to the site on Saturday turned away AFP journalists, saying the temple was closed to prevent the spread of the virus.

The scale of the crisis has prompted authorities to start construction on a new field hospital in Wuhan to deal with the outbreak, which state media said could be ready in 10 days.

Previous articleIs Prime Minister Shahbaz Sharif in the making?
Next articleMexican children take up arms in fight against drug gangs

Lifting up stay-at-home restrictions could resurrect the virus: WHO

Smoking: a rundown on lighting up