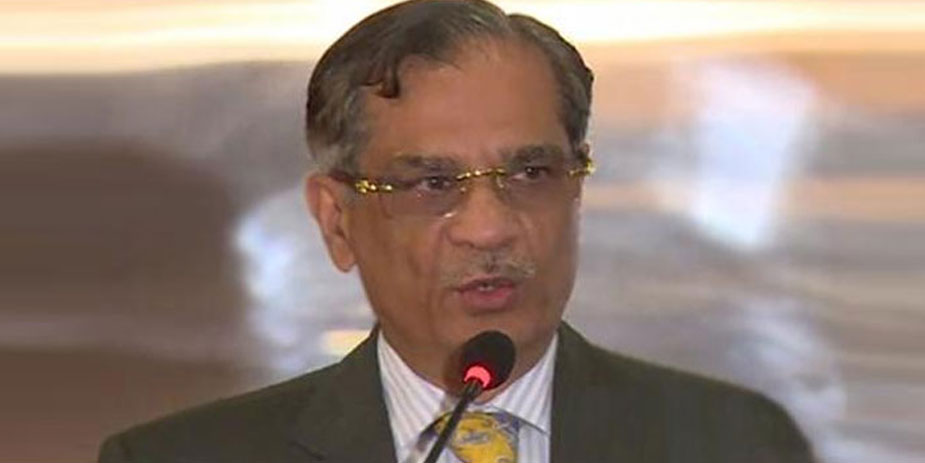 Asma Jahangir, the counsel of disqualified PTI lawmaker Rai Hasan Nawaz, presented her arguments before the SC and asserted that Article 62(1)(f) is ambiguous since it is difficult to define the honesty of a person. She argued that the question of eligibility and disqualification does not matter to the voters and further asking that who will define the ‘ideology of Pakistan’? Asma also argued that there is no court in Pakistan that issues any declaration on the character of a candidate.

Justice Umar Ata Bandial responded that the question of ideology is not the matter of discussion in this case. Asma then claimed that Parliament is not a free and independent body and the Parliament should decide matters of political interests. The Chief Justice of Pakistan (CJP) Saqib Nisar disagreed with her notion. Asma later pleaded that Article 62 and 63 should be the same, and the duration of disqualification should be decided by the courts with a maximum disqualification of up to 5 years.

The CJP agreed that Article 62(1)(f) is ambiguous and ‘it will be a difficult task to define it’. Justice Ijazul Ahsan inquired whether a dishonest person can become honest over a period of time. He added that the ideal person should hold the highest standards. Asma replied that such people would have to be imported from outside the country since they are not found in this country.

Read more: CJP threatens to take over Evacuee Trust board over Katas Raj

Justice Sajjad Ali Shah observed that there is a difference between elected representatives and ordinary people so they should be held to higher standards of character and honesty. Justice Sheikh Azmat Saeed observed that the disqualification period should stay as long the nomination papers remain at the Election Commission of Pakistan (ECP). The CJP remarked that the SC might determine maximum and minimum periods of disqualification but it would vary from case to case.

The hearing of the case was adjourned till Monday. The bench will not hear any more arguments from the petitioners’ counsel. The attorney general has been summoned for the next hearing and SC is expected to conclude the hearing after the next session and reserve its verdict.

The most prominent disqualification under the Article 62(1)(f) was that of the former premier Nawaz Sharif. He was disqualified on 28th July 2017 after the apex court declared that Sharif was not ‘sadiq and ameen’ anymore so therefore he’s not fit to hold the office of Prime Minister. The SC had invited Nawaz to become a party in the case but he has refused stating that his participation in the case may bring prejudice to it.

Legal experts believe that the case would have far reaching consequences, not only because the chief of PML-N Nawaz Sharif will be affected by it but also because some observers might see this as an attempt of the judiciary to interfere in the powers of the legislative branch. The SC has already been accused of extending its boundaries and interfering in the powers of the executive branch with the increased number of suo moto cases. The verdict in the disqualification duration case might also put the apex court at odds with the Parliament.

Leading TV anchor Dr. Moeed Pirzada had this to say about the possible amendment to Article 62(1)(f).

Article 62(1)F merely emphasizes what exists as a convention in any decent democracy that leaders of a nation will be judged at a higher pedestal & they cannot be liars, cheaters & dishonest characters; putting time limits to disqualification insults common sense & decency— Moeed Pirzada (@MoeedNj) February 9, 2018

Life, Liberty & Right to work for living are basic human rights; holding public office & leading nation or public is not a "Human Right" – Anyone who aspires to lead people, who controls their "tax money" and "public funds" has to be judged at a higher level to protect society— Moeed Pirzada (@MoeedNj) February 9, 2018