Arundhati Roy, author of The God of Small Things, has long spoken out for the self-determination of Kashmiri people and had her voice heard on the matter in an interview with Democracy Now! 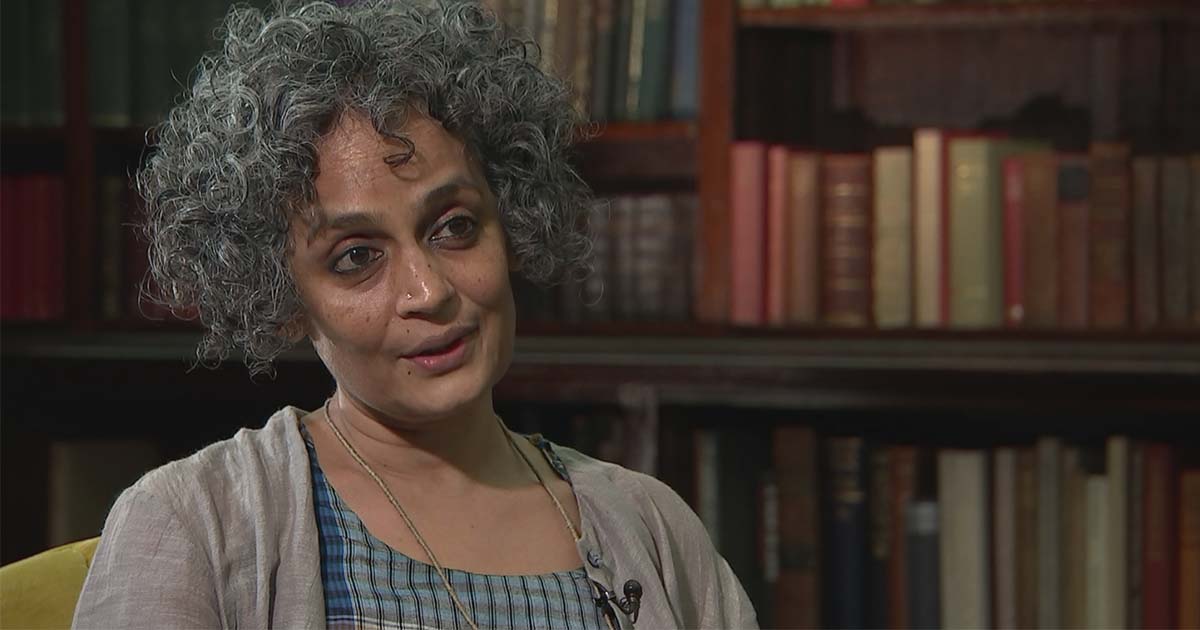 Arundhati Roy, author of The God of Small Things, has long spoken out for the self-determination of Kashmiri people and had her voice heard on the matter in an interview with Democracy Now!

Roy began by explaining that despite the curfew being lifted, Kashmir is unable to return to normalcy as the unconstitutional curfew represented more than just the closure of schools and marketplaces. India breached Kashmir’s sovereignty by demoting it from a state to a union territory and removing them as stewards over their own lands. Kashmiris now view themselves as being overrun by India instead of being an integral part of the state.

She argued that the decision, while unconstitutional and illegal, was not impulsive. Modi belongs to the RSS, which Roy termed the cultural mothership of BJP, and striking down Section 370 was always on the agenda. The political actions causing dismay are those which they have sworn by under RSS agenda.

Arundhati Roy wrote an opinion piece in The New York Times earlier this year titled “The Silence is the Loudest Sound”. She wrote, “While Partition and the horrifying violence that it caused is a deep, unhealed wound in the memory of the subcontinent, the violence of those times, as well as in the years since, in India and Pakistan, has as much to do with assimilation as it does with partition. … What’s unfolding today on both sides of the border of the erstwhile state of Jammu and Kashmir is the unfinished business of assimilation.”

Elaborating on the essence of her message, she explains the violence of assimilation hidden by the noise of democracy. Since the British left, there has been a continuous military process to assimilate the areas in the subcontinent that comprised of more than 500 sovereign territories before independence. Thousands of people have died in many states in efforts to hold onto their identity. 40,000 people died in Hyderabad alone according to a report, a higher number of people in Nagaland, and now 70,000 lives have been taken by the conflict in Kashmir.

The silence is loudest as there’s no voice coming out of Kashmir. Politicians and others have been jailed, many killed, phones and internet cut off, so we aren’t even aware of the level of horror plaguing the territory. Roy compared this to the information blockade and manipulation during the Vietnam war “So, it’s a bit like those pamphlets that the Americans used to drop in Vietnam during the war saying how great this war is for you. The newspapers in Kashmir have these big front-page advertisements about how great this annexation is for Kashmir and how wonderful a time they are having now”

Commenting on the Howdy Modi rally in Texas, Roy compared RSS to white supremacists and neo-nazis, saying the latter must look at RSS with great envy as they could never match the its history and organisation. RSS has 600,000 volunteers, 57,000 branches across the country, and run millions of schools.

Roy remembered Modi’s election speech earlier in April, and how it was full of anger. He had destroyed the opposition, the old parties that represented disadvantaged castes such as the Dalits, he went after intellectuals and writers who called ‘gangs’ that he could not seem to control. Now her and others live in terror as people are jailed or killed.

She said she can’t go around being fearful but it tragic to see everything that was beautiful about India, the music, craft, literature, etc, is being turned into acid. Modi is attempting to give a country that has 780 languages and several religions that they must have one language, one religion, and one constitution.

Previous articleWahi Pandhi Case: Girl’s Body shows No Signs of Being Stoned or Falling off a Mountain
Next articlePakistan’s compliance report to FATF: 113 Madrassas under complete administrative control

23 June 2021
Previous articleWahi Pandhi Case: Girl’s Body shows No Signs of Being Stoned or Falling off a Mountain
Next articlePakistan’s compliance report to FATF: 113 Madrassas under complete administrative control

US files complaint against India in WTO