Afghanistan has started to look like a comedy show with two presidential oaths taking place! Thanks to the lacklustre and rival leaderships of Abdullah and Ghani, the peace process is looking less and less certain. How serious is Intra-Afghan rivalry? Can it lead to another civil war? How will it impact Intra-Afghan Talks with Taliban? Rustam Shah Mohmand, Pakistan's foremost Afghan expert analyses. 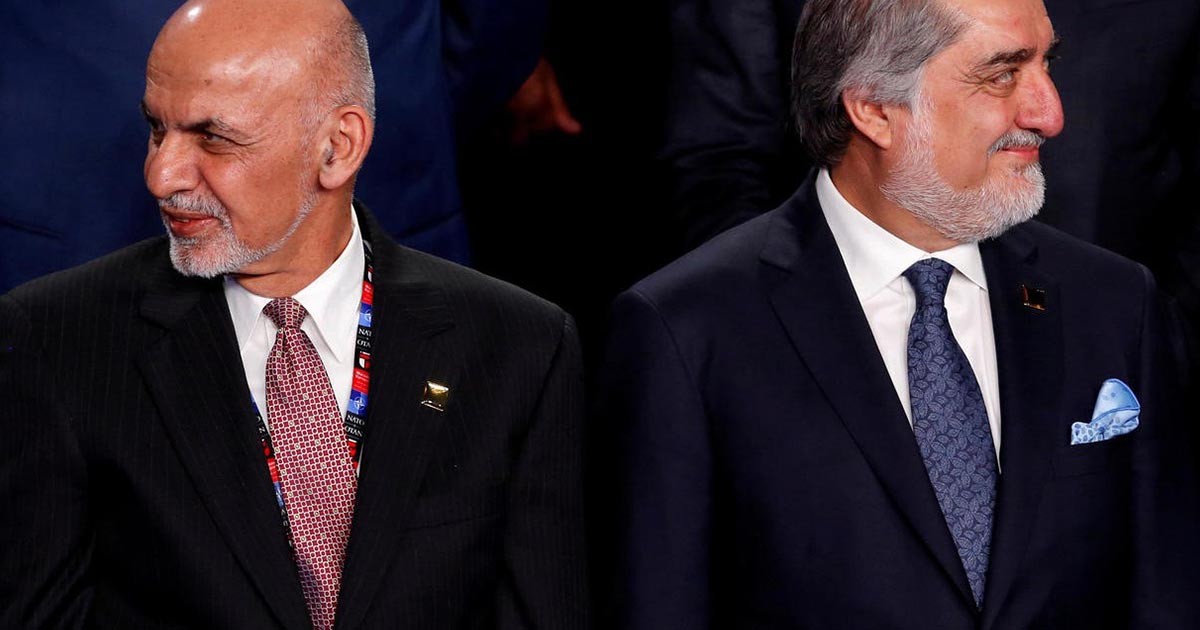 In the backdrop of unending violence, bloodletting and mayhem, two parallel oath-taking ceremonies provided comic relief to the citizens of Kabul on Monday. Incumbent President Ashraf Ghani took oath in the Presidential palace and his rival Abdullah was also administered the oath of office as ‘President.’

The impasse will now be broken only when the US plays hardball and conveys a clear message to both contenders for the top slot. Because the development, i.e two parallel inaugurations on the same day has put to doubt the viability of the much-trumpeted and heralded US-Taliban peace accord on Feb. 29.

It is a dismal situation. On the one hand, there is the Kabul Govt– a house divided, lacking any direction, unsure of its continuing relevance in the face of a determined Taliban onslaught. On the other hand, there is a Taliban movement that has been granted legitimacy by a power that not long ago called it a terrorist organization. It presents a picture of unity of thought and action, operating under a leadership that is undisputed and fighting for a cause that has motivated its field cadres for more than two decades.

Both Ghani and Abdullah are, unfortunately, looking at the whole issue from their personal political angles with little thought being given to where the country’s interests lie

The impact of the tussle for power between Ashraf Ghani and Abdullah Abdullah will be felt in each segment of society. There will be growing disenchantment with the prevailing order; violence will increase, people will begin to change loyalties, uncertainty will create more frustration and more chaos. More importantly, there is the possibility of Afghan soldiers in the army defecting in large numbers which will create more insecurity.

To save the peace treaty and to prevent Afghanistan from descending into chaos, the government of Ashraf Ghani must take charge of the situation. Ghani’s inauguration was attended by the US special envoy as well as by many other diplomats. That was a clear sign the world would only deal with Ghani’s administration. Abdullah’s escapade was designed more for getting better terms for continued cooperation with the current system.

To keep the reconciliation process on track, there has to be an immediate breakthrough on the prisoner swap situation. As soon as the release of prisoners begins, the environment for intra-Afghan dialogue will improve tremendously, dependent as it is on some semblance of trust between the interlocutors.

Read more: Afghanistan at the Brink of Peace: Will Taliban & US come to a Deal?

Abdullah will be well-advised not to block efforts to keep the peace process continuing. Both Ashraf Ghani and Abdullah are, unfortunately, looking at the whole issue from their personal political angles with little thought being given to where the country’s interests lie. This makes their conduct unpredictable because in any given situation, they will first weigh carefully their own political interests and whether their rival will gain more advantage from any formula or situation.

There are many roadblocks to peace even as the prospects for Intra-Afghan talks brighten. As of now, there is huge uncertainty over the most crucial challenge facing the negotiators—that of the formation of a new government that includes the Taliban. The Taliban believe their mission will be easier to accomplish as the US begins to withdraw and the Afghan national army begins to develop cracks resulting from defections.

Now is a test for the Taliban leadership, for US diplomacy and for the sense of patriotism of Afghan political leaders to grab a real opportunity for peace in their troubled country

But how that will be brought about, the Taliban have no idea. Neither does the Ghani government have any real plans for incorporating or integrating Taliban representatives into the government. And indeed, the Americans have no clue either. In a recent statement, President Trump assumed the Taliban could sweep to power after the departure of foreign forces. This suggests Washington considers a Taliban take-over by force a distinct possibility.

The first few rounds of intra-Afghan talks will show the direction the negotiations will take. The Taliban have a clear advantage– they speak from a position of strength because their group has been formally recognized as an important stake-holder. An invitation to visit Washington for talks with the US president is on the cards.

On the other hand, those opposing them have nothing concrete to offer to the people. Internal wrangling, dependence on external support, the inability to deal with corruption and the scourge of drug addiction, and lacking in capacity to defeat the Taliban– these are all clear signs of a failed system. The system the US imposed on the country in 2002 has just not delivered.

People will look towards other alternatives. Now is a test for the Taliban leadership, for US diplomacy and for the sense of patriotism of Afghan political leaders to grab a real opportunity for peace in their troubled country. They should wake up to the challenge and to the opportunity.

Elections 2018 in Pakistan and Afghanistan: Critical juncture ahead?