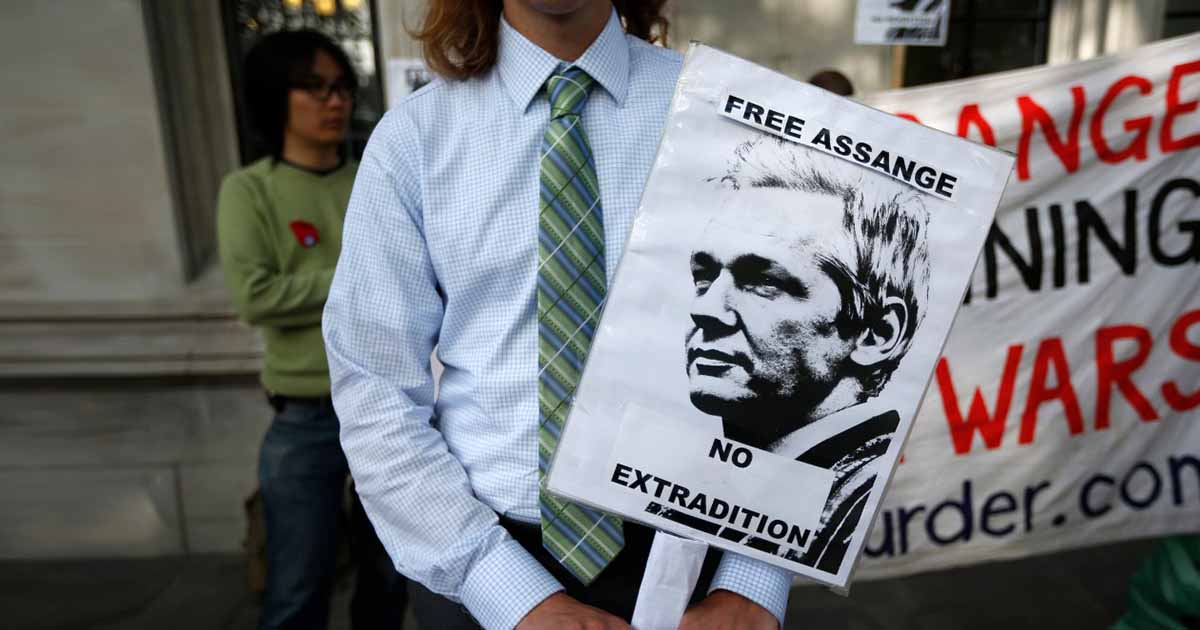 The UK’s decision to extradite WikiLeaks co-founder Julian Assange to the US should be taken as a warning to all liberals who still have any faith in ‘American liberal democracy,’ says cultural philosopher Slavoj Zizek.

The Slovenian sociologist told RT that signing of the extradition order is just one of two recent events that really worry him. The other “ominous” event was the Ecuadorian government’s invitation to US authorities to take possession of Assange’s property from its London embassy when he was taken to prison, including book manuscripts, computers and other personal possessions.

Targeted Brutality- A Wake up Call for “Liberals”

“The nightmare is that the accuser was directly invited to take possession of all these documents. This breaks even the elementary the norms of legality,” Zizek explained.

“The message is, ‘Yes, we will be brutal beyond measure.’”

Zizek drew particular attention to the sheer brutality of the coordinated effort against the whistleblower after he exposed the US government and military’s gross misdeeds.

“It’s always an ominous signal when measures against a threatened individual are done in such a directly brutal way that this very brutality means something,” he said.

“Julian Assange has become enemy NO.1…he should be HERO NO.1! Because if we lose Assange and @Wikileaks then we lose a whole strata of freedom. We stop questioning!” 🔥

“What is going on now with Assange should be a warning to all those liberals who still believe in some kind of a genetic, almost priority, American liberal democracy.”

The philosopher added that he is “radically opposed” to US President Donald Trump, but noted the peculiar situation where the anti-Trump “liberal center” in US politics is harsher on Assange than the Trump administration because, in his estimation at least, “they think Assange helped Trump get elected.”

Zizek also railed against so-called liberals back across the pond in the UK arguing that “those in the UK who are most fervent advocates of Assange’s extradition, are not conservatives but more centrist Blairite wing of the Labour Party.”

“We should ask ourselves: What went wrong in the liberal center itself that something like Trump could appear?”

The Slovenian sociologist told RT that signing of the extradition order is just one of two recent events that really worry him.

There is just as much blood on liberals’ hands as those whom they oppose when it comes to the abuses of the military industrial complex, he argues.

However, he does believe that Assange’s high-profile persecution may eventually serve as a call to mobilize for advocates of freedom of the press, but also fears a cultural ennui in the face of such widespread and egregious abuse of power.

“The public will become more and more aware of the non-transparency. Among other things, this is one of the great achievements of WikiLeaks. We became aware of how things are,” Zizek said.

“What really worries me is the inertia of the wider public; they are aware and yet they don’t really care about it.”

US, China dominated arms market in 2019

$125m support for Pakistan’s F-16 fleet approved by US