A fresh wave of violence has strangled the dove of peace in Afghanistan. No one would have thought that after Coronavirus outbreak and after Taliban's 'Peace Deal' with United States, militants would continue to kill more innocent people in the war-torn country. 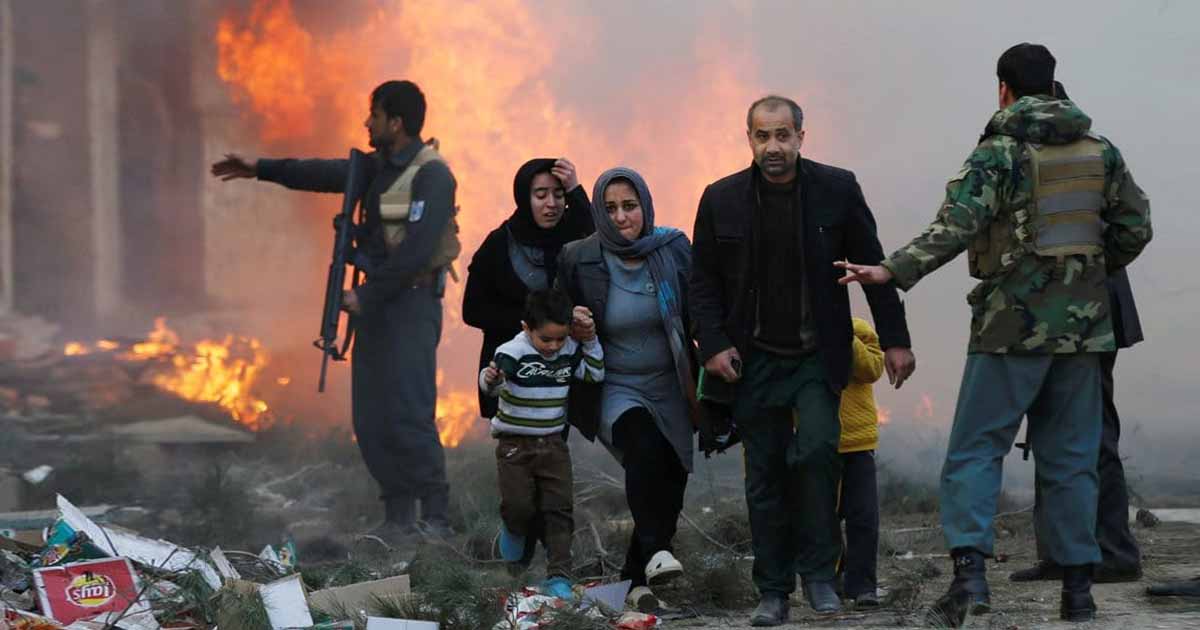 The fragility of institutions in war-torn Afghanistan was exposed once more in recent days as horrific cases of violence were reported from across the country. The brutal attacks which have shaken up the world left dozens dead and wounded, including women and newborn babies.

On May 12, gunmen stormed a maternity hospital in the western part of Kabul, setting off a battle with police. In the ensuing carnage, 16 people were killed including two infants who had just been born.

The area where the attack occurred is mostly inhabited by the Hazara community. In the past, the targeting of innocent civilians in this area has been attributed with solid evidence to Daesh. The Taliban have denied responsibility.

Though there is no official confirmation, it seems the same outfit could be responsible for Tuesday’s attack. In another attack on the same day in eastern Nangarhar province, an assailant targeted a funeral of a local government militia commander. Many important local politicians were present at the funeral, where 24 people were killed and 68 wounded. For this attack too, the Taliban denied any responsibility and fingers were pointed immediately at Daesh.

The killing of innocent people has continued in recent days. In yet another incident where Daesh claimed responsibility, one child was killed and 10 others wounded in Khost province bordering Pakistan. The Taliban launched an attack on security forces in northern Balkh province killing 13 and wounding 17.

A group of Taliban fighters attacked an Afghan army post on the outskirts of Gardez, the capital of Paktia province. Two Taliban fighters were killed in the attack; the number of casualties on the other side could not be confirmed. In Samangan province, Taliban killed 9 members of the security forces in another attack.

This is the grim picture of a killing spree continuing unabated with no end in sight. All over the country, civilians, as well as members of security forces, are bearing the brunt of the brutality unleashed by forces that operate with impunity.

The attacks claimed by Daesh lend credence to the view that the group is not yet obliterated. It is still alive, operating at will in areas and against targets that it chooses. Such is the desperate situation in Afghanistan. Although rank and file Afghans detest Daesh for its crimes against humanity, it still finds volunteers who kill people regardless of the consequences.

As pressure mounts on security forces and they see no genuine leadership to guide and steer the country out of this morass of unending violence, they are losing the motivation to fight back. Many are deserting their ranks. Others are weighing their options.

To expect government institutions to deal with coronavirus under such circumstances would be folly. More than 250,000 Afghans have come back from Iran or been forced to leave Iran. Many, it is feared, carry symptoms of coronavirus. With a weak health infrastructure, the country is not in a position to cater to the needs of thousands of patients if the virus spreads. This would create mayhem not only for Afghanistan but also for the region.

The rapidly deteriorating security environment and the ferocity of the attacks being launched against civilians have created a deep sense of fear among a population that has been devastated by conflict. The fear of the virus spreading haunts the government and the people.

According to a report from the health ministry, nearly a third of the total population of Kabul city are feared to carry symptoms of coronavirus. This means more than a million people in the capital are suspected carriers. It is unlikely that a government focused increasingly on combating rising levels of violence could implement an effective strategy to contain the spread of COVID-19.

Faced with the dual challenge of rising levels of violence and the dark specter of a deadly virus affecting large swathes of territory, the country needs a clear, unambiguous policy backed by a leadership that provides inspiration, guidance and is not seeking to hang on to power at the expense of the country. That leadership is not in sight.

The US needs to wake up to the crisis that is unfolding in Afghanistan. It should immediately demand the implementation of the agreement that it reached with Taliban in February and the Ghani government should be prevailed upon to complete the prisoner swap to pave way for the start of an intra-Afghan dialogue. Peace talks among relevant stakeholders are all that offer some hope to the beleaguered nation.

Four killed in attack on Afghan security forces in Kabul