Instead of getting into petty politics, the Taliban and Kabul must work together to overcome the challenge of Covid-19. Despite deep grievances, it may be a rare opportunity for Afghan leaders to resolve their issues and show cooperation as a goodwill gesture which can be fruitful in the long-term. 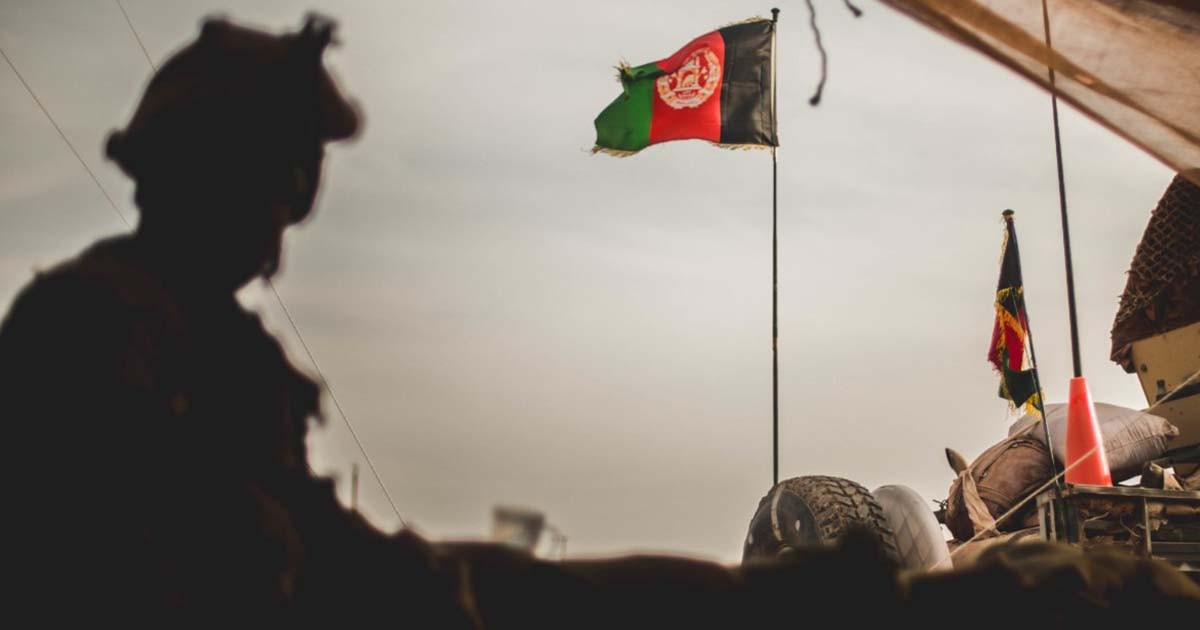 Covid-19 has shocked the world by severely affecting the global economy and directing the attention of the world towards containing the virus. The whole world is suffering but the difference lies in the resources, where some countries have plenty, others have none. Even the strongest economies, the United States, the United Kingdom, and Italy, all of which have modern health services, have suffered spiralling rates of death and crumbling economies.

In the case of Afghanistan, the pandemic poses an urgent and potentially devastating set of challenges. The country is already suffering from the effects of the decades-old conflict: insurgency, political instability, poverty and an extremely poor public health system. With a terrible condition of the health sector, it will be difficult to fight the virus because the country has poor testing facilities and no money to arrange the much-needed equipment.

Moreover, the return of thousands of migrant workers and refugees from Iran and Pakistan, combined with several pre-existing health issues, food insecurity and a lack of awareness of the infection, makes Afghans prone to Covid-19.

On February 24, 2020, Afghanistan recorded its first Covid-19 case. As of May 8, 2020, the country’s all thirty-four provinces have confirmed cases, with 106 reported deaths, according to the government’s figures. These numbers are likely to be much higher, as the extreme insufficiency of testing facility limits data collection. Hence, the detection rate remains low.

The imminent threat to Afghanistan is not only Covid-19 but also the troubled peace process, as it was the only hope for a peaceful Afghanistan. Just three months after the signing of the US-Taliban peace agreement, the unrest has begun to intensify. This pandemic is further complicating matters, amid a disruptive peace process, a political impasse between President Ashraf Ghani and his rival, Abdullah Abdullah, and a $1 billion cut by the USA’s State Department. This is a major blow to Afghanistan as its 75% annual budget is dependent upon foreign funding.

Covid-19 also has an impact on the already muddled peace process, as external forces are using the pandemic to put pressure on the parties to start intra-Afghan negotiations. The Taliban sees it as an opportunity to take advantage of the prevailing situation to exercise their dominance and spread propaganda against the government.

Despite international calls for a ceasefire which would allow the government and the Taliban to work together to counter the pandemic, the Taliban continued to mount attacks on Afghan security forces, primarily in rural areas. Although the Taliban have rejected the idea of a ceasefire, they will stop fighting in areas where the virus has contracted the population. However, at present, the Taliban have not shown any signs of cooperation.

The growing health crisis urgently needs cooperation from both sides to work together against the pandemic. Instead, the country is facing pandemic and the Taliban attacks simultaneously. The prevailing uncertainty and the ongoing pandemic have also led to further delays in the long-awaited and necessary intra-Afghan talks between the Afghan Government, local Afghans and the Taliban. Also, the ongoing conflict between the Taliban and Afghan forces is likely to jeopardize hopes for further steps towards peace.

Furthermore, the Islamic State (IS) appears to have built a strong foothold in Afghanistan. The attack on Gurdwara Har Rai Sahib in Kabul is self-evident. Amid the chaos, the most important question which concerns the future of Afghanistan and other associated factors is, what happens after the world emerges from this pandemic? The Afghan government needs to think about this, because it will happen sooner or later, and the government of Ashraf Ghani, the Taliban and the United States will have to handle the emerging situation in Afghanistan.

Another challenge faced by Afghanistan is the implementation of social distancing. In late March, Afghan Health Minister, Ferozuddin Feroz, cautioned that about 16 million Afghans could be infected by Covid-19 and almost 110,000 could die if social distancing was not imposed. However, social distancing is questionable where several generations of families have lived in over-crowded houses and tens of thousands of people working in the informal economy cannot manage to pay to stay at home.

Additionally, the ongoing conflict leaves Afghan soldiers on the front lines, where they are unable to keep social distancing required to slow the spread of Covid-19 pandemic.

In Afghanistan, among the most vulnerable segments of the society include millions of people who are internally displaced and belong to rural communities where health services are scarce. The Taliban should put aside personal gains and cooperate with the Afghan government and take measures to ensure access of humanitarian organizations across the country. They should ensure the maintenance and expansion of emergency food supplies, and coordinate the information diffusion of the pandemic.

The Covid-19 pandemic struck the country at a time when there is an ongoing political conflict between two parallel governments. Therefore, the political society in Afghanistan does not want to compromise their interest and cooperate towards the resolution of a national emergency of this scale. Both political rivals fighting for the country’s top political office are resolute.

It is time President Ghani takes ownership of the situation and assumes the role of a true leader. This is an inimitable opportunity to present himself as a leader and take others on board who are interested in the future of the country instead of looking for personal gains.

Read more: Trump’s Mission: Exit Afghanistan, But will there be peace after the Americans leave?

In this regard, the United States, which is a key stakeholder, must persuade all sides to reach a viable compromise, because if this political conflict is not addressed, it could lead to civil unrest that will jeopardize any hopes for achieving peace and stability. It can also lead to widespread political unrest, endanger the peace agreement and allow terrorist groups to take advantage of the situation.

Another solution is to continue the previous National Unity Government, which, despite its lack of unity, could possibly lead to the implementation of the peace agreement with the Taliban. Another option could be an interim political arrangement, an idea largely supported by all the Afghan political factions in 2018 Moscow Talks which included the Taliban, Ashraf Ghani, Abdullah Abdullah and other prominent political leaders. Those interested can set the schedule for such a government based on its performance.

Also, Afghanistan has been suffering from war, political instability and corruption for decades. This new challenge of Covid-19 is a great test for the country’s political leadership and an opportunity for Afghans to come together, put up with each other and take a chance for peace.

Instead of getting into petty politics, the Taliban and Kabul must work together to overcome the challenge of Covid-19 and serve the people of Afghanistan together. Despite deep grievances, it may be a rare opportunity for Afghan leaders to resolve their issues and show cooperation as a goodwill gesture which can be fruitful in the long-term.

Lastly, Covid-19 will not pause for the negotiators to reach a ceasefire or wait for them to reach a humanitarian truce. This is not the time to put political goals above public health or exploit discord. A coordinated action plan, based on a public health perspective that stops violence, is essential to saving lives.

Maryyum Masood and Sabeen Malik are working as Assistant Research Program and Research Assistant respectively at the Center for International Strategic Studies, Islamabad. The authors can be reached at Mariyam60@live.com and sabeen.malik1@outlook.com. The views expressed in this article are the authors’ own and do not necessarily reflect the editorial policy of Global Village Space.

Turkish lira tumbles another 5% as deputy bank chief steps aside