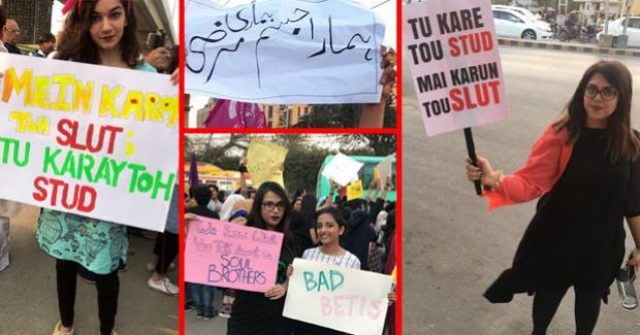 Populism and polarization have become permanent features of the modern world. Francis Fukuyama, Professor of Political Science at the Stanford University, observed during his speech on  “Identity Politics – The Demand for Dignity and the Nation State’s Future” during Tipping Point Talks organized by the ERSTE Foundation in Vienna on March 7th that the biggest threat to democracy is populism. He further explained three dimensions of populism e.g. economic, political and cultural. “From my standpoint, the most disturbing thing was the emergence of populism within emerging democracies and, in fact, within the two most established democracies: Britain and the United States,” Fukuyama said.

Moreover, Jennifer Lynn McCoy, Distinguished University Professor of Political Science, Georgia State University, led a team of researchers and studied the emerging trends of polarization in 11th countries. The study titled Polarization and the Global Crisis of Democracy: Common Patterns, Dynamics, and Pernicious Consequences for Democratic Polities maintained that polarization is the most minacious and dangerous threat to democracy across the world.

I have also read some articles by educated women who pointed out that protesters were demanding some ‘unnecessary rights’ and ignored many important challenges women have to face at home as well as at the workplace.

In a world where consolidated democracies are facing some insidious challenges and moving fast towards the End of Consolidation Paradigm, the situation in developing polities does not look appropriate for democratic evolution. Pakistan is an interesting example which offers some insightful yet very disturbing and contradictory details about the future of democracy. Populism is a newly established political currency in the country. Similarly, polarization has generally been the defining characteristics of Pakistani society. Political extremism, economic backwardness, cultural chaos, and intellectual stagnation present a gloomy picture of democracy in Pakistan.

Three days ago, Pakistan, like the rest of the world, celebrated the International Women’s Day. Conservatives, progressives, and feminists came up with their self-defined and self-serving versions of feminism and models of empowerment. It is important to note here that according to the World Economic Forum’s “Global Gender Gap Report 2018” the gender equality situation in Pakistan is worst. The country has been placed at 148 out of 149. Pakistan is one number ahead of Yemen, a Muslim majority state where women have to face oppression and exclusion from public spheres.

As a matter of fact, Women March in Pakistan was an expression of powerfulness and powerlessness; women, a supposedly weaker segment of the society, trashed the established norms of patriarchy and claimed to overthrow the existing pro-man social order. Women from across the country (universities students and working women living in hostels) participated in the rally and showed some culturally challenging posters to the world. Masculinity was challenged with a few words by young, educated women of Pakistan.

But soon after the rally, social media became a battlefield where not only men but also several women opposed the Women March terming it as Bay-Hayai March. I have also read some articles by educated women who pointed out that protesters were demanding some ‘unnecessary rights’ and ignored many important challenges women have to face at home as well as at the workplace.

The solution lies in demanding; equal job opportunities, social recognition of unpaid work at homes, secure public spaces and political freedom. To ensure that these demands are addressed adequately a social movement is needed in Pakistan.

Every one of us has his/her own criteria to evaluate an argument. There are subjectively defined principles for the collection of some evidence and to determine the scope of persuasion. Every rational argument may not be acceptable for a large majority of people. Importantly, feminists and anti-feminists offer subjectively developed arguments to the world and protect their versions to maintain their supremacy and intellectual appeal.

But the questions are; do we have the same definition of rational and logical? What it ought to be rational? Is faith more important than rationality and vice versa? What is empowerment? Who will define it? Can there be a single definition of empowerment? How does feminism operate in culturally and religiously conservative societies?

There is no denying that any change brought through legal means generally proves counterproductive. A reliable change is always homegrown and evolves in a way that the overall social system does not collapse.

Let’s keep our fact straight first; women in Pakistan face many problems ranging from domestic violence to workplace harassment. We are a society that is not comfortable to welcome women’s voice for various psychological insecurities and a false sense of ego. To put it in other words, a woman’s voice is ignored since it presumably attempts to challenge the toxic masculinity.

The solution lies in demanding; equal job opportunities, social recognition of unpaid work at homes, secure public spaces and political freedom. To ensure that these demands are addressed adequately a social movement is needed in Pakistan.

If struggle to empower women goes this way, I see a very disappointing future of housewives, maids, university students and women working in small offices across the country.

Aurat March was an attempt to express anger and claim freedom by women who have been subject to violence and harassment since long. It’s understandable. Some women used culturally inappropriate placards to express their anger against the patriarchal social structure. It does not mean that those women are vulgar or want a society without basic moral values rather some culturally disturbing words used in Aurat March were a bitter response to ages-long harassment and exploitation.

However, I have some reservations regarding existing feminist discourse in Pakistan. Does feminist ‘movement’ in the country intend to empower women or individualize the overall social system? Is women empowerment not possible in collectivist social settings? How can one differentiate between Western individualism and the theory of feminism? Can a woman be empowered while staying at home with her parents and siblings? Is the abolition of the family system a pre-requisite for ensuring women empowerment?

It is unfortunate to see that our self-styled liberals and feminists are reluctant to address any such questions and insist to get implemented their own version of freedom and empowerment in Pakistan. Resultantly, feminist discourse in Pakistan is becoming increasingly exclusive and polarizing society. Aurat March and many other events are a demonstration of selective feminist populism without any theoretical clarity and cultural imagination. If struggle to empower women goes this way, I see a very disappointing future of housewives, maids, university students and women working in small offices across the country.