Journalist Dennis becomes wrestler to bang Gambhir on the floor and then shows off a famous sentence, 'How's the tea' associated with the captured Indian Wing Commander Abhinandan who also appears in the video. Dennis reminds Gautam Gambhir of his lackluster performances during his cricketing career. 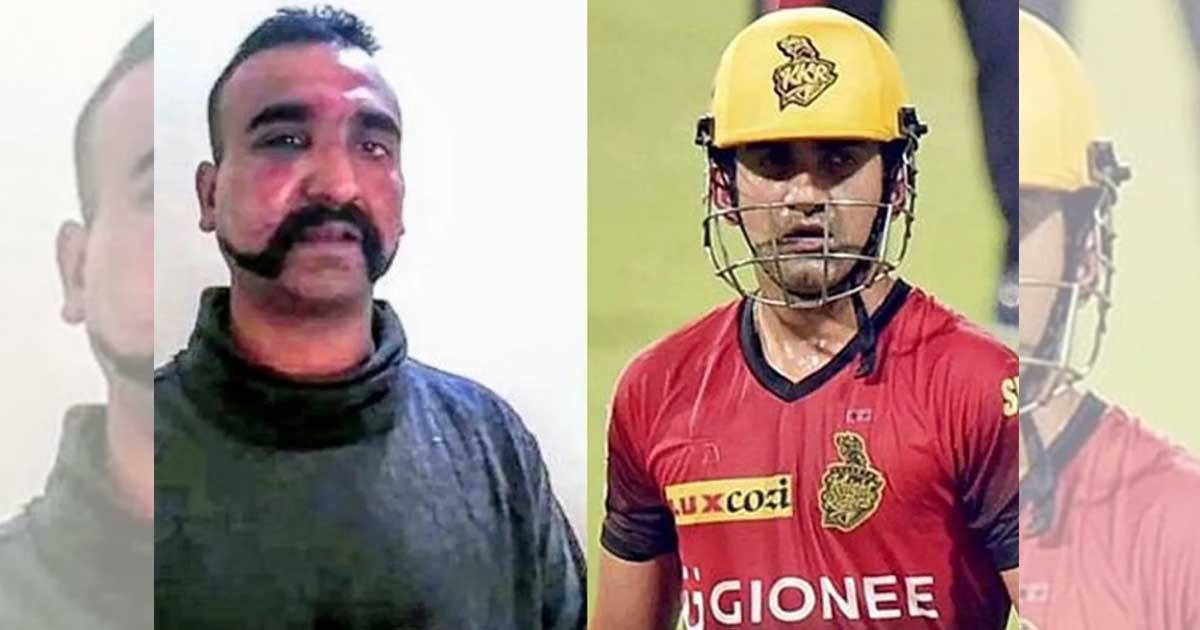 The meme shows a wrestling ring with two wrestlers Gautam Gambhir and Dennis inside it. A wrestler named Dennis bangs Gambhir on the floor and then a famous sentence, ‘How’s the tea’ associated with captured Indian Wing Commander Abhinandan appears in the video.

Dennis has been regularly taking digs at former pacer Gautam Gambhir for his anti-Pakistan tweets. Earlier, he posted the picture of two dogs naming them ‘Gautam’ and ‘Gambhir. Then in a series of tweets, he shamed former firebrand cricketer and present BJP lawmaker, Gautam Gambhir for his poor performances.

Dennis has ramped up the trolling of former cricketer Gautam Gambhir after he slammed Shahid Afridi in a sudden fit of rage regarding the attitude jibe by Pakistani cricketer in his book ‘Game Changer.’

“Someone who doesn’t remember his age how will he remember my records! OK, @SAfridiOfficial let me remind u one: 2007 T20 WC final, Ind Vs Pak Gambhir 75 off 54 balls Vs Afridi 0 off 1 ball. Most imp: We won the Cup. And yes, I’ve attitude towards liars, traitors & opportunists,” Gautam Gambhir tweeted.

Hence, Dennis reminded Gautam Gambhir of his lacklustre performances during his cricketing career.

Earlier, Dennis who tours Pakistan to cover Pakistan Super League shared a video on his Twitter account and said that he is hosting the ‘World Biggest Tea Party’ today on Feb 27th, 2020.

Dennis said that people do not need to be in Pakistan with him to join his tea party instead he urged people to share their images and videos enjoying tea on this day.

Australian journalist, Dennis Freedman, took an amusing dig at Abhinandan Varthaman with lighthearted banter. Twitter saw an outburst of reactions as social media users rallied in on the call of Dennis to rejoice the day with a cup of tea.

A ‘fantastic cup of tea’ became symbolic of Abhinandan Varthaman after his video of appreciating the tea during his brief captivity in Pakistan went viral on social media. Pakistani memester and netizens used this catchphrase to jeer India and its captured Wing Commander Abhinandan Varthaman.

Dennis Freedman has been visiting Pakistan to cover editions of the Pakistan Super League. He often appreciates the love and warmth he receives in Pakistan.

The caption of the picture read: ‘Stay Safe, Stay Home’- a crucial message on global pandemic coronavirus, urging people to adopt self-isolation and social distancing by staying at homes to protect themselves from the virus.

Gautam Gambhir jumps in on the national anthem debate!

Would Nawaz Sharif have allowed PAF to shoot down Abhinandan’s Mig-21?