Gambhir's criticism came in response to an excerpt from Shahid Afridi's book 'Game Changer' in which he talked about the attitude problem of the former Indian cricketer. One still struggles to understand such a delayed reaction because the book was published a year ago. 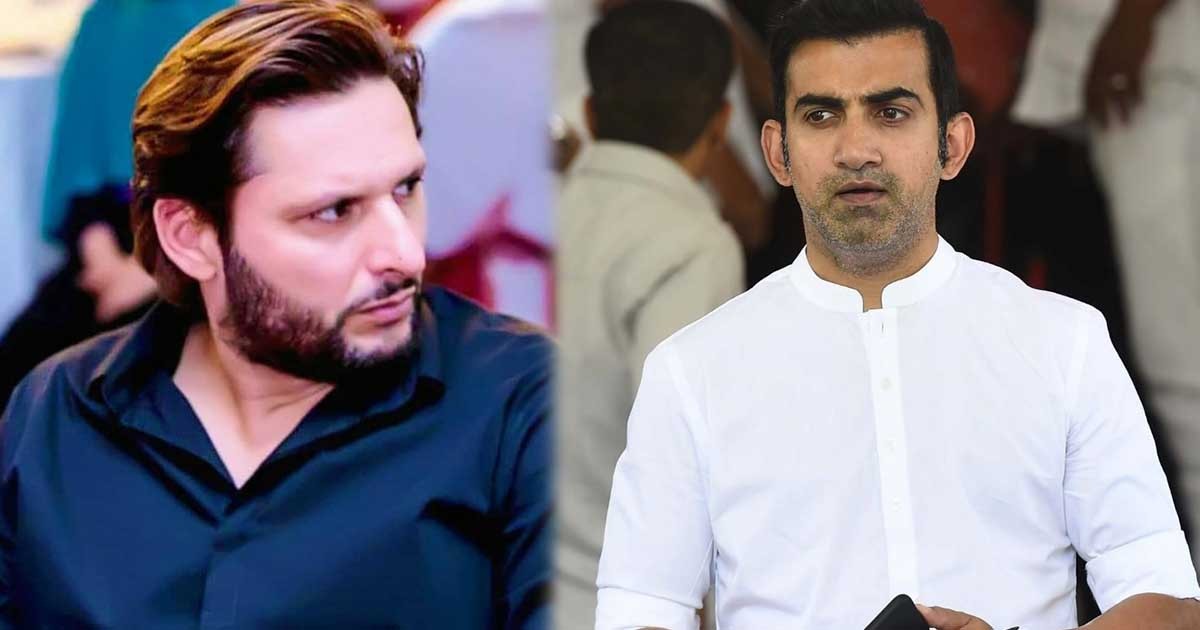 Former Indian cricketer, Gautam Gambhir, cusses cricketer Shahid Afridi in a fit of rage in his latest tweet. He said that Afridi does not remember his age how can he remember his opponent’s records.

“Someone who doesn’t remember his age how will he remember my records! OK, @SAfridiOfficial let me remind u one: 2007 T20 WC final, Ind Vs Pak Gambhir 75 off 54 balls Vs Afridi 0 off 1 ball. Most imp: We won the Cup. And yes, I’ve attitude towards liars, traitors & opportunists,” Gambhir tweeted.

Someone who doesn’t remember his age how will he remember my records!OK @SAfridiOfficial let me remind u one: 2007 T20 WC final, Ind Vs Pak Gambhir 75 off 54 balls Vs Afridi 0 off 1 ball. Most imp: We won the Cup. And yes, I’ve attitude towards liars, traitors & opportunists.

Gambhir’s criticism came in response to an excerpt from Shahid Afridi’s book ‘Game Changer’. But Gambhir’s aggressive reaction against Shahid Afridi seems uncalled for because the book had been published a year ago.

In his tweet, the former Indian cricketer Gautam Gambhir mentioned a heated spat between them that happened during the third match of India-Pakistan cricket series in 2007. Shahid Afridi and Gautam Gambhir hurled abuses at each other when the latter tried to score a run on the former’s ball.

In the recent past, both Gautam Gambhir and Shahid Afridi have traded explosive remarks against each other on Twitter that attracted the attention of cricket fans on both sides of the border.

One still could not comprehend why Gautam Gambhir called Shahid Afridi a ‘traitor’ and ‘opportunist’.

Afridi has unapologetically penned down his thoughts about both local and international players in his book. A few interesting excerpts from the book that made rounds on social media. Afridi, however, unrestrained pointed at the attitude problem of Indian cricketer Gautam Gambhir, who has now joined the Bharatiya Janata Party, in his book.

“Some rivalries were personal whereas some were professional. First the curious case of Gambhir. Oh, poor Gautam. He & his attitude problem. He has no personality. He is barely a character in the great scheme of cricket. He has no great records just a lot of attitude.”

Read more: Shahid Afridi’s Game Changer: ‘Was left heartbroken and humiliated by a girl before marriage’

“In Karachi, we call guys like him saryal (burnt up). It’s simple, I like happy, positive people. Doesn’t matter if they are aggressive or competitive, but you have to be positive & Gambhir wasn’t”, wrote Afridi about in his book.

He also mentioned the brawl that held on-field between Shahid Afridi and Gautam Gambhir in 2007. Afridi stated: “The umpires had to finish it off or I would have. Clearly, we had a frank bilateral discussion about each other’s female relatives”.