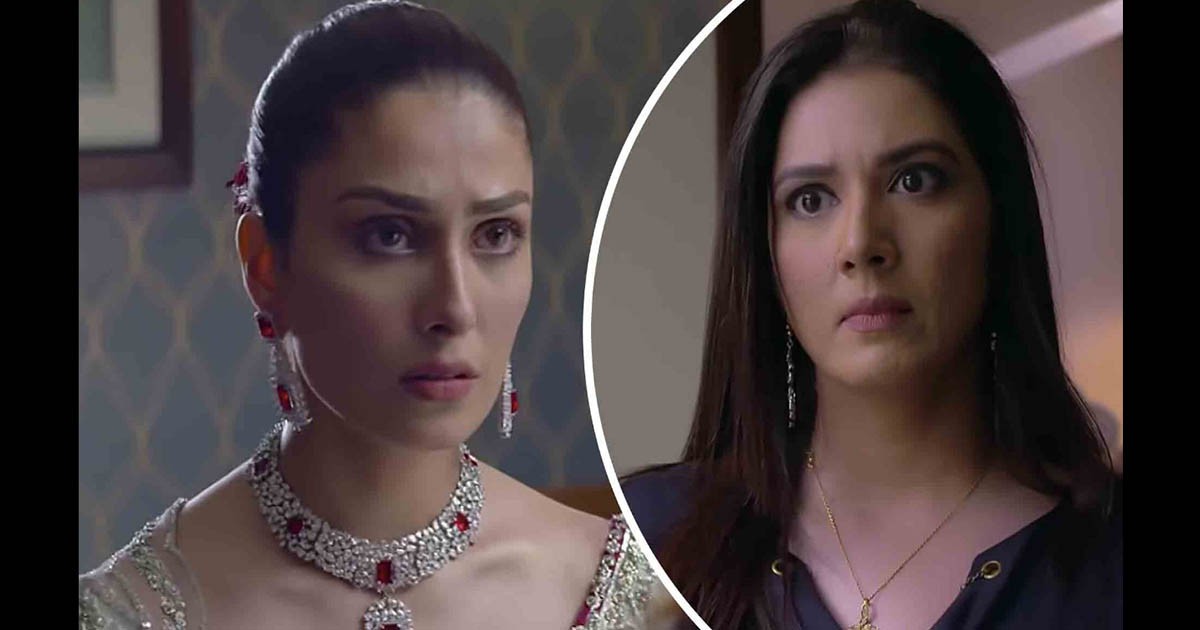 Fans were enthralled following the dramatic entry of Savera Nadeem as Adnan Siddiqui’s first wife, thwarting the Nikkah of Ayeza Khan(Mehwish) and Adnan Siddiqui (Shahwar) in the episode. Savera, as Maham, in the serial makes her entry the moment Ayeza Khan was dolling up for her Nikkah.

The momentous scene showed Savera Nadeem stomping the room and slapping Ayeza Khan in angst. Mehwish was left perturbed with the mysterious manipulation by Shahwar who hid from her his first marriage with Maham. Ayeza Khan also shared the image on her social media account, captioning it the ‘slap of the century.’ Twitter also rejoiced the episode with takeoffs and memes.

The previous episode showed Humayun Saeed up the ante when he sold his apartment and invested all his money in Shahwar Chemicals – a company owned by, his rival, Adnan Siddiqui in vengeance.

However, it was the third consecutive third week the drama serial Meray Pass Tum Ho is making waves on social media. Earlier Humayun Saeed’s thrashing of Adnan Siddiqui and his hard-hitting dialogue of ‘Do Takay Ki Larki‘ to Ayeza Khan broke the internet and generated colossal reactions on Twitter.

Perhaps the incessant campaign of Meray Pass Tum Ho on social media amounts to its massive popularity among the viewers.

So far, both the antagonists, Ayeza Khan and Adnan Siddiqui, have been slapped once by the spouse of their love interests in the drama serial.

Last month, Adnan Siddiqui had posted a video on his Instagram account laughing at Humayun Saeed’s tweet about their scene, in which Humayun slapped Siddiqui, from the episode of ‘Meray Pass Tum Ho’.

He also said that that slap reduced Shahwar to worthless man (do takay ka admi) in his video message. He said, “Thank you, Humayun, for writing such a beautiful tweet.” Moreover, he ended his video message with a famous dialogue from Salman Khan’s movie Dabbang, (I am not scared of violence. I am scared of love).”

Earlier, social media went into overdrive when Humayun Saeed slammed Ayeza Khan in a dialogue reducing her to a worthless girl ( do takay ki larki).

The dialogue had prompted a series of memes mocking the serial, with several social media users condemning it, especially after the writer, Khalilur Rehman Qamar’s controversial statements.