A continuous pang of distress, anxiety, embarrassment, and shame propelled Balbir Singh to renounce his religion Hinduism for Islam. Once the vehement RSS-worker now builds and protects mosques. 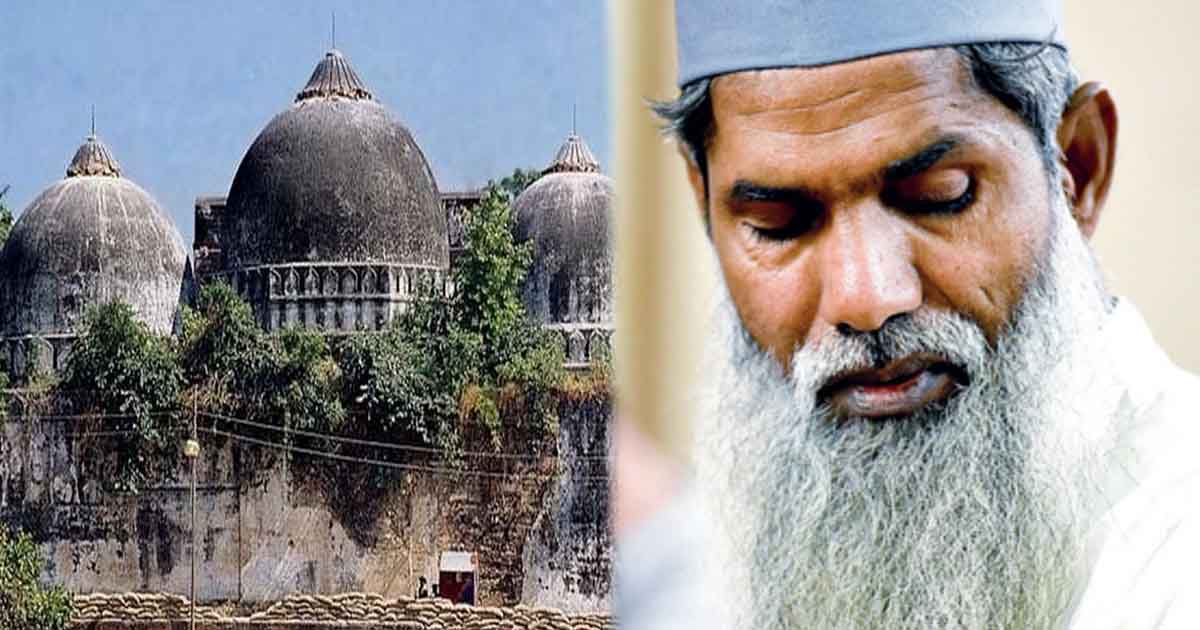 Pangs of guilt and dissatisfaction caused Balbir Singh, one of the Kar Sevaks who demolished the Babri Masjid, to embrace Islam. His perturbation with his participation in tearing down the mosque gravitated him towards the faith he hated the most-Islam. Now, named Muhammad Aamir, spent the rest of his life building mosques following the barbaric incident in 1992. Today Aamir builds and protects the mosques.

Aamir was born in the Rajput family that resided in the village near Panipat. His father Daulat Ram, a school teacher, was an ardent Gandhi follower who vouched for harmony and peace.  Aamir later shifted to Panipat with his family, where he was inspired by Bala Saheb Thackeray and joined Shiv Sena. He was also inspired by the ideology of Rashtriya Swayamsevak Sangh (RSS) and was a regular attendee of a Sakha in Panipat.

How hard to believe this;

Balbir Singh, former #Hindutva Saffron terrorist of #RSS , one of the demolisher of Babri Mosque in 1992, embraced Islam and has constructed more than 90 Mosques out of repentance.#AyodhaVerdict#BabriMasjid pic.twitter.com/w1R6pevwq3

Muhammad Amir says he has witnessed a political turmoil following the demolition of Babri Masjid. He recounted that he was among the Kar Sevaks who had reached Ayudha from across India, to raze the mosque and build a Sri Ram Mandir. He and his friend Muhammad Umar, formerly Yogendra Pal, reached Ayodhya on December 1st to join thousands of RSS Kar Sevak in the unholy act.

On December 6th, Amir was the first man to climb the dome. “We feared that the army might have been deployed in large numbers. But on the ground there was hardly any security, that gave us a boost and we were mentally prepared to demolish the masjid that day,” said Mohammed Aamir.

Amir said he confronted a severe backlash from his secular family but received a heroic welcome in his hometown Panipat. My secular family denounced my actions. I had participated in the kar seva because I felt strongly about it, but I realized later that I was wrong,” said Amir. Adding that “I realized that I had taken law in my hands and violated the constitution of India. Guilty, I embraced Islam.”

Balbir Singh, former karsevak #RSS ,1 of the demolisher of Babri Mosque in 1992, embraced #Islam right after & has built 90 mosques eversince to repent his sins. Verily God divinely guides those He chooses to the #ReligionOfPeace that #Islam is 🙏 pic.twitter.com/vwsJVBdWvP

Balbir Singh who participated in the razing of babri mosque, today, as Mohammad AMIR, his goal is to repair and rebuild 100 mosque.

After embracing Islam he founded a school that teaches on Islam. He along with his friend has built 90 mosques so far. Earlier, he asserted that he is ready to bear any punishment given to him in the case.

The latest Ayodhya verdict, have hurt the expectations of justice of several Indians. Aamir, in his recent statement, has, however, expressed confidence in the SC’s decision of granting a 5-acre alternate land to Muslims for the construction of the mosque.

He slammed the All India Majlis-e-Ittehadul Muslimeen (AIMIM) chief Asaduddin Owaisi over his ‘khairat’ remark following the Ayodhya verdict.

Commenting on the decision, Asauddin Owaisi asserted that, “We were fighting for our legal right. In my opinion, we should reject this five-acre land offer. Don’t patronize us.”

Amir condemning his remarks asserted the land which was granted for the construction of the mosque was not ‘Khairat’ or alms but a compensation.

Why Palestinians have won the battle of hearts and minds?