Indian Supreme Court awarded the disputed site to Hindus while admitting the fact that those who destroyed Babri Masjid committed an illegal act. Pakistanis did not claim to demolish a Shaheed Ganj Gurdwara after the creation of Pakistan despite having strong legal grounds to do so. Two societies, two different outcomes. 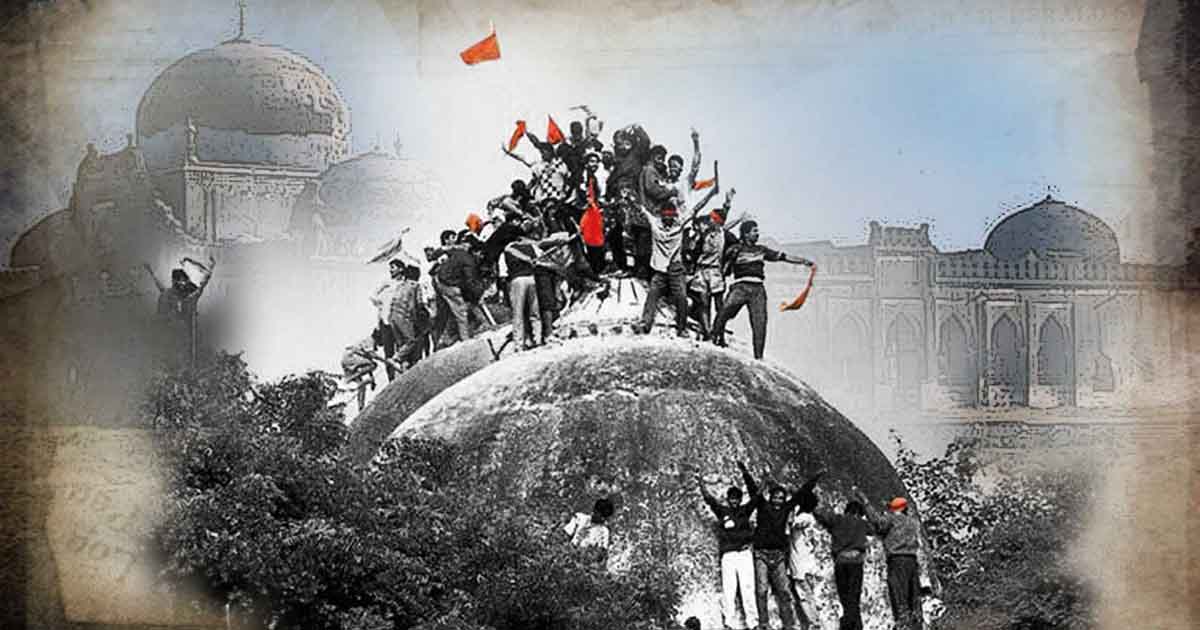 The Indian Supreme Court has decided on the controversial case of Babri Masjid. The court in its 1,045 page-long verdict took a strong position and awarded the disputed site to Hindus for the construction of a temple under the watch of a Trust. The Trust shall be managed by the Central government, the verdict states.

Indian top court observed that Muslims, the Sunni Waqf Board (SWB), could not show any documentary evidence to prove that the place belonged to Muslims from 1528 to 1857 where their ancestors used to worship. But at the same time, the court observed that “the Muslims have been wrongly deprived of a mosque which had been constructed well over 450 years ago.”

The Supreme Court’s verdict handing rests on a narrow and extraordinary claim: that the Muslim side has not been able to provide documentary evidence that namaz was offered in the mosque from the time of its construction in 1528 until 1857. https://t.co/w8OWq2djQd

In other words, the court says that there is proof that Muslims worshipped there from 1857 till 1949 when they were illegally ousted “through an act which was calculated to deprive them of their place of worship”.

Moreover, since Muslims remained unable to satisfy the court on the matters related to ‘exclusive possession’ of the Mosque, therefore, the court said, the land, on the principles of probabilities, is awarded to Hindus, primarily the Ram Lalla Viirajman – which represents the deity itself – and the Nirmohi Akhara. India’s most respected online publication, The Wire, pointed out that the decision “rests on a glaring contradiction”.

Babri Mosque was built by Emperor Zaheer ud din Muhammad Babur, founder of the Mughal dynasty that ruled Indian for almost one hundred and fifty years. An idol was placed in the mosque in 1949 by the Hindu extremists who claimed it to be the birthplace of Lord Ram. In the 1980s, Rashtriya Swayamsevak Sangh (RSS), the parent organization of the ruling party of India, the Bharatiya Janata Party (BJP), announced to build a temple after destroying the mosque.

Finally, on December 6, 1992, a frenzied mob of thousands of Hindu extremists including several leaders attacked the mosque and destroyed it. The riots and protests claimed the lives of over 2,000 people. The case regarding the destruction of the mosque is still pending before the Indian courts. In the present case, although the act of political vandalism has been termed as illegal by the Indian SC yet criminal justice system of India is unable to convict the perpetrators.

You were part of the mob that destroyed babri mosque in 1992. Now preaching false tolerance as your “honorable” courts sanctify your vandalism. https://t.co/xs6loKL7qk pic.twitter.com/CTSj7V3i8C

Renowned Indian historian, Romila Thapar, argues that the India’s top court has “annulled respect for history and seeks to replace it with religious faith”. She argues that “the verdict has created a precedent in the court of law that land can be claimed by declaring it to be the birthplace of a divine or semi-divine being worshipped by a group that defines itself as a community. There will now be many such janmasthans wherever appropriate property can be found or a required dispute manufactured. Since the deliberate destruction of historical monuments has not been condemned what is to stop people from continuing to destroy others?”

It is important to note that the BJP has an unstated political agenda to replace historical Muslim places with Hindu temples to make them look ‘original’. The RSS believes that the early Muslims attacked the Hindu civilization and replaced it with Islamic art and literature which now needs to be overturned. Experts warn that such a policy of change may prove dangerous for as multi-ethnic society as India.

Indian Supreme Court's decision is a disaster for India many times bigger than the demolition of mosque in 1990 – that could have been defended as an act of an uncontrolled frenzied mob. Court's decision is "state capitulation"; a symbolism that changes "Definition of India" pic.twitter.com/c1UVJvVLBN

Constructed by Kotwal (Chief Police Officer) of Lahore Abdullah Khan, the cook of the emperor’s eldest son, during the reign of Mughal Emperor Shah Jahan in 1653, Shaheed Ganj was a mosque till 1799, till Sikh Army under Maharaja Ranjit Singh captured the city defeating Afghans. They converted it into a gurdwara and barred entry of Muslims.

In 1849, when the British took control of Lahore by defeating the Sikh Empire, Muslims pleaded for the return of the mosque and knocked on the court. But the court using the law of limitations rejected the plea and questioned the delay of 51 years for claiming the mosque. The London-based Privy Council, the highest court of appeal during the British era also rejected Muslim claim on May 2, 1940.

“Only a few Sikhs were left in the surroundings of Gurdwara, following a huge Sikh exodus in 1947. If the local community had insisted its conversion into a mosque, nobody would have stopped them”, said Ramesh.

Why the Indian Supreme Court decision, awarding Babri Mosque to VHP is a much bigger disaster for Indian Democracy and will be remembered as the formal obituary of Indian Secularism? https://t.co/BpKgeOpEZm

It is important to note that the number of Sikhs in Pakistan is estimated between 30,000-40,000 out of some 200 million population of this South Asian Muslim country.

Dr. Moeed Pirzada, a prominent Pakistani political commentator, believes that India is on its way to become “Hindustan” where minorities shall have a tough time. Dr. Pirzada regretted that through this decision the Indian SC has given the imprimatur of state authority to mob violence and political vandalism.

Legal Reforms are not enough to Protect Women