Instead of staying aloof from extremism, now even the courts have become exclusively Hindu courts, says the author. 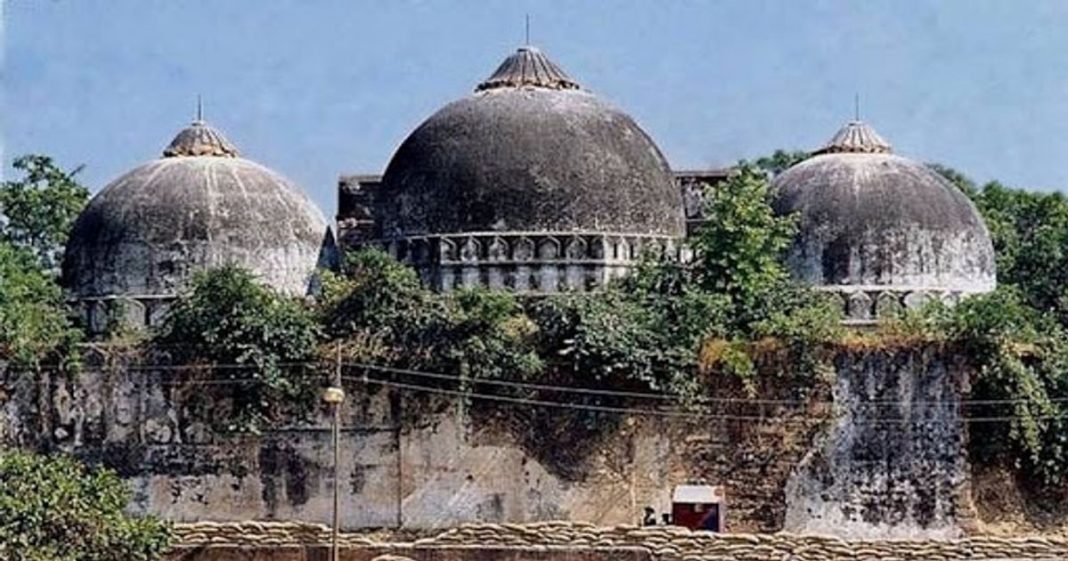 All the 32 accused, including LK Advani, in the Babri Mosque demolition case have been acquitted by the special CBI court in Lucknow on September 30, 2020. The judgment was delivered 28 years after the Mughal era mosque was razed to ground on December 6, 1992. This judgment reflects that even the courts are no longer immune to Hindutva frenzy.

Instead of staying aloof from extremism, now even the courts have become exclusively Hindu courts. Chief Justice Ranjan Gogoi was inducted as a member of rajya sabha (council of states) as quid pro quo for his ‘services’ to the Modi government. Earlier the court delivered several judgments, including one on triple divorce, which lie outside its secular domain. Expect the Hindutva judiciary to enforce a uniform religious code for all religious communities as per Bharataya Janata Party’s agenda.

The main point of the acquittal is that the ‘demolition incident was not pre-planned’. When the mosque was demolished through a well-planned procession, 16 Muslims were killed. If all the 32 accused were innocent then who was or were the culprits?

How could a court determine the birth of Ram millennia ago? There is no evidence about Babur constructing a mosque in Ayodhya after demolishing a temple there. All sources are mute, be it Babur’s memoir Baburnama, Humayunnama by Babur’s daughter Gulbadan Begum, Abul Fazal’s Ain-i-Akbari or Tuzk-e-Jahangiri.

The first reference to Babri appears in a travel account by a Jesuit priest, Joseph Tiefenthaler, in 1768. The inscriptions, inside the mosque, often quoted in books on Ayodhya or Babur, were fake. The inscriptions show that the mosque was built in 1528–29 CE (935 AH) by Mir Baqi, on orders of the Mughal emperor Babur (after whom it is named). But these inscriptions were fixed in the mosque 280 years after its supposed construction in 1528.

Babur did visit Gwalior temples. But, neither he, nor his commander Mir Baqi (distinct from Baqi on masjid inscriptions), ever visited Ayodhya. Mir Baqi of the Baburnama was never governor of Ayodhya.

Property or Ram birth at stake?

BJP President L K Advani admitted on September 30, 1990: ‘No one can prove that it was the birthplace of Shri Rama.’ It was a matter of belief. Can this belief receive judicial sanction to the point where it can override the moral and legal rights of others?

In a letter to Prof. Hiren Mukerji, on 5 June 1989, BJP PM Atal Bihari Vajpayee admitted: “It is not possible to pinpoint the exact spot where Ram was born”. The RSS supremo M D Deoras said: “This is not a case in which the judiciary can pass a judgment. What type of evidence are the Hindus expected to produce? That Ram was born and that his birthplace is Ayodhya?”

That is why the BJP in its Palampur resolution declared: “Litigation certainly is no answer” (11 June 1989). Even the excavations done by the Archaeological Survey of India, under orders of the Allahabad High Court in 2003, failed to support the claims by the Hindu extremists about remains of a temple under the Babri Mosque.

Determination of title to ownership based on excavation has opened up the pandora’s box of further excavations on flimsy grounds. Anyone may any time complain to a court about a temple having been converted into a Masjid hundreds of years ago.

The acquittals have opened up the pandora’s box of demolishing all mosques through ‘unplanned’ attacks by mobs. Anyone may any time complain to a court about a temple having been converted into a Masjid hundreds of years ago. BJP’s legislators have already demanded excavation of 3000 to 5000 mosques, including Delhi’s Grand Mosque. MP Sakshi Maharaj even offered to be hanged if idols were not found underneath the staircase of the Jamia Masjid.

At a press conference in New Delhi, Uttar Pradesh BJP’s president Vinay Katiyar said, “The court has shown the way. Why should we confine (ourselves) to Ayodhya, Kashi and Mathura? Why not talk of 5,000? All sites should be dug up to verify the claims on the pattern of Ram Janmabhoomi”.

The cases of the two mosques bear a marked contrast. Sikhs and Muslims acrimoniously contested the Shaheed Ganj case (Lahore). Muslims’ claim was rejected for laches (time bar.) The Gurudwara Shahidganj stands with aplomb in Lahore as it did before 15 August 1947. Hardly any Sikh visits it now. Yet no Pakistani Muslim ever tried ever to desecrate or demolish it. But the Babri Masjid became a heap of rubble even before India’s Supreme Court declared it to be a temple.

The arguments in the two cases concerning property and longevity of possession were similar, less the myth of birth-place of Indian god Ram.

Those still enamoured by secular India’s democracy should wake up. The claim that god (Ram) was born there is fictitious. No such claim by Hindus during Mughal or British Raj was made. Shankaracharya’s Nyas originally owned only one acre of land, the rest of the land (additional 42 acres of so-called undisputed land) was given to it on lease by Kalyan Singh (acquitted accused) government in 1992 to develop a Ram Katha

When Jinnah left India for Pakistan on 7 August 1947, Patel said, ‘The poison had been removed from body of India.’ He added, ‘As for the Muslims they have their roots, their sacred places and their centres here. I do not know what they can possibly do in Pakistan. It will not be long before they return to us.’ The Babri case should make one thank ‘poisonous’ Jinnah for his vision and legacy, Pakistan.

Mr. Amjed Jaaved has been writing free-lance for over five decades. He has served federal and provincial governments of Pakistan for 39 years. His contributions stand published in the leading dailies and magazines at home and abroad (Nepal. Bangladesh, et. al.). He is author of eight e-books including The Myth of Accession. The views expressed in this article are the authors own and do not necessarily reflect the editorial policy of Global Village Space.

Mobs attacking innocent Kashmiris in India out of anger