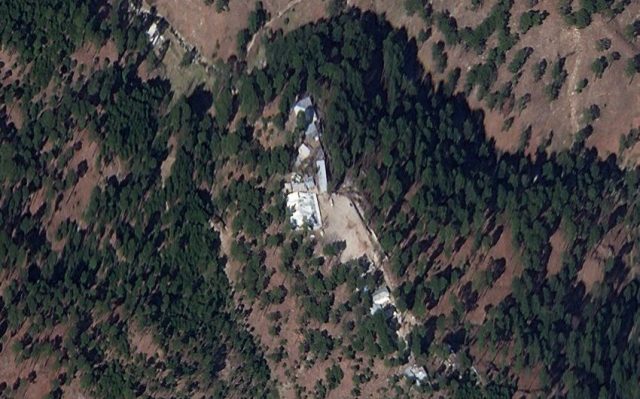 Emotions, political rhetoric, and patriotism aside what is the legality of the actions of Pakistan and India during this latest episode of escalation. Pulwama attack happened for which India blamed Pakistan, which denied any role. Not to mention that Avi Dandiya, former worker of the Bharatiya Janata Party (BJP) has shared damaging evidence of Modi’s hand behind the Pulwama attack for winning the election.

Pakistan made offers of cooperation in investigating the incident, while India made threats of attacking Pakistan with statements such as “We will give a befitting reply” and “We should get 82 of them since 41 of our men have been killed”, and so forth. Those constitute textbook threats. Threatening a sovereign state is a contravention of the world’s largest treaty.

Article 2 (4) of the UN charter says, “All Members shall refrain in their international relations from the threat or use of force against the territorial integrity or political independence of any state, or in any other manner inconsistent with the Purposes of the United Nations.”

Pakistan shot down two Indian warplanes on its own side of the Line of Control (LOC). One of the planes fell on the Pakistani side and its pilot who had ejected the plane also parachuted on Pakistani soil.

Moving on, Pakistan’s civilian and military leadership warned India about consequences if India attacked Pakistan. India attacked Pakistan anyway, claiming to have killed over 300 people on Pakistani soil. That is “use of force against the territorial integrity or political independence of” Pakistan. The pilot in his statement had mentioned that he was looking for targets to hit when his plane was shot.

Pakistan shot down two Indian warplanes on its own side of the Line of Control (LOC). One of the planes fell on the Pakistani side and its pilot who had ejected the plane also parachuted on Pakistani soil. Whether or not the shooting of the Indian plane by Pakistan Air Force falls under self-defense apparently is not a question of speculation. Article 51 of the UN charter says, “Nothing in the present Charter shall impair the inherent right of individual or collective self-defense if an armed attack occurs against a Member of the United Nations…”

I want to invoke the Caroline Test, which is part of customary international law used by the Nuremberg Tribunal, which says that a pre-emptive self-defence is legal if the situation is (1) instant, (2) overwhelming, (3) leaving no choice of means, (4) and no moment for deliberation. Pakistan shooting down the Indian planes in Pakistani airspace meets all the four requirements.

Furthermore, a perfect pre-emptive strike would have been to shoot down an incoming Indian aircraft while it was still in the Indian airspace. But, in this situation, the Indian planes had very much crossed into Pakistani airspace and this situation for Pakistan was instant, overwhelming, it left no choice of means or a moment for deliberation.

Let us apply the Caroline Test to India’s dropping of the “payload” on Pakistani soil. India had claimed self-defence in justifying that attack allegedly had targeted a training camp of Jaish-e-Mohammad (JeM) militants. Later, except the Indian media, the entire world media found that the so-called “payload” was dropped on open ground and that there were no training camps.

In particular, no prisoner of war may be subjected to physical mutilation or to medical or scientific experiments of any kind which are not justified by the medical, dental or hospital treatment of the prisoner concerned and carried out in his interest.

In the latest development, now India has admitted that there were no casualties in Balakot, reported by the Express Tribune. “The air strikes by India were just a warning,” said Union Minister Surinder Singh Ahluwalia in an interview with an Indian TV channel. “Neither Prime Minister Narendra Modi nor any government spokesperson had given any figure on casualty of air strikes,” said Ahluwalia. “Rather, it was the Indian media and social media where the unconfirmed figures of terrorists killed were being calculated.”

The reality is that some local villagers were injured, trees fell, and craters created. “We saw fallen trees and one damaged house, and four craters where the bombs had fallen,” said Mohammad Ajmal, a 25-year-old who visited the site, reported by CNBC. “They say they wanted to hit some terrorists. What terrorists can you see here?” said 62-year-old Nooran Shah, a resident of the village of Jaba, near the northeastern town of Balakot in Pakistan’s Khyber Pakhtunkhwa province. “We are here. Are we terrorists?, reported by the Japan Times.

The same outlet quoted Abdul Rasheed, a pick-up van driver around the area, who said, “No one died. Only some pine trees died; they were cut down. A crow also died.” Vijay Gokhale, India’s top diplomat said, “In the face of imminent danger, a preemptive strike became absolutely necessary.” But was there really any imminent danger from crows and trees? And therefore, was the Indian attack legal?

In the absence of any anti-India militants and their training camps with access to sophisticated missiles capable of reaching the Indian heartland, this Indian armed attack on Pakistani soil based on lies does not meet the four requirements of pre-emptive self-defense. It is enigmatic how a few villagers coupled with some trees and crows may have posed an imminent threat to India’s national security.

Rachel E. VanLandingham, a military justice expert at Southwestern Law School, said, “Here, [there was] no military necessity to release the video, and presumably it was released with the intent to humiliate the captive and, thus, the state of India, and, thus, Pakistan is in violation of Article 13.”

The biggest fraudsters are not from the money laundering groups or drug cartels; they are rather from academia, which is the biggest irony of our times.

Now, article 13 of the Third Geneva Convention says: Prisoners of war must at all times be humanely treated. Any unlawful act or omission by the Detaining Power causing death or seriously endangering the health of a prisoner of war in its custody is prohibited and will be regarded as a serious breach of the present Convention.

In particular, no prisoner of war may be subjected to physical mutilation or to medical or scientific experiments of any kind which are not justified by the medical, dental or hospital treatment of the prisoner concerned and carried out in his interest.

Likewise, prisoners of war must at all times be protected, particularly against acts of violence or intimidation and against insults and public curiosity. Measures of reprisal against prisoners of war are prohibited.”

Pakistan army rescued Abhinandan Varthaman from the mob. He was treated humanely and with dignity to which even the captured Indian soldier testified and promised not to change his statement if he ever returned to India. And in fact, after returning to India, he did praise the Pakistan Armed Forces again.

Prime Minister Imran Khan did not use him for any return from India other than peace. Yet, experts from American universities and think tanks with deep ties to the power system in Washington are too disciplined to violate the narrative set for them. The biggest fraudsters are not from the money laundering groups or drug cartels; they are rather from academia, which is the biggest irony of our times. They are the Rasputin of our times because they justify and sanitize evil deeds. The actions of both countries and the laws governing them are anything but vague.

China must stop threatening the sovereignty of Asian Neighbors: US Secretary of Defense

Saudi prince back on stage to Putin delight, Macron warning