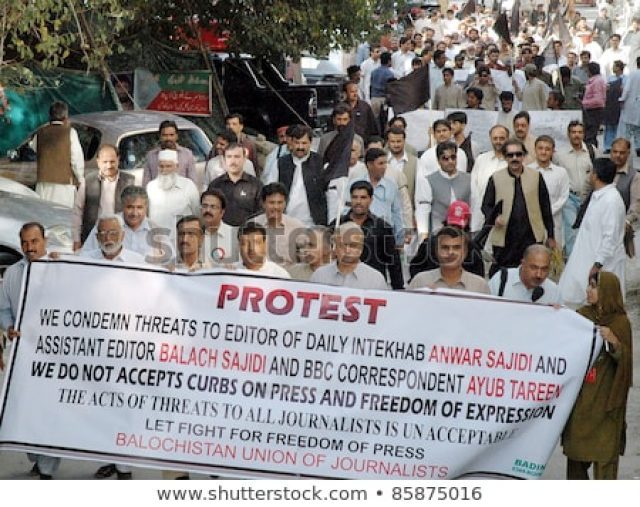 Balochistan should be oozing with optimism as Chinese and Saudi investment pours into the troubled Pakistani province. It is not. Instead, Balochistan, a key node in China’s Belt and Road initiative that borders Iran, is gripped by anger, fea, and uncertainty.

Local residents are hardly awaiting with baited breath Pakistani prime minister Imran Khan’s visit this week for the Gwadar Expo 2019 and ground breaking of several infrastructure and development projects, including an international airport, a power plant, a vocational training institute, and a hospital.

Against the backdrop of a history of neglect and underdevelopment, resource-rich Balochistan struggles with a failing health and education system, drought, and lack of basic infrastructure.

China has invested in recent years an estimated US$19 billion in Gwadar as well as roads and other infrastructure in Balochistan as part of the China Pakistan Economic Corridor (CPEC).

“The historical lack of investment in basic economic and social infrastructure in the province – except for extraction of natural gas for use in other provinces – has resulted in a low level of economic activity, implying a narrow tax base and limited fiscal resources to invest in development,” said economist Kaiser Bengali in a recently published study.

Beyond looking at Balochistan as a source of resource wealth, successive governments in Islamabad alongside the powerful military have viewed the province predominantly through the lens of security and law enforcement driven by domestic and geopolitical concerns.

Kech, Balochistan’s second most populous region known to be the province’s intellectual heartland from which many of its most prominent politicians, scholars, bureaucrats, poets, and writers hail, is a case in point. Access to the internet and 3 and 4G mobile services was cut off in Kech two years ago for security reasons. It has yet to be re-established.

Theoretically, all of that could change with massive Chinese and Saudi investment as well as Balochistan’s increased geopolitical significance given that it borders on Iran’s equally troubled Sistan and Baluchistan province.

Balochistan’s Chinese-supported port of Gwadar takes on added importance as Iran looks to its Indian-backed port of Chabahar, a mere 70 kilometers up the coast of the Arabian Sea, as a way to blunt the impact of crippling US sanctions.

The sanctions were imposed last year after the Trump administration withdrew from the 2015 international agreement that curbed Iran’s nuclear program. Chabahar is the only Iranian port exempted from the sanctions in a nod to India.

The Saudi investment coupled with the US and Saudi determination to force Iran to change its regional policies, if not its regime, have made the province alongside its equally underdeveloped neighbouring Iranian counterpart potential battlefields.

China has invested in recent years an estimated US$19 billion in Gwadar as well as roads and other infrastructure in Balochistan as part of the China Pakistan Economic Corridor (CPEC). China and Pakistan envision CPEC as a crown jewel of Beijing’s infrastructure- and energy driven Belt and Road initiative. For its part, Saudi Arabia is looking to pump more than US$10 billion into the building of a refinery in Gwadar and the development of a gold and copper mine on the Iranian border.

The problem is that the lack of a trickle-down effect has so far served to fuel anger rather than spark a sense of optimism among local Baloch. The Baloch have seen jobs being handed out to workers from other parts of Pakistan as well as China, parts of Gwadar being developed into a no-go zone for locals, and fishermen being banned from their traditional fishing ponds.

In addition, predictions that Balochistan’s indigenous population of 70,000 will be dwarfed by an estimated two million immigrants from other parts of Pakistan, as well as China, have reinforced a prevailing sense of uncertainty.

Read more: Railways Infrastructure in Balochistan being renovated ahead of schedule

Some of that anger and uncertainty has been channelled into anti-Chinese and anti-Pakistani nationalist sentiment with intermittent attacks on Chinese targets as well as militant religious assaults on the Pakistani military, law enforcement, and judicial outposts.

Similarly, Balochistan’s strategic geopolitical position is as much an asset as it is a problem. The Saudi investment coupled with the US and Saudi determination to force Iran to change its regional policies, if not its regime, have made the province alongside its equally underdeveloped neighbouring Iranian counterpart potential battlefields.

Cross border attacks and suicide bombings have added to uncertainty fuelled by statements coming out of Washington and Riyadh as well as reports of funds from Saudi Arabia flowing into militant anti-Shiite, anti-Iranian madrassas or religious seminaries that dot the Pakistani-Iranian border.

Mr. Rana expressed hope that Mr. Khan, the prime minister, would “help locals retreat from the jaws of uncertainty and fear.” To do that, Mr. Khan will have to do more that talk the walk and inaugurate projects.

The attacks together with the Saudi investment and evolving US and Saudi strategy has put strains on Pakistani-Iranian relations with each side pointing a finger to the other. In the media and among policy wonks, the finger pointing often amounts to the kettle calling the pot black.

“Fact (is) that there is a problem in Sistan-o-Balochistan where people are struggling for their political rights in their own province. It is a common grudge amongst the Baloch population in the Iranian Balochistan that they are under-represented in the government, bureaucracy and armed forces… Sectarian divide is another major source of friction in the province where overwhelming majority of Baloch are Sunnis… Poverty amongst the Baloch is the highest if compared to rest of the country,” said former Pakistani ambassador Asif Durrani who was last posted in Tehran.

Mr. Durrani’s comments were equally applicable to the Baloch province of his own country. Returning from a recent visit to Balochistan, Pakistani policy analyst Muhammad Amir Rana described “an environment of fear; the local journalists cannot report much about residents’ issues, not even water supply problems.”

Read more: Why has India given Rupees 7 billion to ‘Balochistan Liberation Army’?

Mr. Rana expressed hope that Mr. Khan, the prime minister, would “help locals retreat from the jaws of uncertainty and fear.” To do that, Mr. Khan will have to do more that talk the walk and inaugurate projects.

He will have to ensure equitable economic and social policies and address in deed both immediate concerns and existential fears. He will also have to manage an explosive geopolitical environment despite increasing economic and financial dependence on key external players. That could prove to be a tall order.