Balochistan and its fate in CPEC 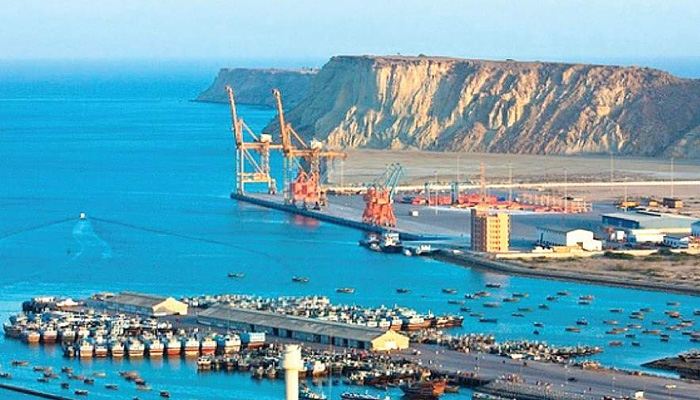 Ignorance over ignorance would be disastrous for this country and we should learn lessons from mistakes of history like Fall of Dhaka. Marginalization of Baloch people would cause risk to our national security, stability and unity. After the loss of East Pakistan, we could not bear any mistake of ignorance and marginalization. The grim and confusing situation of Balochistan CPEC projects is embarrassing as well as worrisome for all stakeholders. On one side we are trying to involving Baloch insurgents into the national stream and at the same time we are ignoring them and pushing them back to the wall.

Already we have seen a great loss in Balochistan from Taliban insurgent groups. We should learn from our failures and debacles and try to avoid them in future. Lessons from past ought to be learnt if the conflicts of the present are to be durably resolved. Once again the Balochistan is on the verge of a new crisis. In history, Balochistan has faced conflicts in 1948, 1958, 1963, 1973 and 2003. Baloch people are always alienated from rest of country’s progress and development projects. With respect to area Balochistan is the largest province and with respect to development and progress, it is the least developed province of Pakistan.

Ignorance over ignorance would be disastrous for this country and we should learn lessons from mistakes of history like Fall of Dhaka.

The current situation of Balochistan is the result of alienating policies of previous governments. In the time of PPP third term, Mr. Asif Ali Zardari went to Balochistan and apologize from the previous policies of Zulfiqar Ali Bhutto and Prime minister Yousef Raza Gilani started Programme “Aghaz-e-Haqooq e Balochistan”. This Programme showed Baloch people a ray of hope for development and job opportunities. Unfortunately, these policies could not continue in long-term during the period of next government. During the third term of PMLN government, the major project was CPEC and each province was supposed to be given their due share but this time again Balochistan and Baloch people are ignored from their due share.

PMLN government also reduced their share from Public sector development fund which is another wound on the chest of Balochistan. There are three alignments of CPEC, eastern, western and central alignment. Western alignment is part of Balochistan. The total length of western alignment is 705KM and out of this only 205 KM is officially existed on CPEC infrastructure projects. Balochistan government has shown their reservations and concerns on CPEC projects and due to their concerns, Chief Minister of Balochistan Jam Kamal Khan Alyani did not attend 8th JCC meeting arranged in Beijing. They claimed that they have received a minuscule share from the bouquet of CPEC projects.

Read more: No Work on CPEC’s Western Route? This is propaganda: Chief Secretary…

In recent days Balochistan Provincial assembly has passed a resolution claiming that Balochistan stood completely ignored and receiving a niggardly share in CPEC Pie. During the launch of Project, it was whimpered that Pakistan would be Asian tiger and Balochistan would be its tiger. But the story that is going on presenting a grim and opposite picture of claim. They claimed that on the eastern route all facilities of education, health, Job, communication and industrial development are available but no such facility is available on the western route. Chief Minister of Balochistan has added more to grievances by telling that only two projects of Balochistan are on CPEC framework one is Gawader port and second is Hubco china coal-fired power plant.

The report presented by Rafiullah Kakar published in DAWN newspaper who has served as the advisor to Balochistan government on CPEC projects presented a very dismal situation on the share of Balochistan in China Pakistan Economic Corridor. The monographic report of Transport infrastructure was completed in 2015 by both governments of china and Pakistan and it was approved in 5th JCC meeting. It provides the plan of short term, medium term, long-term transportation and infrastructure projects included in the umbrella of CPEC. This plan provides the construction of an expressway from Burhan to D.I Khan and up gradation of existing road from D.I Khan to Surab by 2020.

The grim and confusing situation of Balochistan CPEC projects is embarrassing as well as worrisome for all stakeholders.

In reality, no work has done on it after passing five years till the inception of the project in 2013. The situation became worse when three fourth of Balochistan projects are not included in CPEC framework. The work on the western route is not started yet but In contrast, the construction work on eastern alignment is likely to be completed by the end of 2019. One more example of this sad story is D.I Khan to Zhob road which was included in CPEC short-term project approved In 5th JCC meeting. Its feasibility study and PC-1 was completed in 2016 and approved by the executive committee of national economic council in 2017.

Subsequently, a loan request was made through an economic affair division for the loan but the project was postponed subsequently by Chinese authorities. The idea of CPEC was conceived in 2013 and still then no concrete steps has taken to materialize the Balochistan related project. Ominous clouds are floating on the horizon of Balochistan. Once again the government is ignoring development and progress In Balochistan. The progress of Pakistan is greatly linked with Balochistan, its progress and development has a role of backbone for the entire country.

Read more: Pakistan must ‘save’ CPEC before its too late

CPEC is flagship project of belt and road initiative (BRI) and it is a multibillion-dollar project. Out of 62 billion dollar project, the share of Balochistan is less than one percent. Balochistan government has shown their concerns over western routes from FATA to Zhob. They claimed that no progress has achieved on the western route. The only two projects which were given to Balochistan are Gawader and coal-fired power plant. The miserable thing is that western route which is promised with Baloch people is different than reality. No work has done on road and infrastructure projects.

This plan provides the construction of an expressway from Burhan to D.I Khan and up gradation of existing road from D.I Khan to Surab by 2020.

The situation becomes worst when govt. say this road is part of CPEC project but in actual it is not. The situation become worst when China stopped loan financing and govt. also refused to provide the loan. Every year govt. promised to provide a fund from Public sector development fund but when it comes to the pointing of action all things went to back burner. There are many projects which only exist on papers but in actual even their shadow is non-existent.

The shortlisted issues of Balochistan government are:

The situation is so much grim that no land acquisition has been made for western alignment. Zhob-Quetta and Quetta-Surab roads have become bone of contention. Because initially these two projects were being funded by the Asian Development Bank and after some time government announced to construct these routes through PSDP. Token money was allocated for these sections in 2017-2018 and 2018-2019 PSDP but no concrete steps were taken for these projects.

Every year govt. promised to provide a fund from Public sector development fund but when it comes to the pointing of action all things went to back burner.

Instead of making progress govt. has reduced these funds to the amount of 0.5 million rupees only. This thing shows that govt. has put these projects on the backburner. Against this backdrop, the situation is going worse and worse with each passing day. Nowadays the govt. of Balochistan is trying to include these two projects in CPEC umbrella.

The previous government was completely based on Punjab so people of Balochistan thought that they are being alienated and ignored in development and progress of the country. These feelings become stronger when the current govt. is doing the same thing as done by the previous government. Unless these politicians find the political will to change this discourse, issues of Balochistan cannot be resolved. Now come to the solution, the solution always lies in cooperation and teamwork.

Bilal Ghani is a graduate from UET Lahore. The views expressed in this article are author’s own and do not necessarily reflect Global Village Space’s editorial policy.

Previous articlePakistan yet to become a Maritime Nation
Next articleIndia, Iran arrive in Pakistan for tri-nation Kabbadi series

16 September 2021
Previous articlePakistan yet to become a Maritime Nation
Next articleIndia, Iran arrive in Pakistan for tri-nation Kabbadi series

Bilawal threatens the state: Will Sindh card work for PPP?

Pakistan Fighting On Two Fronts: With FATF & Against FATF