Lawmakers expressed serious concerns over the state of law and order in the province and demanded a fact-finding committee in order to expose those behind terrorist attacks in the province. This demand is valid and needs proper attention. 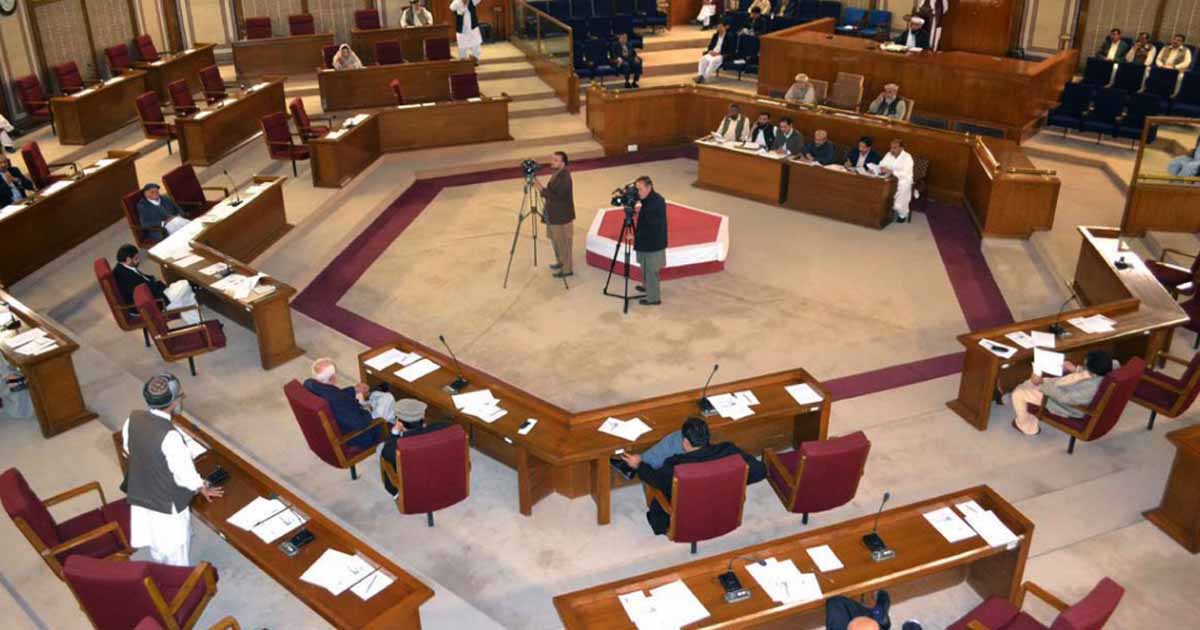 Once again lawmakers in the Balochistan Assembly have demanded setting up a fact-finding committee to probe increasing terrorist attacks in the province. The lawmakers have expressed their reservations over the state of law and order in the province and demanded immediate action by the government.

Nasarullah Zerey of the Pakhtunkhwa Milli Awami Party (PkMAP) expressed serious concern over the deteriorating law and order situation in the province and said that during the past 10 months more than a dozen terrorist attacks and bomb blasts took place in Quetta, Loralai, Chaman, Qila Saifullah and other towns and cities of the province.

He said the government had allocated over Rs40 billion for law and order but the situation was not satisfactory. “The real culprits behind these terrorist activities and crimes in Balochistan should be exposed,” Mr. Zerey said.

In August this year, during a debate on the law and order situation in the province, lawmakers in the provincial assembly recalled that three bomb attacks occurred in the heart of the city recently in which over a dozen lives were lost and up to 60 people suffered injuries. The session in the absence of Speaker Mir Abdul Qudoos Bizenjo and Deputy Speaker Sardar Babar Khan Musakhail was chaired by a member of the panel of chairmen, Mir Ahmed Nawaz Baloch.

Members on both sides of the aisle underlined the need for unity among opposition and treasury benches in the fight against terrorism. “We have buried more than 80 bodies of leaders and workers of the BNP-Mengal who became victims of terrorism,” Akhtar Hussain Langove said.

Opposition members in the Balochistan Assembly demands a fact-finding committee should be formed to probe into increasing terror attacks happening in the province.https://t.co/cA9MWUEAtk— The Express Tribune (@etribune) October 14, 2019

Qadir Nayal said that since 1999, over 2,000 people from the Hazara community had lost their lives in terrorist attacks. “The government should set up a commission for probing the genocide of the Hazara community,” Mr. Nayal suggested. Provincial minister Mir Saleem Ahmed Khosa said that hundreds of security personnel from the police, Frontier Corps and Pakistan Army had laid down their lives in the line of duty to protect the masses.

Prime Minister Imran Khan also said during a meeting of the federal cabinet that his government was taking action against the banned organization in the best national interest. PM Khan reportedly made it clear that anybody who challenges the writ of the state shall not be spared.

It is worth noting that while chairing a PTI’s parliamentary party meeting, the premier clarified that the crackdown on banned militant outfits was an internal security matter and the government had taken the decision without any external pressure.

Minister for Information and Broadcasting, Chaudhry Fawad Hussain said that the PTI government was determined to implement the NAP across the country. Federal Minister was in a TV talk show on a private channel when he made it clear that the government has made of its mind up that national discourse in the country needs to be reformed to make Pakistan a truly welfare state.

Read more: The days of neglect for Baluchistan are over: PM Khan

In March this year, Army chief General Qamar Javed Bajwa has assured the government of full cooperation in the implementation of the NAP. Local media reported that the Pakistan Army top brass agreed to supplement the government’s efforts to implement the NAP, and expressed their resolve to defend the motherland against any misadventure or aggression from across the border.

Army chief said while addressing the 219th Corps Commanders Conference at the General Headquarters that Pakistan is on the positive trajectory of peace, stability, and progress. “No one can make us budge through the use or threat of use of force. Similarly, policy and the right of use of force shall remain the prerogative of the state alone”, the army chief said while discussing the progress of NAP.

M. A. Jinnah: The savior of Indian Muslims

Is Moeed Yusuf’s interview with Karan Thapar a rebuttal to Nawaz’s talk with Cyril Almeida?

Khan reveals he only had spiritual interactions with Bushra Maneka