University of Azad Jammu Kashmir has retracted the ban on wearing lipstick in the varsity issued by its Education Department. However, this is not a rare instance of Pakistani educational institutions attempting to regulate the dress code of female students. 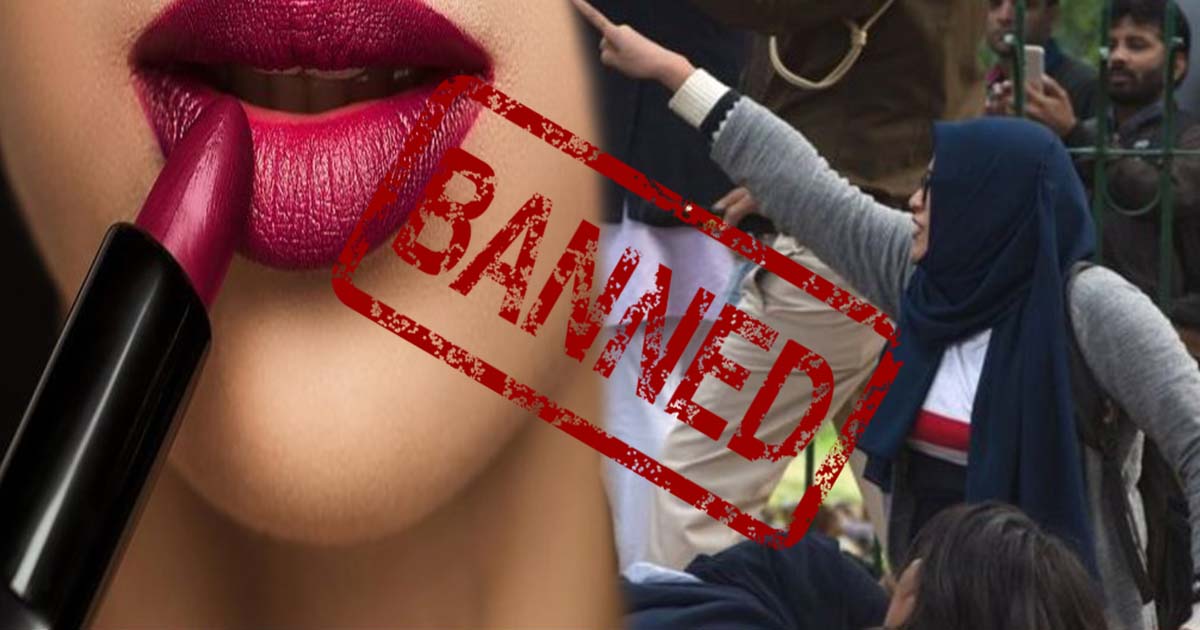 University of Azad Jammu Kashmir has retracted the ban on wearing lipstick in the varsity issued by its Education Department. The AJK University administration dubbed the notice illegal.

“The circular was issued by the Education Department. It has no legal standing,” said Tahir Azeem, AJK University’s spokesperson.

The image of the notice widely circulated on social media on Monday read that women found wearing lipstick on the campus will be fined Rs.100.

Is this for real? Lipstick banned in AJK university?! Who’s feeling threatened? Doesn’t the university board have better things to focus their time and energy to? Like teaching a feminist reading of Kashmiri history…Will we now resume erasing women’s images in public? pic.twitter.com/AA3d6lvoSv

Azeem said that the notice holds no legal significance and it was issued independently by the university’s department. “To maintain the sanctity of education and teaching, different departments issue a code of conduct,” he said.

The HR official was quoted saying, “The notification was restricted to the Institute of Education Department and was issued as a part of the department’s dress code policy.”

He said AJK University has strictly instructed the departments not to issue such instructions because it undermines the repute of thE institution.

Read this & more as ThePrint looks beyond the mainstream headlines in its unique feature #GoToPakistan@simrin_sirur reportshttps://t.co/4fp5S3wgWl

Sherry Rehman castigated the university administration that they should focus on better things instead of women’s lipstick. She said the university should rather teach Kashmiri women about the history of feminism in Kashmir.

However, this is not a rare instance of Pakistani educational institutions, including top varsities, attempting to regulate the dress code of female students. Recently, a private varsity had promulgated a ban on female students wearing jeans at the campus.

In another incident, abayas were distributed among school and college female students in a remote area of KP.

Three years back, authorities at a private university in Islamabad, FAST-NU, announced that women cannot wear westernized dresses while attending university. It promulgated a ‘proper’ dress code to be followed by women on university premises.

Read more: Pakistan’s Abaya compulsion in schools: Can it protect females from harassment?

The don’ts included disallowing women from wearing tight/fitted jeans, trousers, and sleeveless shirts/kameez. Not only this but female students were also prohibited from wearing short shirts, putting on make-up, or jewelry in the university.